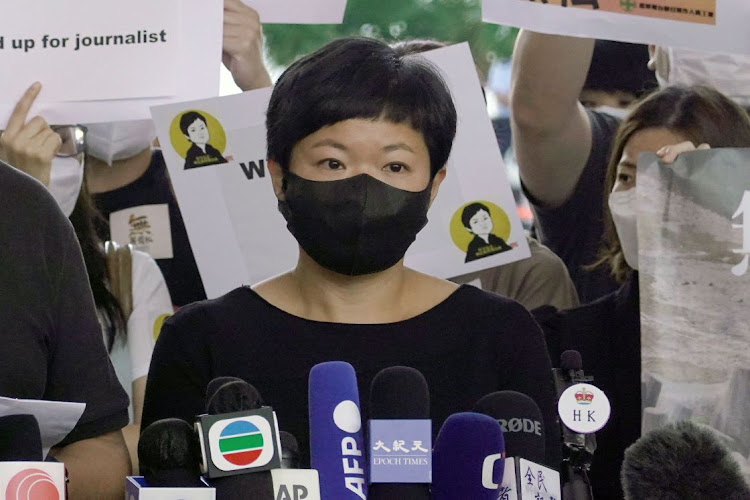 Hong Kong  —  A Hong Kong court found journalist Bao Choy guilty on Thursday of making false statements to obtain data for a documentary on the police handling of a mob attack on pro-democracy protesters, reporters and bystanders in 2019.

The case has fuelled concern over a crackdown on press freedom in the Chinese-ruled city, which has become increasingly authoritarian after a sweeping national security law imposed last year.

Bao Choy, 37, an award-winning freelance producer with public broadcaster RTHK, was arrested last year over vehicle registrations she had used for her investigation. She had used a government database to obtain some information.

“The regulations are not intended to allow the public to obtain vehicle particulars without limitations,” said the judge, Ivy Chui, who ordered Choy to pay a fine of HK$6,000 ($773) for violating a road traffic ordinance.

“The goal was to find the car owner’s name and address for an interview,” added Chui, a judge of the West Kowloon magistrate's court in the Asian financial hub. “Interviewing and reporting are not related to traffic and transport purposes.”

Choy had pleaded not guilty. Supporters outside the court held banners reading “Journalism is not a crime” and “Without fear or favour”.

“The court can find me guilty but I don’t say I am,” Choy told reporters after the trial. “I don’t say doing investigative reporting is a crime... I won’t give up my pursuit of journalism because of this case.”

Hong Kong Journalists Association chief Chris Yeung, standing next to her, said it was “a day of shame” for the city, adding that criminalising normal journalism work was “recklessly destroying” press freedom.

The July 2019 attack in the northern Yuen Long district, when more than 100 men in white T-shirts hit people with sticks and poles at a train station, struck a particularly sensitive nerve with many in Hong Kong.

The courts have yet to convict any of the attackers. Police have made 63 arrests over the attack, charging eight of the mob, media tallies show.

Police charged seven others present that night, including former democratic legislator Lam Cheuk-ting, with rioting. Lam was hospitalised after being wounded as he live-streamed the attack.

Officers were severely criticised for what pro-democracy activists and rights groups called a slack response, with some accusing them of colluding with triad gangsters.

Police have rejected the claims, blaming the slow response partly on protests elsewhere in the former British colony that had drained resources.

For the documentary, which was played in court as evidence, RTHK obtained data on the ownership of some cars seen in video footage on the night, in a bid to trace those behind the assault and highlight the alleged slow response of police.

The “7.21 Who Owns the Truth” investigation won Hong Kong's Kam Yiu-yu Press Freedom Award on Wednesday, RTHK said, citing a panel member as saying, “The report raised important leads that the people in power refused to respond to.”

RTHK did not accept the award, the broadcaster said.

The government has rejected criticism that Choy's arrest, and an overhaul of RTHK led by a bureaucrat with no media experience, represented a crackdown on press freedom.

Hong Kong's powerful police commissioner, Chris Tang, is among those who have called for laws against “fake news”.

Reporters Without Borders ranks Hong Kong 80th among 180 countries in terms of press freedom, in free fall over the past decade.

Hong Kong returned to Chinese rule in 1997 with the guarantee of continued freedoms that pro-democracy activists say are being slowly whittled away by Beijing. China denies the accusation.

US, Japan, Australia, the UK and others say the study was delayed and   lacked access to complete data
World
1 month ago
Next Article