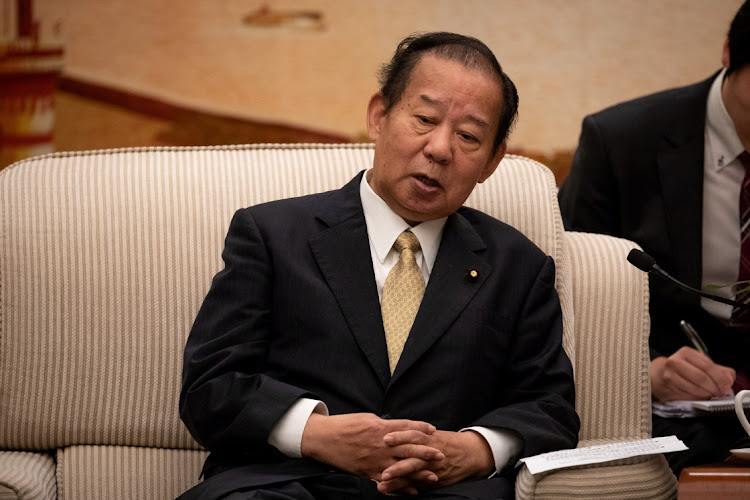 Tokyo — A senior official in Japan’s governing party indicated cancelling the Tokyo Olympics was an option as the country struggles with a surge in coronavirus cases less than 100 days before the Games are due to begin.

Toshihiro Nikai, secretary-general of the Liberal Democratic Party, said in an interview with TV broadcaster TBS if it was determined to be impossible to hold the Olympics, they would have to be cancelled.

“What would be the point of an Olympics that spread the infection?” Nikai added. Nikai is a veteran political broker whose support for Yoshihide Suga was crucial to him becoming prime minister in 2020.

Earlier on Thursday, Taro Kono, Japan’s vaccine tsar and administrative reform minister, signalled the possibility of holding the Olympics without spectators, according to Kyodo News.

Japan has stepped up virus prevention measures in six regions including Tokyo and Osaka, where new daily cases have hit record highs in April.

Since the 2020 Tokyo Olympics were postponed when the pandemic broke out, Suga has repeatedly expressed determination to press ahead with the event scheduled to start on July 23, flagging it as an opportunity to prove the human race has defeated the virus.

Nikai echoed these sentiments in the interview, saying the Olympics were a big opportunity for Japan, and problems in staging the event should be resolved one by one to make it a success. But his comments on a taboo topic come as Suga prepares to fly to the US to meet President Joe Biden, whose continued support will be key to keeping the plans on track.

Disputes have broken out over various aspects of the planning, including whether athletes should be given priority access to vaccines when elderly and vulnerable people have yet to be immunised. Japan has so far managed to administer only about 2-million doses of the vaccine to its population of 126-million people.

Overseas fans have already been excluded from the event, and officials have indicated that venues may operate at half capacity. Even so, a large number of people will still converge on Tokyo. More than 60,000 athletes, coaches, national team staff, media and other essential workers are expected to travel from more than 200 countries.

Polls show most of the Japanese public don’t want the Olympics to go ahead this summer. A survey conducted on April 10-11 by the Asahi newspaper found 35% of respondents said the sports spectacle should be cancelled, while 34% said they should be postponed again.

The Games are approaching, but there is a Covid-19 resurgence in many countries
Opinion
9 months ago