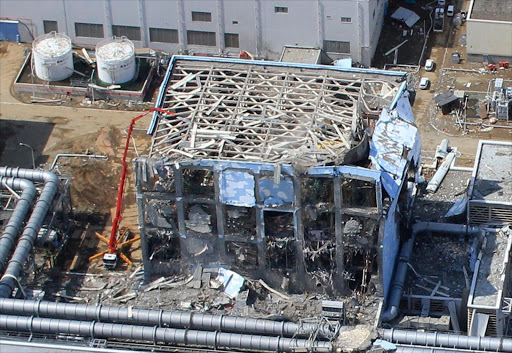 The Fukushima nuclear reactor after the March 2011 earthquake and tsunami. Picture: REUTERS

Tokyo — Japan will begin releasing more than a million cubic metres of treated radioactive water from the wrecked Fukushima Dai-Ichi nuclear power plant into the Pacific Ocean in about two years, the government says.

The controlled releases are expected to last decades. The plan was swiftly condemned by China’s foreign ministry and South Korea said that it posed a risk to the marine environment and the safety of neighbouring countries. The US said the approach appeared to be in line with global standards.

The decision ends years of debate over how to dispose of the water that is enough to fill more than 500 Olympic-sized swimming pools, which has been leaking into the power stations that suffered core meltdowns after an earthquake and tsunami in 2011. Discharges are common practice in the industry and Japan has said the releases will meet global guidelines.

While Tokyo Electric Power cycles in water to keep fuel and debris cool at the Fukushima site, about 100m³ of groundwater flows in daily and becomes contaminated. The tainted water is pumped out and cleaned in a process that removes most of the radioactive elements except for tritium. Then it is stored in one of about 1,000 tanks at the site that are forecast to be full by mid-2022.

Greenpeace criticised the plan and said there are other options Japan should consider.

“Rather than using the best available technology to minimise radiation hazards by storing and processing the water over the long term, they have opted for the cheapest option, dumping the water into the Pacific Ocean,” the group said.

A panel within Japan’s ministry of economy, trade and industry recommended last year that the water be released into the ocean or evaporated. The proposal stipulated that any water that is released into the environment be repurified and diluted to meet standards and that the discharges take place over decades, according to a December 2019 report from METI.

The International Atomic Energy Agency said in a report in April 2020 that those recommendations were “based on a sufficiently comprehensive analysis and on a sound scientific and technical basis”.

Despite criticism from neighbours including China, which said that Japan should not release the treated water into the ocean without full consultation and agreement with all stakeholder countries, the US said Japan has been transparent about its decisions.

Japan “appears to have adopted an approach in accordance with globally accepted nuclear safety standards” with regard to its decision on disposing radioactive water from Fukushima into the sea, US state department spokesperson Ned Price said.

Six units with a combined capacity of about 3.6GW are offline without any timeline for restart
World
7 months ago

Industry minister says no decision had been made on the disposal of the water, but the government aims to make one quickly
World
11 months ago