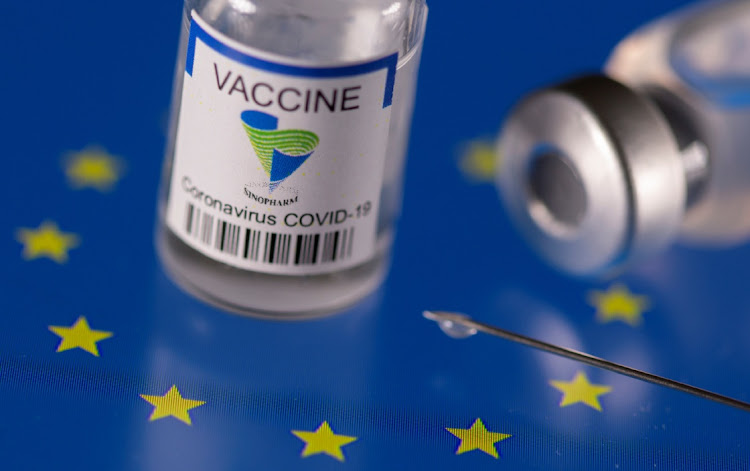 China is partnering with the United Arab Emirates to make millions of doses of its state-backed Sinopharm vaccine, in a deal that takes manufacturing of the shot overseas for the first time and deepens Beijing’s influence in the Middle East.

A newly created joint venture between Sinopharm and Abu Dhabi-based G42 aims to produce up to 200-million doses annually at a plant that will become operational this year, the companies said.

Production on a smaller scale has already started at an existing Gulf Pharmaceutical Industries PSC plant with a capacity of 2-million doses per month.

The UAE now becomes the first nation in the US-allied Gulf to set up a coronavirus vaccine production facility, boosting its efforts to become a supply hub to the Middle East and beyond. G42, which describes itself as an artificial intelligence and cloud computing firm, had helped roll out trials of the Sinopharm vaccine in the country last year.

The country has since overseen one of the world’s fastest inoculation drives, with most people receiving the Chinese vaccine. The locally made shot will be called Hayat-Vax — Hayat being the Arabic word for life — and is the same as the Sinopharm vaccine approved in the UAE last year.

“Thanks to the close collaboration with the UAE, Sinopharm’s vaccine has been now administered to millions of people in the country, the region, and the world in a fundamental step towards defeating this virus,” Sinopharm’s chair, Liu Jingzhen, said in a statement.

While the UAE has approved vaccines from Pfizer and AstraZeneca as well as Russia’s Sputnik, its inoculation program hinged on Sinopharm given early availability and the potential to produce the shots locally — key to the UAE’s aspirations of becoming a supply centre.

“I do believe there is huge demand in the region right now,” G42 Group CEO Peng Xiao said in an interview with Bloomberg TV.

“We are talking to more than 20-countries in the region alone who are very interested in accessing the vaccine.” Talks are also ongoing with countries in Central and Southeast Asia, Eastern Europe, Africa and Latin America, he said.

Abu Dhabi launched the Hope Consortium in November, a logistics grouping with the capacity to distribute more than 6-billion doses. Companies in neighbouring Dubai have also formed an alliance to move 2-billion doses of vaccines worldwide this year, focusing on emerging markets.

Late-stage trials in the UAE showed the Sinopharm shot was 86% effective in preventing infections, while results submitted in China indicated an efficacy of 79.34%. The UAE has administered third doses to a “small number” of people who didn’t develop antibodies after the first two Sinopharm shots, The National newspaper reported this month.

The Sinopharm vaccine can be transported and stored at normal refrigerated temperatures, making it a candidate for the developing world. The company’s annual production capacity for Covid vaccines is set to reach 3-billion doses, the People’s Daily reported earlier this month. It said about 60-million of the 100-million shots that Sinopharm has distributed in China and abroad have been administered.

The UAE is keen to expand its influence in China and other fast-growing markets in Asia. China was the UAE’s second-largest trading partner in 2019 after India, with $55.9bn in total trade — more than double what it had with the US that year, according to data compiled by Bloomberg.

The vaccine production deal will further bolster UAE’s ties with Beijing, which have strengthened since 2018 when President Xi Jinping visited Abu Dhabi and agreed to upgrade relations to China’s highest level. Foreign minister Wang Yi, who was in the UAE for an official visit, said on Saturday the countries will expedite bilateral production of vaccines.

​“It is a really clear signal that the UAE is China’s most trusted partner in the Middle East and it creates linkages with other countries in the region” said Jonathan Fulton, assistant professor at Abu Dhabi’s Zayed University and a specialist in China-Gulf relations.

Beijing has been building stronger Middle East links as part of its Belt and Road Initiative. On Saturday, it signed a 25-year deal with Iran outlining economic, political and trade relations. That poses an immediate challenge to US President Joe Biden’s administration as it seeks leverage with Tehran over resurrecting the 2015 nuclear deal.

Fulton described the Iran deal as aspirational. “The UAE relationship is not aspirational, they are deep into the implementation of it,” he said. “This shows the depth and the breadth of the involvement.”

BioNTech will conduct a probe at its production facilities, while Hong Kong will examine whether the logistics process caused the defects
World
4 months ago
Next Article