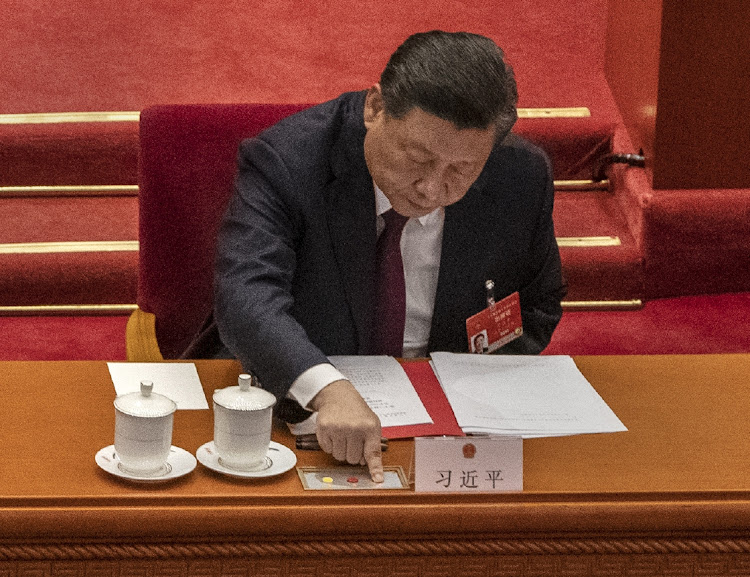 Chinese lawmakers have approved an extensive overhaul of how Hong Kong chooses its leaders, a momentous step in Beijing’s efforts to curb opposition in the Asian financial hub’s political system.

On Thursday, the National People’s Congress (NPC) passed, near unanimously, a proposal to change the size and composition of the body that picks the city’s CEO, and have it nominate local legislators. The rubber-stamp parliament also called for establishing a vetting committee to ensure candidates for office are “patriots,” effectively ending the only open elections under Beijing’s rule.

“The upcoming electoral reform will change who can get into the city’s assembly and who can elect the CEO, two important political institutions,” Nick Or, an assistant professor of public policy at the City University of Hong Kong, said before the vote. The action “will fundamentally change the political landscape in Hong Kong”, Or said.

The NPC’s passage of the “draft decision” was all but assured, even though it was only placed on the agenda a week ago and the full text wasn’t published before the vote. China’s national parliament has never voted down legislation submitted by the Communist Party leadership.

Some 2,895 lawmakers approved the revamp, with one abstention and none voting against. Lawmakers in the Great Hall of the People erupted in applause after the results were announced.

The measure puts the force of law behind Chinese President Xi Jinping’s call for “patriots” to run the former British colony. The NPC’s standing committee — a legislative body of about 175 members that meets every two months — is now expected to flesh out the overhaul before handing down the final plan for Hong Kong to implement.

The process mirrors how Beijing imposed a broad national security law on the city last year without public debate. Hong Kong CEO Carrie Lam said on Monday that the revamp would require the city’s Legislative Council (LegCO) to enact “more than 20 pieces of principle and subsidiary legislation”, which would be pushed through without the usual public consultations.

“After the principle of ‘patriots administering Hong Kong’ is fully implemented and loopholes of the existing electoral system are plugged, we will be able to resolve the problem of the LegCo making everything political in recent years and effectively deal with the reckless moves or internal rifts that have torn Hong Kong apart,” Lam said in a statement after the vote.

What is meant by “patriots” or who would decide who gets that label remains unclear. A senior Chinese diplomat in Hong Kong said this week that patriots were expected to “respect the Chinese Communist Party”.

Senior Chinese lawmaker Wang Chen told NPC deputies on March 5 that the electoral overhaul was necessary to prevent “anti-China forces” from “seizing the LegCo and seizing jurisdiction over Hong Kong.” Wang and Lam were among the officials sanctioned by the US in August over their roles in eroding the “high degree of autonomy” guaranteed to Hong Kong after its return to Chinese rule in 1997.

Thursday’s vote illustrates the challenge China poses to US  President Joe Biden’s pledge to check the global erosion of democratic institutions. On Monday, a bipartisan group of US lawmakers, including senators Ed Markey and Mitt Romney,  called on Biden to work with allies to support the people of Hong Kong.

Hong Kong’s opposition has already been decimated in the political battles of recent months. The LegCo’s entire pro-democracy bloc resigned en masse last year in protest against efforts to curb dissent and dozens of former lawmakers and top protest leaders have been jailed on national security charges.

The legislation will establish a “review committee” that vets qualifications of candidates for office, according to a text of the overhaul published by the official Xinhua News Agency moments after the vote. The 1,200-member body that picks CEO candidates will be expanded by 300 seats, Xinhua said, and the LegCo will have 90 seats, up from 70, reducing the relative power of individual members.

China’s goals includes diluting the influence of Hong Kong’s tycoons, especially in the property sector, the Beijing-leaning news website HK01 said in an editorial on Sunday. During the protests in 2019, Chinese state media indicated that authorities believed some of the discontent was the fault of developers who grew rich at the expense of the city’s development.

City University professor Or said that Beijing might face difficulty convincing Hong Kong that leaders installed under the new process are legitimate. “Beijing hopes the new reform can strengthen the executive-led system by eliminating the share of opposition in the legislature and improve policy-making in the territory,” he said. “But it is a big ask.”

After being in top spot for 25 years, it is now part of China, coming in at 107th, and deemed ‘mostly unfree’
World
6 months ago

Hong Kong residents told to stick with the facts

Hong Kong residents told to stick with the facts