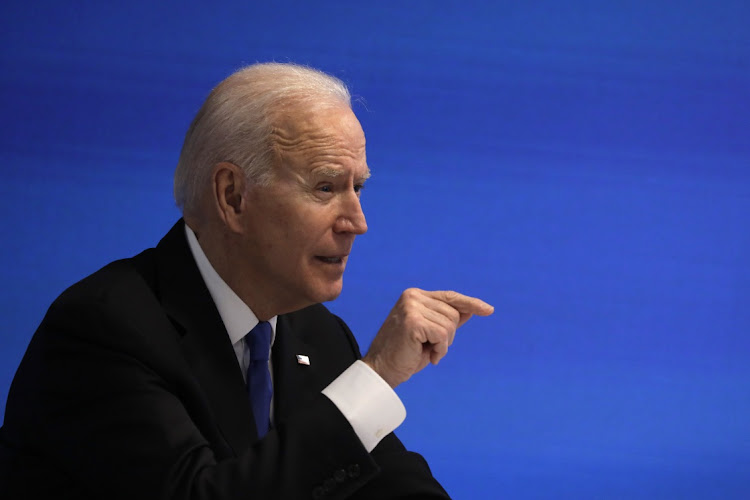 Seoul — With US policy towards North Korea in limbo as the new administration in Washington conducts a months-long policy review, former officials and experts are sparring over whether to shift focus from seeking the North’s full denuclearisation.

The administration of President Joe Biden says its review of North Korea policy will be finished in coming months, before announcing its plans for handling a rolling crisis that has bedevilled generations of US presidents.

The administration’s interim national security strategic guidance released later that day said Biden would “empower our diplomats to work to reduce the threat posed by North Korea’s growing nuclear and missile programs” while standing shoulder to shoulder with allies such as South Korea and Japan, but did not elaborate.

The strategy’s talk of threat reduction is notable and potentially positive if the administration embraces that as a short-term focus while retaining denuclearisation as a longer-term aspirational goal, said Ankit Panda, a senior fellow at the US-based Carnegie Endowment for International Peace.

“Threat reduction suggests a realistic appraisal of the situation on the Korean Peninsula — namely, that North Korea’s nuclear and missile capabilities need to be addressed short of total disarmament,” he said.

Regardless of the approach taken, analysts and former officials say it would be a mistake to wait for North Korea to make the first move, such as a long-range missile or nuclear test, and that Biden stands the best chance of making some progress by being proactive.

“One key lesson we’ve learned over time is the longer we kick this can down the road, the more limited our options become,” the US-based 38 North think-tank said in a recent report.

Among the proposals being raised by experts are limited arms control arrangements in exchange for easing sanctions on Pyongyang, establishing better diplomatic ties, conducting exchanges, and declaring an official end to the state of war that has technically existed since the 1950-1953 Korean War.

Several former members of Donald Trump’s administration, however, have called for Biden to double down on sanctions and the threat of military action to pressure North Korea into giving up its nuclear weapons, arguing that his “maximum pressure” campaign was never fully enforced or given time to work.

Many of these ideas were debated prominently when Trump’s historic meetings with North Korean leader Kim Jong-un raised the prospect that relations between the two old enemies could change.

But no significant breakthroughs were made and a growing number of observers say it is time the US tries something new.

Earlier this week, analysts at the James Martin Center for Nonproliferation Studies (CNS) said commercial satellite imagery showed North Korea recently built a structure over a pair of underground tunnels near Yongdoktong, where it is believed to store nuclear weapons, highlighting potential progress in expanding the North’s arsenal.

In February, Blinken told the UN-backed Conference on Disarmament that the US “remains focused on the denuclearisation of North Korea”.

38 North argued smaller steps could help reduce tensions and risks of conflict. Measures could include arms control agreements, scaling back military exercises with South Korea, building diplomatic ties, and declaring an end to the Korean War, while also working closely with allies and strengthening deterrence.

“The goal of denuclearisation should be maintained but reframed in a more realistic way that seeks to secure achievable limits on North Korea’s nuclear and missile capabilities in the near term,” the report concluded.

Trump’s former national security chief, John Bolton, blasted those ideas in a recent op-ed for Bloomberg Opinion, arguing the US needs to keep military options on the table. He feared Biden would adopt “weak arms control and non-proliferation diplomacy”.

Another of Trump’s former national security advisers, HR McMaster, told a US congressional committee on Tuesday Biden should not accede to initial agreements and payoffs just to get to the negotiating table.

“Acknowledging North Korea as a limited nuclear power and pursuing a strategy of containment is not acceptable,” he said.

A former adviser to South Korean President Moon Jae-in argued the goal of denuclearisation does not need to be dropped, but the US needs to be more flexible in making initial deals with Pyongyang.

“There’s unlikely to be any progress if they adopt a cognitive frame of ‘crime and punishment’, Moon Chung-in wrote in an op-ed for the Hankyoreh newspaper.