How Indian farmers started a protest 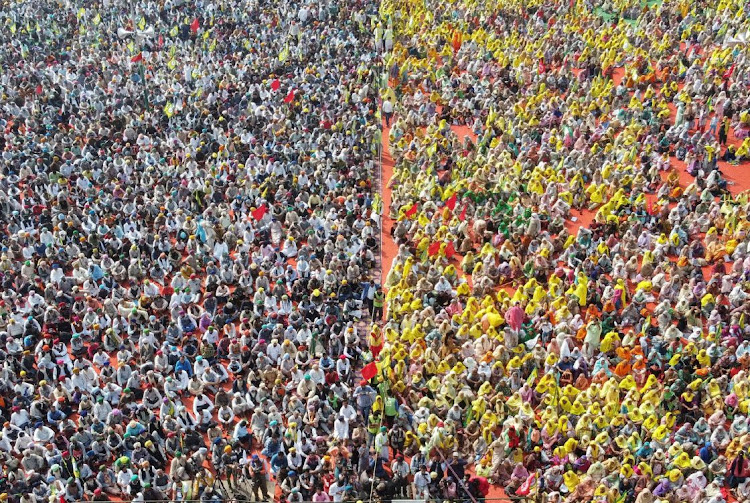 New Delhi — Indian Prime Minister Narendra Modi is struggling to beat back his biggest political challenge in years from a protest movement which began with disgruntled farmers travelling to New Delhi on tractors and is now gaining wider support at home and abroad.

Simmering in makeshift camps housing tens of thousands of farmers since last year, the movement has seen a dramatic growth in recent weeks, getting backing from environmental activists, opposition parties and even A-list Western celebrities.

At its heart are three new farm laws passed by the government last September, thanks to the majority Modi’s right-wing Bharatiya Janata Party (BJP) enjoys in the lower house of parliament.

“To frame this narrowly as agricultural frustration wouldn’t explain the scale of what we are seeing,” said Neelanjan Sircar, a political-science professor at Ashoka University.

“This is about some larger frustration with how the government conducts business.”

Since taking office in 2014, Modi’s government has faced increased criticism for suppressing dissent, curbing consultation on major decisions and using its majority to drive legislation through parliament.

Led by farmers from India’s northern Punjab state, the movement has spread to the country’s northern and western farm belts and is now nearing its 100-day mark.

Sugar cane farmers from the politically important Uttar Pradesh state, who are suffering lengthy delays in crop payments, are joining forces with rice paddy and wheat growers from other states in opposing the new farm laws.

“Our protest will only get bigger in the weeks and months to come as more and more farmers are joining our movement from other parts of the country,” said Joginder Singh Ugrahan, a farm leader from Punjab.

Western Uttar Pradesh’s sizeable Muslim population, whose opposition to the Modi government’s citizenship law in 2019 was quietened by heavy-handed policing, has allied with Hindu farm leaders to join the ongoing protests.

India’s wider civil society, which has seen its ambit steadily narrow during Modi’s term, has also thrown its weight behind the farmers’ movement alongside academics and students.

Senior government officials said they did not expect this level of pushback against laws intended to attract investment into India’s vast agriculture sector.

“The truth is that the laws were introduced to help Indian agriculture by revamping our dated and mothball post-harvest food supply chain,” said a government official, who has been involved in talks with farmers, on condition of anonymity.

“But perhaps there was an issue with communicating that message to farmers,” he added.

More recently, a wave of global support for the protests has complicated matters further for the Modi government.

Pop superstar Rihanna, Swedish climate change crusader Greta Thunberg and activist Meena Harris, the niece of US vice-president Kamala Harris, all tweeted in support of the farmers this month, drawing a rebuke from India's foreign ministry.

The subsequent arrest of Disha Ravi, a 22-year-old environmental activist linked to Thunberg, on sedition charges for creating and sharing an online document about the protests has only galvanised international support, advocacy groups say.

A Delhi court later granted her bail, citing a lack of evidence.

South Asian advocacy groups in the US and Britain say they are lobbying those respective governments to pressure India to stop coming down hard on farmers and their supporters.

“We are pushing for more action from the US government -particularly Congress — especially in the weeks ahead,” said Satjeet Kaur, executive director of The Sikh Coalition in New York.

The Sikh Federation in Britain said more than 100,000 people had signed a petition urging legislators to discuss the way the Indian government was “harassing” farmers, said Jas Singh, an adviser to the London-based group.

Ravi was charged with sedition for sharing a protest ‘toolkit’ intended to help farmers who have been protesting against controversial agricultural ...
World
1 month ago

She is accused of distributing a toolkit to help the farmers’ protest, a charge which carries a life sentence
World
2 months ago

Industry will ask minister Thulas Nxesi to put the move on ice until the dispute has been settled, TAU SA president says
National
2 months ago
Next Article