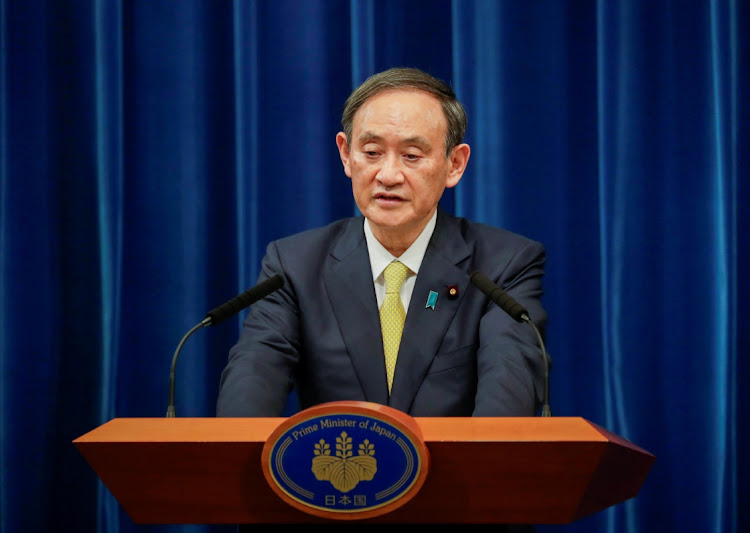 Tokyo — Japanese Prime Minister Yoshihide Suga’s choice of a popular minister to handle the rollout of the coronavirus vaccine is largely a move to boost rapidly-sinking support rates, but may also aim to neutralise a strong rival for his job.

Suga’s appointment of Taro Kono, Japan’s administrative reform minister, to co-ordinate preparations for delivering the vaccine comes as his four-month-old government is hit by widespread criticism and plunging support rates over its handling of the virus as a vital election looms later this year.

With polls showing support around 34% compared to 74% after he took office, there are already mutterings in political circles about getting rid of Suga, seen a sharp back-room operator but a poor communicator, unable to effectively marshal citizens to fight the most lethal wave of the coronavirus pandemic in the country.

“I think it’s a possibility that it’s sort of Suga giving a poisoned chalice to Kono, because of course he’s an obvious candidate for succession and Suga is very much aware that there’s open discussion about his replacement already,” said Koichi Nakano, a political science professor at Sophia University.

The job of co-ordinating between ministries responsible for vaccination is likely to be tricky, but given the high-profile nature of the job and Kono’s ambitions, refusing was not possible.

“This is a way Suga can tie Kono’s political ambitions with his own. He can ensure that Kono will be working for him for his own political advancement,” Nakano said.

The outspoken Kono, who boasts a large social media following and has vowed to abolish inefficiencies such as personal seals and fax machines, was the peoples’ first choice for prime minister in an opinion poll released this week.

“Kono’s extremely popular and he’s regarded as being quite effective, while Suga’s government is losing support and he’s trying to save things,” said Tomoaki Iwai, a political science professor at Nihon University.

“Kono is good at communicating. People will listen to him.”

Many in the LDP, the ruling party, remain wary of the overseas-educated Kono, 58 and a former foreign and defence minister known for his diplomatic experience — a weakness of Suga’s.

Konosaid in an interview last week the Tokyo Olympics may not go ahead this summer as Suga’s government has pledged.

“We need to do the best we can to prepare for the Games at this moment, but it could go either way,” Kono said, setting off a fury of damage control.

Kono on Tuesday was warier, saying only he would do his utmost so as many citizens as possible could be inoculated as early as possible. Japan, which has yet to approve any vaccine, aims to start at the end of February.

Public opinion on the appointment was divided, with some on social media hailing the move but a majority more cynical.

“Suga is simply using Kono to boost his own support,” wrote one Twitter user.

Despite having the world's second-highest number of Covid-19 deaths, vaccination plans have been delayed by contradicting measures and political ...
World
2 months ago

The Treasury is exploring a range of potential financing options for Covid-19 vaccines, with more than 30-million doses promised so far
Economy
2 months ago