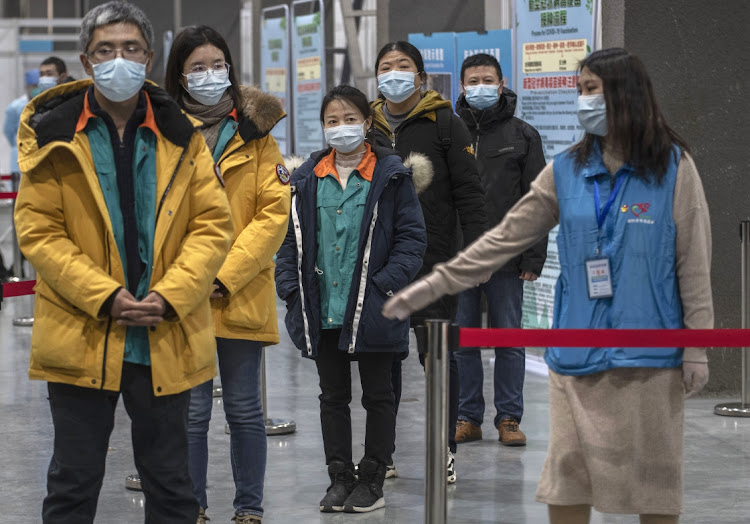 The resurgence of Covid-19 in China has led to lockdowns and calls for citizens not to travel during the upcoming Lunar New Years holidays, stoking concern that oil and fuel demand will take a near-term hit.

People are being encouraged to remain in their cities to prevent the spread of the coronavirus, with some provinces offering cash incentives, or hongbao, and food vouchers to those who choose to stay home. China State Railway Group cut its estimate for the number of travellers over the festive period to 296-million from 407-million amid low train ticket bookings, Xinhua news agency reported. While it’s a significant drop, it’s still higher than 2020.

Uncertainties about Chinese demand are starting to flow through to the physical oil market. Some buyers are sitting on the sidelines and that’s contributing to a slump in spot trading sentiment, according to traders, with Russian Far East and Middle Eastern grades selling at narrower premiums to benchmarks.

Hundreds of millions of Chinese typically travel during the Lunar New Year period, crowding trains and airports as they return to their hometowns for the festivities. The ministry of transport expects a significant drop in travellers over the 40-day period from January 28 to March 8, with commuters shunning long-distance bus rides in favour of other options such as private cars.

China was the only major economy to expand in 2020 after the nation largely contained the pandemic within its own borders following strict lockdowns and sweeping testing programmes. The latest Covid-19 outbreak is the largest in months and started in the province of Hebei that surrounds Beijing.

Some independent refiners in Shandong province are considering cuts to crude processing as fresh lockdowns crimp fuel demand, said Jean Zou, an analyst with Shanghai-based commodities researcher ICIS-China. Margins are likely to be squeezed because they regularly supply fuels to Hebei, where several cities have been sealed off due to the outbreak, including the capital Shijiazhuang.

Oil markets have recently weakened despite Saudi Arabia’s move to deepen output curbs over the next two months, a timeline that overlaps with peak refinery maintenance in Asia. March-loading cargoes of Russian ESPO crude traded at a premium of $1 to $1.20 a barrel against the Dubai benchmark this week, down from $2.90 to $3.50 agreed to in December.

Differentials for Middle Eastern grades are also being squeezed, with Abu Dhabi’s Murban trading at a steep discount to its official selling price and Qatar’s Al-Shaheen selling at a much lower premium. An open arbitrage window for flows of US oil into Asia has also exacerbated the weakness.

Sales of Angolan crude — most of which is regularly purchased by Asia — have been slower so far in January compared with a month earlier, with about a quarter of February-loading cargoes still unsold, according to traders.

China’s rebound in 2020 drove a strong recovery in physical markets, with refiners sparking bidding wars at various times for cheap spot cargoes. The recovery led to the nation processing a record volume of crude in 2020.

RLX Technology, backed by Sequoia Capital China, is selling 116.5-million American depositary shares at $8 to $10 each, according to a US filing
World
3 months ago

Security concerns ahead of the US presidential inauguration are also dragging on investor sentiment, said PVM Oil analyst Tamas Varga
Markets
3 months ago