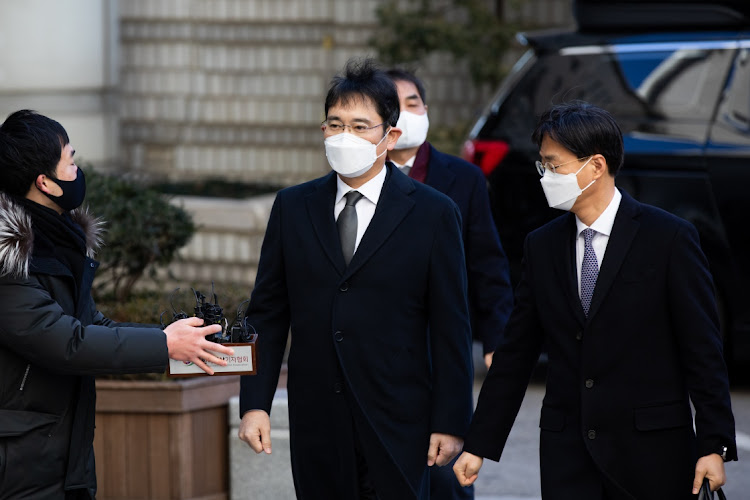 Seoul — South Korean prosecutors have requested a nine-year prison term for Samsung Electronics’s Lee Jae-yong, seeking to put the heir apparent back in jail in a bribery case that rocked the nation and ignited a backlash against its most powerful conglomerates.

Special prosecutors proposed the sentence during a Wednesday hearing at the Seoul high court, which will make its ruling in the coming months. “There’s no denying that it has made a lot of positive impact on our society,” according to a transcript of closing arguments from prosecutors, referring to Samsung. “But just because there’s been an economic contribution, there should be no hesitation in legal enforcement based on the rule of law.”

The billionaire is fighting allegations of graft in a retrial of a case that started four years ago and led to his imprisonment and the ouster of former president Park Geun-hye. The outcome of the case could snarl succession at Samsung, just as Lee is expected to formally take the helm of the mobile and electronics giant after the death of his father in October.

The executive stands accused of making gifts to cement his control over the world’s largest smartphone maker and smooth his ascension. Lee served a year in jail before his release in 2018 after an initial five-year prison term was halved and suspended by an appeals court. But in August, the supreme court voided that decision, thrusting the executive back before a judge. Lee faced a tougher sentence this time — a minimum of five years — because the amount of alleged bribery acknowledged by the top court increased.

Yet experts viewed a decreasing chance of imprisonment as the trial drew to a close. Judges at the high court asked Samsung and Lee to impose measures to prevent illegal activity and improve credibility among the group. Lee responded by setting up an independent compliance committee and issuing a personal apology in May over past wrongdoings related to the succession process. He also pledged publicly not to hand down leadership of the Korea’s largest conglomerate to his children. The compliance committee’s activities will be factored into Lee’s eventual sentencing.

The bribery allegations stem from a controversial merger in 2015 between two Samsung units, which helped Lee gain control over the group. Prosecutors argued that Samsung offered race horses and financial contributions, via an intermediary, to a confidante of former president Park to try to win the government’s support for the deal.

Lee, who stepped down from an internal director post, remains the tech company’s vice-chair and de facto leader. Though his father and chair Lee Kun-hee died in October, the Samsung scion has not been immediately crowned his successor. Samsung is likely to hold off on naming Lee to that role at least until the trial is completed in coming months.

Separately, Lee is embroiled in another trial related to the controversial 2015 merger, with allegations ranging from violation of capital market laws to breach of duty. Prosecutors indicted Lee in September and hearings are set to resume on January 14.

Lee is the highest-profile business figure in a corruption probe that many hoped would reform the powerful and resented chaebol system. This ruling ...
World
3 years ago

The charismatic leader of Samsung and South Korea’s richest person, grew it into the country’s biggest conglomerate
Companies
7 months ago
Next Article