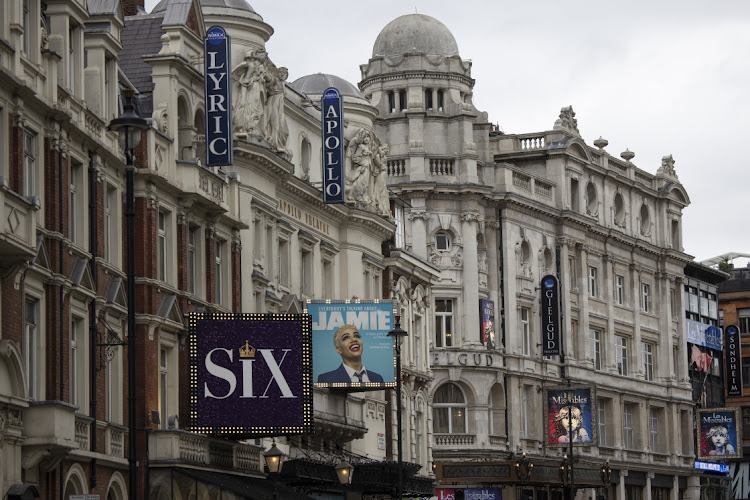 London — The trade deal that both sides of the English Channel say reflects a new era of co-operation is essentially a sideshow for the City of London, which is still awaiting its own seal of approval from the EU.

EU officials must rule separately that British financial regulations and oversight are strong enough to create a level playing field. Without that, a steady leakage of business — already under way in some areas — may become a daily reality for the UK’s finance industry.

Prime Minister Boris Johnson has already said in an interview with the Sunday Telegraph that, when it comes to financial services, the treaty “perhaps does not go as far as we would like”. Chancellor of the exchequer Rishi Sunak said that discussions with Brussels over access for financial services will continue.

While there has been progress in preventing Brexit from upending financial markets in the short term, there is little consensus on the ultimate nature of the UK finance industry’s relationship with the EU, just days before it loses much of its long-standing access to the bloc.

“The dangerous bit is that you are seeing people moving assets, moving trading books to other locations,” Howard Davies, chair of NatWest Group, said. “The risk is that as that happens, then the staff follow over time.”

The hope among British bankers, regulators and politicians is that the trade deal helps unlock a separate agreement for finance. The industry is a pillar of the UK economy, employing more than 1-million people and accounting for more than a tenth of all tax revenue.

“While a deal is welcome, financial and related professional services are clear-eyed about the need for both sides to continue to develop the relationship in services,” said Miles Celic, CEO of TheCityUK, representing Britain’s finance hub.

Likewise, bankers in Europe are eager for clarity. The Association for Financial Markets in Europe, one of the region’s biggest industry lobby groups, called for an agreement on “equivalence” decisions which would smooth cross-border financial market access.

“We hope that this lays the foundation for further co-operation on financial services,” said Adam Farkas, the association’s CEO. “It is important that the EU and the UK now urgently put in place outstanding equivalence decisions to mitigate disruption at the end of the transition period and ensure a smooth adaptation to the new relationship.”

Still, even the most optimistic financiers concede that the status quo, with London as the financial hub for an entire continent, is unlikely to hold.

European Commission president Ursula von der Leyen has vowed “all will change” in the City of London’s relationship with the EU. In a sign of what is to come, Bank of France governor Francois Villeroy de Galhau warned Europe’s banks in October to prepare for a longer term shift away from using London clearinghouses, which underpin the multitrillion-dollar derivatives markets.

It goes “back to this core and fundamental question of where Europe wants to have its centre of financial activity,” Mairead McGuinness, European commissioner for financial services, told Euronews in December. “It certainly will not, in the long term, continue to be the City of London.”

With Britain suffering its worst recession in more than three centuries, it can ill afford damage to the finance sector that paid about £75bn in tax in 2018. Despite that, financial services garnered little of the attention bestowed on fishing in the trade talks, even though every fisherman in the UK could fit in the City of London’s latest office tower.

“Nothing against fishermen, and I eat a lot of fish, but nonetheless the financial sector is a larger share of the economy than the fishing sector and yet we hear nothing,” Davies said in an October interview.

Companies including JPMorgan Chase and Goldman Sachs have recently started to shift more business to the bloc. The moves, which for JPMorgan included €200bn in assets and 200 staff, are just the “first wave”, Dorothee Blessing, the head of the firm’s Frankfurt unit, said in September.

Non-German lenders are moving €397bn of holdings to Germany, taking their combined balance sheet there to €675bn at the end of the year, the Bundesbank said in November. The European Central Bank has said banks have agreed to ultimately move a total of €1.3-trillion of assets to the euro area.

Elsewhere, more than half of stock trading in London is in shares of European companies and may migrate to EU venues. Last month, the 300-year-old London Stock Exchange joined other trading venues in opening a platform in the EU because of the absence of a deal for finance.

For now, London has hardly been hollowed out and it holds formidable advantages that will take years, if not decades, to erode. Plenty see an opportunity for the City of London, whose global stature is testament to its long history of adaptation.

“London will reinvent itself to remain a hub,” said Ali Jamal, founder of wealth manager Azura, which has an office in Mayfair and manages about $3bn. “No city in Europe can compete with London on three factors: language, legal system and infrastructure.”

Still, it has been hard preparing for a future that is both murky and complex. The government arranged a webinar for finance firms in October, with a pre-recorded speech and slides on topics such as accounting, emblazoned with the branding “UK’s new start, let’s get going”, according to one attendee who asked not to be named. The content was too general to be useful, the person said.

The trade deal offers some certainty to the broader economy, which will indirectly help the banks. “Reaching a trade deal is important for our corporate clients as they will want to avoid the impacts of tariffs on cross border trade in goods,” said James Bardrick, UK head of Citigroup.

The deal may also help unlock what Bardrick and his peers want most: an EU declaration that UK regulations are robust, known as equivalence. This ruling would enable business to continue largely as usual — but it is in the hands of the EU, which can also withdraw equivalence at short notice.

Over the long haul, much will depend on the course of political horse-trading for finance and what regulators and supervisors expect, according to Citigroup’s Bardrick. “We and the rest of the industry may need to evolve our plans and staffing levels to serve our clients in Europe effectively,” he said.

It is that lingering uncertainty that is set to define the City of London’s future even as the UK begins to negotiate trade accords in earnest.

“Four years ago a nation decided to shoot itself in the foot and see if it could run a race,” said Michael Mainelli, executive chair of finance consultancy Z/Yen, who was elected sheriff of the City of London in 2019. “Brexit is an unnecessary distraction. Nobody has shown me a single advantage economically in any shape or form.”

The grueling, relentless discussions to arrive at a very thin trade deal is simply a taste of what’s to come
Opinion
3 months ago

Free movement between Britain and the EU will end; pets may be a problem; and finance firms will lose their passport to offer services across the EU
World
3 months ago

Johnson is already spinning the still unsigned deal as a victory, but at least one economist thinks the EU is sitting pretty
World
3 months ago
Next Article