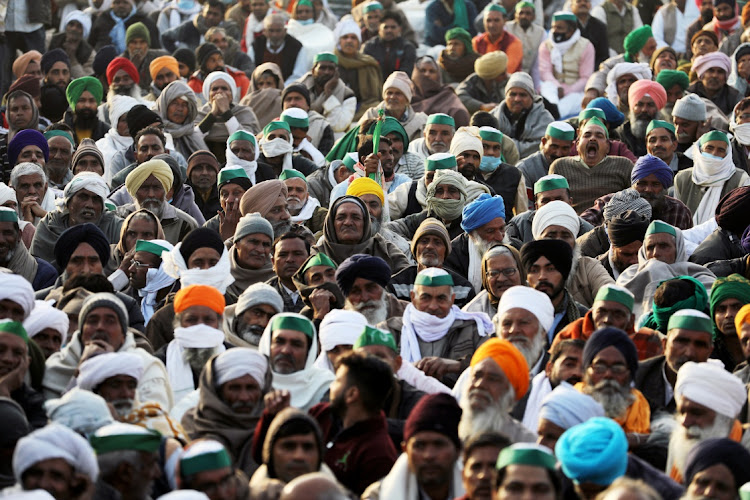 New Delhi — Indian Prime Minister Narendra Modi has defended India’s biggest farm reforms in decades but has offered to “very humbly” hold further talks with farmers protesting against the laws they fear would erode their incomes.

Tens of thousands of farmers have blocked roads leading into New Delhi for the past three weeks demanding a repeal of laws that give them the option to sell directly to private companies.

The government says the change is necessary to boost farm returns and improve storage and other infrastructure.

But the farmers, mainly from the northern agrarian states of Punjab and Haryana, fear private companies would eventually dictate terms and the government would stop buying grains such as wheat and rice from them at a minimum guaranteed price.

In online remarks to farmers of the country’s biggest wheat-producing state, Madhya Pradesh, Modi said there should be no cause for concern and repeated the government’s position that farmers would be assured of a price.

“The modern facilities available to the farmers of major nations should also be available for those from India, it cannot be delayed any longer,” he said. “Still, if anyone has any apprehension, and in the interest of the farmers of the country and to address their concerns, we are very humbly ready to talk on every issue.”

His comments came as farmers, many over 60, brave north India’s harsh winter to camp out in the open on Delhi’s borders with their tractors and trailers parked bumper to bumper.

After a series of previous meetings with Modi’s ministers, the protesters have said that nothing short of an official annulment of the three laws will be enough to change their position.

Rakesh Tikait, a farmers’ leader, said after Modi’s speech that the premier was trying to privatise agriculture to benefit companies and not them.

The largest 1% of farms operate more than 70% of the world's farmland, according to a new study
World
5 months ago

The question was could we feed all the planet using just our existing agricultural infrastructure? The answer turned out to be yes
World
4 months ago
Next Article