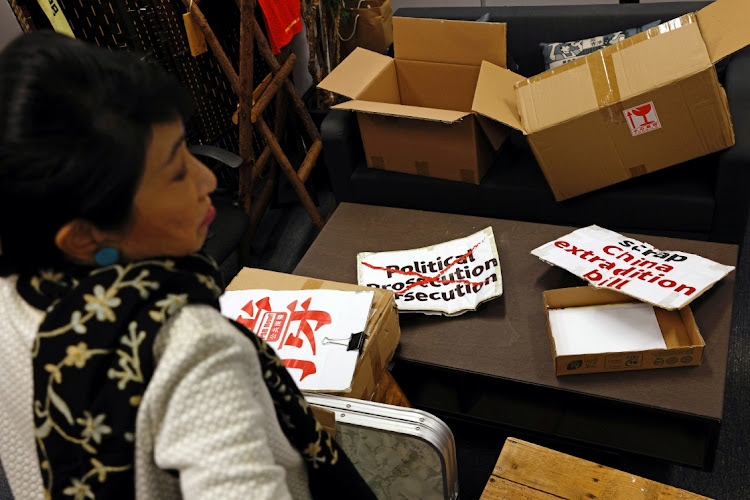 Beijing  — China said on Thursday it would revoke visa exemption treatment for US diplomatic passport holders visiting Hong Kong and Macau after the US imposed financial sanctions and a travel ban on more than a dozen Chinese officials.

Beijing will also implement reciprocal sanctions against some US officials, members of Congress, personnel at non-governmental organisations, and their family members, over their “vile” behaviour on Hong Kong, foreign ministry spokesperson Hua Chunying told a news conference.

China urges the US not to go further down this “dangerous and mistaken path”, Hua said.

She declined to give any names of those sanctioned or to say when the sanctions would start.

The US on Monday imposed financial sanctions and a travel ban on 14 Chinese officials over their role in adopting a national security law for Hong Kong and over Beijing's disqualification last month of elected opposition legislators in Hong Kong.

The US action was widely seen as part of an effort by outgoing President Donald Trump to cement his ''tough on China'' legacy and to push president-elect Joe Biden into taking a similarly hardline position on Beijing at a time of bipartisan anti-China sentiment in Congress. Biden takes office on January 20.

In August, the Trump administration slapped sanctions on Hong Kong CEO Carrie Lam and other top officials over what it said was their role in curtailing freedoms during a crackdown on the territory’s pro-democracy movement.

The arrest of eight people, including students and social workers, has heightened  concern about an erosion of academic freedom in the city
World
5 months ago

In October alone, nearly 60,000 British National (Overseas) passports were issued, 52% more than in the same period in 2019
World
5 months ago

China’s top chipmaker, SMIC, and oil giant CNOOC bring the total of blacklisted Chinese companies to 35, a move condemned by China
World
5 months ago
Next Article