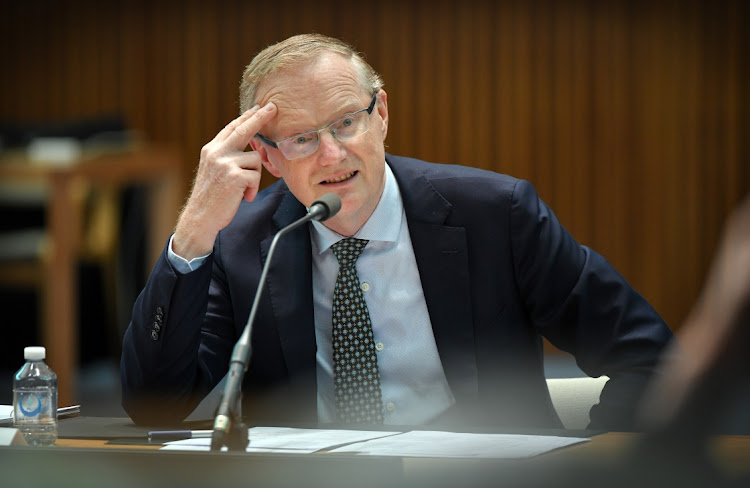 Sydney — Australia’s recovery is poised to accelerate as households with more cash —  joined by Victorians released from Covid-19 lockdown — fuel a spending boom, after the economy exited its first recession in three decades.

GDP  advanced 3.3% in the three months through September, exceeding estimates, as consumption surged by the most in the 60-year history of the report, the Australian Bureau of Statistics said in Sydney on Wednesday. The rebound came after the economy contracted 7% in the second quarter.

The expansion occurred as Victoria state, representing a quarter of the economy, was shuttered to contain a renewed Covid-19 outbreak and before the announcement of the additional fiscal-monetary injection. Reserve Bank chief Philip Lowe has made clear he’s prepared to run the economy hotter than normal, given elevated unemployment and little risk from price pressures.

“The first step was to build the bridge to get us over the pandemic,” Lowe said in parliamentary testimony on Wednesday. “We’re coming down the other side of that, we’re kind of ramping off the bridge and now it’s building the road to recovery.”

While the recovery is gaining traction, the outlook for employment, wages and inflation is more clouded. Unemployment stands at 7% and the central bank expects it will still be at 6% two years from now.

“I think we have got to get back to an unemployment rate of 4-point-something to get the type of wage pressures that will deliver inflation outcomes consistent with 2.5%,” Lowe said. The Bank does not intend to raise interest rates until inflation is sustainably within its 2%-3% target and doesn’t expect this to happen for at least three years.

The resumption of growth brings an end to Australia’s first technical recession — defined as two consecutive quarters of contraction — in 28 and a half years. Its record run included avoiding slumps during the 1997 Asian financial crisis, the dot-com bubble and the 2008 global financial crisis.

The Bank and government have worked closely to support the economy, with the bank in November enacting further stimulus that included reducing interest rates to 0.10% and initiating a A$100bn bond-buying programme over six months. Lowe said he had an “open mind” about whether he would extend the programme.

Australia has benefited during the pandemic from China’s stimulus to revive its economy, which has fuelled commodity prices. But ties have sharply worsened and Beijing, which takes about 35% of Australian exports, has slapped tariffs on some imports, refuses to take calls from ministers in Canberra and has gloated over alleged Australian war crimes.

“It’s obvious the relationship is strained,” Lowe said Wednesday. “There are economic consequences and we’re still trying to work out how extensive they will be. It will depend upon whether these relationships remain strained or whether they’re repaired.”

Still, with households cashed up, the cost of borrowing low and Covid-19 contained, retailers are set for a bumper holiday period. Moreover, with international borders shut, tourism operators are also set to boom as Australians usually spend more abroad than visitors do Down Under, meaning more cash will now be spent at home.

“Recent medical breakthroughs give us some hope that things will work out better than this,” Lowe said. “If so, confidence would lift and there would be a further easing of restrictions. The result would be an upside surprise to growth and jobs, especially given the significant policy stimulus that is already in place.”