Consuls general for the US, Canada, UK and Australia warn of the rising risks for journalists 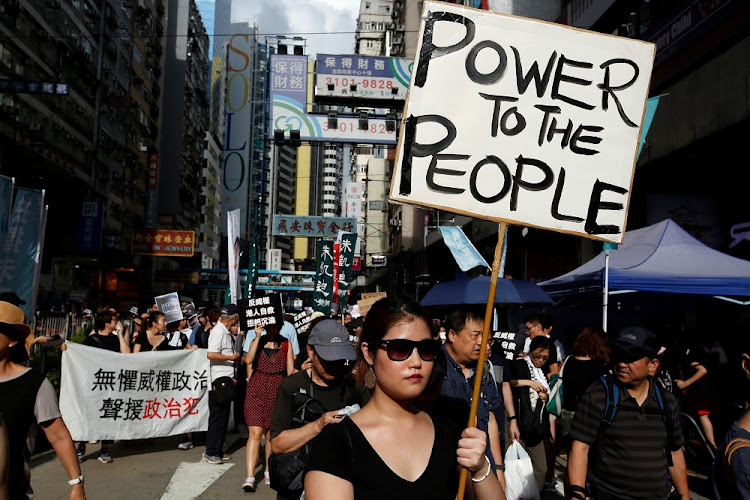 Hong Kong — A group of Western envoys to Hong Kong has condemned the erosion of media freedoms in the Asian financial hub, a situation they say has been worsened by Beijing’s imposition of a “vaguely defined” national security law.

In a jointly written opinion piece in the South China Morning Post, the consuls general for the US, Canada, UK and Australia warned of the rising risks for journalists operating in Hong Kong. The city’s journalists have been working through an extended bout of political turmoil since large, sometimes-violent protests broke out in 2019, followed by China’s decision to bypass the local legislature and impose the controversial new security measures over the summer.

“Hong Kong is a vibrant international city but media freedom here is under attack,” they wrote. “The many cases of violence against media during the civil unrest last year were the starkest examples of a years-long downward trend marked also by the expulsion of foreign journalists, increasing restrictions on media access, and harassment and demonization by political actors.”

Although the former British colony still maintains press freedoms unique from mainland China, where media outlets are mostly controlled by the Communist Party and regularly censored, the city has slipped gradually in global rankings of press freedoms. Hong Kong is ranked at 80th place worldwide in a Reporters Without Borders global ranking, down from 18th place in 2002.

The sweeping security legislation — which bars subversion, terrorism, secession and foreign collusion — has also had a chilling effect on free speech in the city, with some protesters arrested for holding up banners advocating for revolution and independence. Police also arrested prodemocracy activist and media tycoon Jimmy Lai under the security law and searched the offices of his flagship Apple Daily newspaper, a move that was condemned by the UK.

“With the imposition of the national security law, media in Hong Kong — or those abroad reporting on Hong Kong — must now try to navigate vaguely defined laws in an environment of heightened scrutiny and potential punishment,” they wrote.