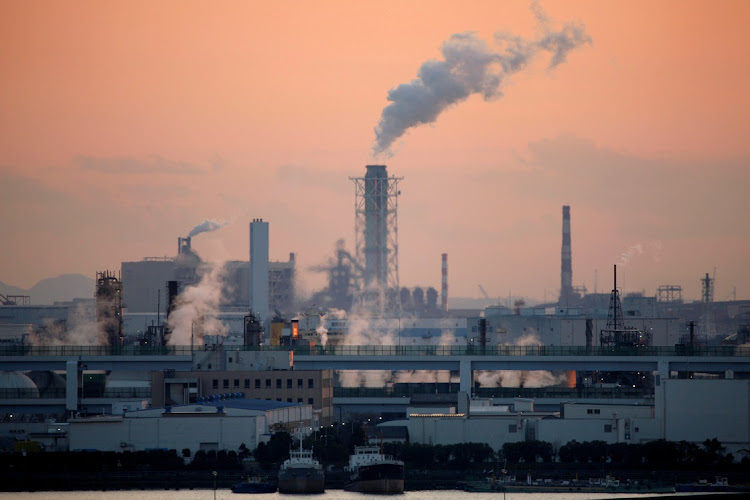 Tokyo  —  Japanese legislators on Thursday declared a climate emergency in a symbolic vote aimed at increasing pressure for action to combat global warming after the government in October committed to a firm timetable for net-zero emissions.

With the vote by parliament's powerful lower chamber, Japan — the world's fifth-biggest carbon emitter — joins fellow Group of Seven members Britain, Canada and France in similar resolutions, as well as the EU as a bloc and nearly 2,000 regional and city authorities about the world.

The emergency, non-binding declaration — drafted by a cross-party group of legislators — cites “unprecedented damage” from hurricanes, flooding and forest fires, worsened by climate change at home and abroad, and said the world faces a “climate crisis”.

With erratic weather patterns from 2020's record hurricane season in the Atlantic to floods in Europe being linked to climate change, governments about the world face more calls to act even as the coronavirus pandemic rages, sapping resources.

Ruling Liberal Democratic Party legislator Yoshihisa Furukawa, head of the secretariat of a non-partisan group of MPs behind the declaration, said the resolution was vital to show the world Japan was not lagging behind in the fight against global warming.

“I think this can send the message to the world that Japan's parliament and government are firmly resolved to tackle this aiming at a carbon-free society,” he said before the vote.

The government is developing measures including investment funds and tax incentives to push through changes needed to reach the net zero emissions target, and Furukawa said the declaration would give impetus to those efforts given its non-partisan backing.

Japan's new target for carbon neutrality could open the way for its beleaguered nuclear industry to fire up again, nearly a decade after the Fukushima disaster shut down most reactors, though the public remains wary. Nuclear provided about 30% of Japan's electricity before Fukushima, when the country had 54 operable reactors compared with just two operating now.

Announcing the new emissions target, Suga said Japan would “pursue nuclear power” along with introducing as much renewable energy as possible, without specifying precise plans for reactors.

Still, frustrated scientists and activists have regularly sounded warnings that action is still too slow to meet the Paris Agreement target of curbing emissions enough to keep temperature rises to within 1.5°C-2°C of pre-industrial levels.

Separately, the Japanese capital of Tokyo raised its coronavirus alert to the highest level on Thursday as its daily tally of new infections rose to a record 534 and its governor called for maximum caution during the year-end party season.

The nationwide tally also reached  a new high of 2,259, according to broadcaster TBS. But it is the spread of the virus in the metropolis of Tokyo, which hopes to stage a rescheduled Olympic Games in 2021, that causes the most alarm.

With new record tallies across Japan,  Suga said the government was looking to tighten guidelines on eating out, such as by limiting its subsidised “Go To Eat” initiative to parties of up to four.

But authorities stopped short of announcing a state of emergency or any drastic steps to restrict the movement of people, mindful of the economic affect.

A private survey showed on Thursday nearly 90% of Japanese companies plan to skip year-end parties to prevent the spread of Covid-19, underscoring the pain the pandemic is inflicting on an already weak economy.

Despite Donald Trump exiting the Paris agreement, China and the US maintained co-operation at local levels and through think-tanks and the private ...
World
5 months ago