Sales of consumer goods, a proxy for consumption in China, rose across the board at the end of the third quarter, led by vehicle sales 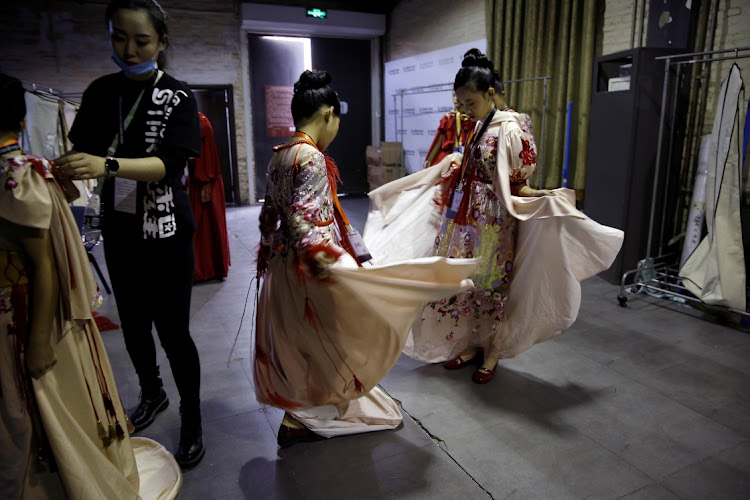 Beijing — At the weekend, crowds packed a former industrial warehouse in Beijing as the China Fashion Week got under way, with models strutting mask-less on a square runway and guests oblivious to social distancing norms.

Similarly vibrant scenes are being seen elsewhere in China as consumers return to cinemas, live performances and restaurants.

To many, they indicate a late northern hemisphere-summer recovery in Chinese household spending is broadening and propelling the next stage of the economic recovery.

“I think the numbers for September, or even the fourth quarter, will be better.”

Sales of consumer goods, a proxy for consumption in China, rose across the board at the end of the third quarter, led by vehicle purchases, as household incomes returned to positive growth and employment conditions improved after being hit hard by the Covid-19 pandemic.

The recovery made China a lone bright spot in the retail world and a major source of earnings for global consumer brands from Starbucks to Louis Vuitton.

Still, Chinese spending on services lagged that on goods, and sectors such as hospitality and catering sector fared particularly badly due to social distancing rules, restrictions on operating hours, and caps on capacity.

“The services industry had been the most affected by Covid-19. Now, with restrictions being lifted, the industry is gradually emerging from its downturn, which would provide a strong boost to the broad recovery in the consumer market,” said Ernan Cui, analyst at Gavekal Dragonomics.

“We expect growth would return to pre-Covid levels by the end of the year.”

September’s retail sales growth was still a third of pre-Covid-19 levels, but economists expect the overall consumer market would stage a sharp rebound in coming months, after entertainment venues from cinemas to KTVs reopened in August.

And during the eight-day National Day break, China saw 637-million domestic tourists, though the number was only 79% of 2019’s total.

“We've returned to our old habits,” said a Shanghai retiree surnamed Chen, who went on a 22-day self-drive tour in western Xinjiang region with her friends.

In Beijing, local rock bands have been playing to enthusiastic crowds each weekend at the Temple Bar nestled in Beijing's many winding “hutong” alleyways, since the bar resumed such live gigs in September.

“Business is more or less back to pre-Covid-19 levels,” said a staff at the bar. “All we need right now is a vaccine. With that, everything can truly return to normal.”

The return of spending is as vital to business-to-business companies as it is to consumer-facing businesses.

Benjamin Barthélémy, a Parisian who runs a film production studio in Beijing, said many small entertainment businesses had started recovering from Covid-19 in the past two months.

“Many, many meetings, many projects are coming back — it’s like the machine slowly restarts. Commercials for cars and for everything else are really good now,” Barthélémy said.

In November, Tmall, Alibaba’s e-commerce marketplace, expects over 2,600 foreign brands — a record high — to take part in the annual online “Double 11" shopping festival with sales set for another record in its 12th year.

The booming online consumption is helped by an improving job market.

For some sectors, the recovery has taken a different form.

Riviera Events, a Singapore-based event management company with branches across China, did not hold any virtual events before 2020.

Now, half of their events are online.

“For an industry that was so hard-hit, we're lucky in some ways that the industry has rebounded in this way,” said Stephane de Montgros, co-founder of Riviera Events.

“We’re very hopeful that from the fourth quarter, the event industry in mainland China will be growing year on year.”

Lam Chiu-ying says environmental policy is always at the bottom of the Hong Kong government agenda, which makes him ‘ashamed’
World
9 months ago

With concerns about the author and former security agency employee’s health, his case is indicative of the crackdown on liberal voices in China since ...
World
9 months ago