Lam Chiu-ying says environmental policy is always at the bottom of the Hong Kong government agenda, which makes him ‘ashamed’ 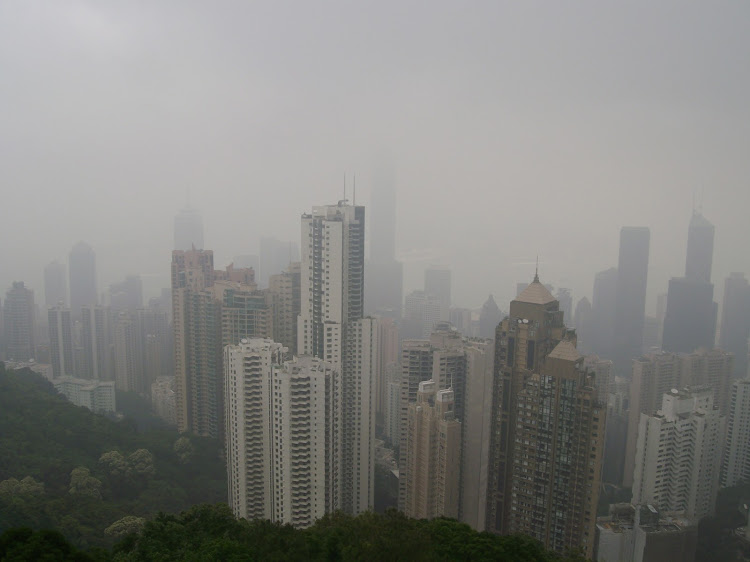 Hong Kong — Lam Chiu-ying spent half his life working for the Hong Kong government. Late in September, the 71-year-old meteorologist quit his job as the head of an expert group advising policymakers on combating global warming.

The veteran civil servant — a vocal advocate for more aggressive climate policies — told Bloomberg News about his frustration with the government’s inaction on climate change, in particular the more than year-long delay of a report laying out how the city would reduce carbon emissions by 2050. China’s pledge to become carbon neutral by 2060, he said, has further highlighted the Hong Kong government’s lack of urgency.

His answers have been edited for length and clarity.

What are your concerns with Hong Kong’s environmental policies?

I will be very frank, I really feel ashamed to be a Hong Konger nowadays. We are now even behind China, which actually has lots of problems to solve to achieve the zero carbon dioxide  (CO2) emission target. But China is determined to do so and has said it publicly, openly to the world.

Hong Kong claims to be a world metropolis. But it is very hesitant in telling the world that we are going to be a good citizen of the world, and we will go for zero CO2 emissions by 2050. They have avoided saying that for at least two and a half years. I hope they won’t be silent for too long.

Environmental policy is always at the bottom of its agenda. The fundamental problem with the administration in Hong Kong at the moment is that they are so pro-business they think anything that would affect the interest of business is no good.

Unfortunately, they don’t realise that taking care of the environment, doing good to the climate will produce the right business environment for the future. Indeed, major corporations in Hong Kong and people in businesses, they are even more concerned about climate change than the administration.

How do you feel about China’s target to be carbon-neutral by 2060?

I felt very sorry, very sad on hearing Chairman Xi Jinping announce the target publicly a few weeks ago. Looking back at Hong Kong we are still a far way off, we still don’t know when the government will make up their mind and have the determination to go for zero CO2 emissions by 2050.

We have been trying to convince various people in the government, but I am sorry to say that up to this point in time I still can’t see collectively within the government there is the determination to do so.

What do you think of the government’s plan to build an artificial island to increase land supply?

Think of the island states; they are worried about their islands being overwhelmed by rising seas, but we are creating a new island to be overwhelmed by the rising seas. This is totally against logic and ignores what’s happening in the world.

What can the Hong Kong government do now?

We should have a policy to phase out fossil fuel-driven cars. If not [by] 2025, it could be [by] 2035 or 2040. The first thing the government could do is announce a moratorium deadline for fossil fuel cars in Hong Kong. It might not induce any immediate decrease in CO2 emissions but we know for sure that by 2040, there will be zero from cars.

Are property developers building any homes that will be resilient to climate change?

Real estate people would not do anything that would reduce their profits. So they will always build their real estate to the minimum standard required by law, required by the building code.

So long as the building code or the law does not say that they have to protect the property against sea level rise within the [next] hundred years or 200 years, they will not do anything about it.

The EU wants SMEs to have direct access to funding vehicles and money set aside to encourage firms to undertake renovations that lift energy ...
World
5 months ago

Emissions fell by 1,551-million tonnes in the first half of 2020, the largest ever fall over a first half-year, according to Nature Communications
World
6 months ago

The use of wood resources currently exported as chips, as well as afforestation, makes it possible to sustain a residential building market where all ...
National
6 months ago
Next Article