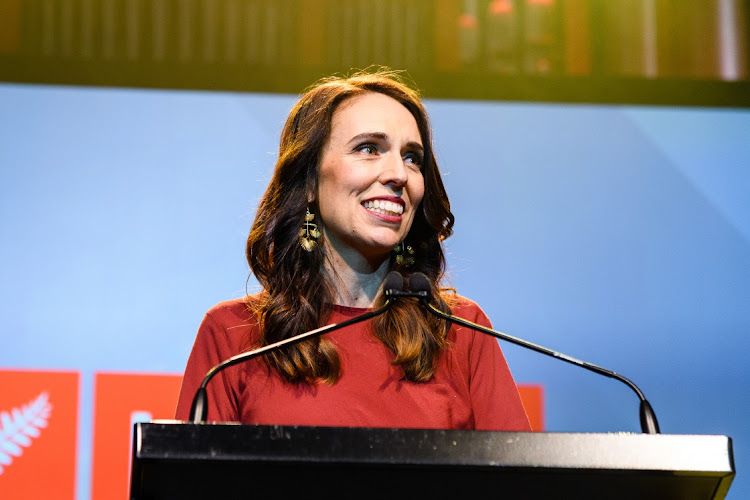 Auckland — Jacinda Ardern’s emphatic election victory is seen as an endorsement of an inclusive brand of leadership that may ripple beyond New Zealand’s borders.

In an age of populism and confrontation, Ardern’s message of empathy and kindness married with skilful crisis management won her Labour Party its biggest share of the vote in more than 70 years. That contrasts starkly with the divisive politics in the US as Donald Trump and Joe Biden face off for the presidency on November 3.

“Ardern’s approach could be a lesson for other leaders seeking to maximise their support base,” said Zareh Ghazarian, senior lecturer in politics and international relations at Monash University in Melbourne. “Not only has she been able to lead the nation through very challenging circumstances, but also successfully communicate an overall vision. In New Zealand it’s about the politics of inclusion.”

Ardern, 40, won international plaudits for her response to the deadly shootings at two mosques in 2019, donning a headscarf as a mark of respect as she mourned with the Muslim community. This year, she’s demonstrated her steel in tackling the coronavirus pandemic, enacting one of the world’s strictest lockdowns to crush community transmission.

She rode the resulting wave of adulation to secure the first outright majority in parliament since New Zealand introduced proportional representation in 1996. Labour won 49% of the vote and 64 of the 120 seats in parliament. The scale of the victory may fuel her global appeal among those who already view her as a standard-bearer for liberal values.

Ardern is now in a position to lead New Zealand’s most left-leaning government in decades but has yet to decide whether to include her ally the Green Party, which wants more action on issues such as poverty and climate change.

Supporters want Ardern to push harder on reforms such as tackling inequality and boosting incomes after she failed to deliver on some key promises in her first term. She ditched plans for a capital-gains tax that might have addressed the widening gap between rich and poor, while a programme to build tens of thousands of new homes to help fix a housing crisis fell well short of goals.

Ironically, her increased mandate may prompt her to rein in her left-leaning instincts as she looks to hang on to the centre-right voters who have flocked to her banner.

“It’s going to be a huge dilemma for her, whether to go to the left or stay in that centre ground,” said Lara Greaves, a lecturer in New Zealand politics at the University of Auckland. “Does she want to try to be a four-term prime minister or does she want to make transformational policy that changes people’s lives?”

Her reelection spells continuity in a nuanced foreign-policy stance towards China. Ardern has tried not to antagonise New Zealand’s largest trading partner while maintaining close ties with the US and other Western allies in the Five Eyes intelligence-sharing alliance.

Her focus will be on the enormous economic and social challenges ahead as New Zealand charts a recovery from recession.

The border is expected to remain closed well into 2021, decimating international tourism and education, while the jobless rate is projected to climb. Economists at Infometrics last week flagged the risk of another recession in 2021.

The nation faces persistent budget deficits and net debt that will surge to 56% of GDP by 2026 from 28% in mid-2020, according to Treasury forecasts.

Labour said it will impose a 39% tax on income of more than NZ$180,000 to help pay for the Covid response and keep debt under control. It aims to stimulate investment and create jobs through major infrastructure projects and incentives for small business.

Key to the recovery may be a property boom sparked by record-low interest rates that have caused house prices to climb 7.6% in the past year. That in turn has made it harder for many to enter the housing market — something Ardern is trying to fix by removing barriers to new home construction.

But she has ruled out big tax reforms to address wealth inequality, and given no indication since her victory that she intends to be more proactive on issues such as poverty and homelessness.

The results of two referendums held with the election are due on October 30. New Zealanders are expected to vote in favour of euthanasia but against the legalisation of cannabis.

Voters rewarded Ardern for her successful response to Covid-19, which stands in stark contrast to countries such as the UK, US and even neighbouring Australia where authorities are still battling to contain the virus.

Ardern stood out among her Western peers in pursuing an explicit elimination strategy, and imposed one of the world’s strictest nationwide lockdowns. This shuttered the economy but wiped out community spread of the virus, allowing restrictions to be removed sooner than in many other countries. A second outbreak in largest city Auckland was also quickly stamped out with a regional lockdown, though one new community case was reported on Sunday.

“The way the prime minister has put health before the economy will be of interest, especially for other social democratic leaders around the world,” said Bryce Edwards, a political analyst at Victoria University in Wellington. “They will now see Ardern as the leader of those left parties internationally and they will want to learn from her.”

Asked on Sunday if she had a message for Americans as they head into their own election, Ardern said it wasn’t her place to comment.

“But my hope as someone who has, of course, a strong interest in politics is that we have elections globally where we try to move beyond the divisive nature that elections can sometimes bring, because that can be damaging for democracy,” she said.