At a time of year when many people in Japan should be getting out of the city, the country’s superfast trains are almost empty 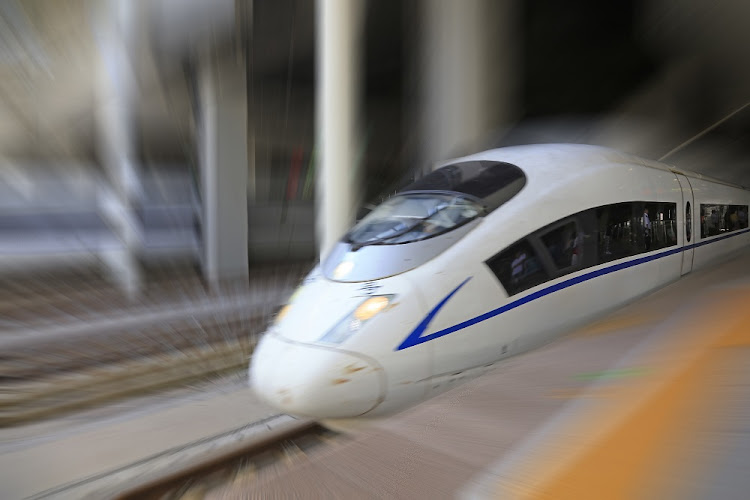 Tokyo — These days, the section of Tokyo Station serving regional destinations is a shadow of its former self. Gone are the usual crowds and on a midweek afternoon in late September, just a handful of commuters browsed bento-box stores.

“I see more cleaning staff getting off trains than passengers,” said Taro Aoki, who oversees 18 fast-food outlets in the capital’s main inter-city rail terminal. “People used to swiftly pick which bento to buy and wait in line, but now, there’s hardly anyone around.”

It isn’t only airlines the coronavirus pandemic has upended. At a time of year when many people in Japan should be getting out of the city to enjoy the changing autumn colours, there is little holiday making going on. And the nation’s treasured bullet trains are ailing.

East Japan Railway and West Japan Railway, two of the largest by ticket sales, are forecasting their deepest losses since the country’s rail network was privatised in 1987. East JR is expecting a loss of ¥418bn for the current year that ends March 31, vs a ¥198.4bn profit the previous period. West JR sees a deficit of ¥240bn.

Pictures posted on social media show how empty the superfast trains have become.

“This is what it looks like even after halving ticket prices,” wrote one Twitter user, who took a bullet train operated by East JR. “After departing Morioka station, it’s deserted,” he said, with reference to the jumping off point for Iwate, a prefecture on the northeastern coast of Honshu, Japan’s main island.

A national Go To campaign aimed at spurring domestic travel has not provided the fillip hoped for Japan’s shinkansen, or bullet trains. Rolled out in July, the campaign provides subsidies of up to 50% on transport, hotels and tourist attractions within Japan. Tokyo was originally excluded but was added in October.

However, with coronavirus case numbers heading in the wrong direction and people reluctant to take even short breaks for fear of infection, some politicians have labelled the Go To campaign a failure.

Others have expressed concern that promoting tourism will spread Covid-19 in Japan more widely. And many people who do want to travel prefer to drive in their own car to avoid human contact.

It is probably “not possible to go back to the pre-Covid era”, said Yoshitaka Watanabe, who manages East JR’s marketing department. The industry had been expecting a V-shaped recovery; now it is likely to be an L-curve, he said.

East JR, which kicked off its own cheap ticket offer in August independent of the Go To campaign, had more than 300,000 reservations on September 25 and is aiming to reach 1-million by March. The 50% discount is effective for any bullet train route.

With such steep discounts and considering railway companies’ high fixed costs, shinkansen operators will struggle to return to profitability even after the pandemic is over, said Hiroshige Muraoka, an analyst at Nomura Research Institute.

Central JR, which reported a profit of 656 billion yen for the 12 months to end-March, is now offering half-price day trip packages. Its bullet trains connect cities including Tokyo, Hakata and Kyoto, Japan’s cultural heart, famed for its traditional temples, shrines and gardens.

In July, international tourists to Kyoto were down 99.8% from a year earlier, and their numbers have hovered at close to zero for four consecutive months, while domestic travellers halved, according to the city’s tourism association.

“Our neighbours went out of business or closed their stores,” said Mari Koike, who manages a hostel in downtown Kyoto. “There have been a flood of cancellations.”

One strategy that East JR is considering involves expanding its logistic business to deliver local food and regional delicacies like grapes, pears and fish to consumers.

Yui Muranushi, a geisha who works in Gion, Kyoto’s high-end entertainment district, had been planning to visit Tokyo once a week in July by bullet train to perform at events as the nation readied for the summer Olympics, which have been delayed until 2021.

“Now, all of my business in Tokyo has been cancelled,” Muranushi said. Company executives are no longer visiting tea houses and “I’m lucky if I have a single client,” she said.

The unprecedented outage scrapped trading for an entire day, making it unlikely to win points among foreign executives
World
9 months ago
Next Article