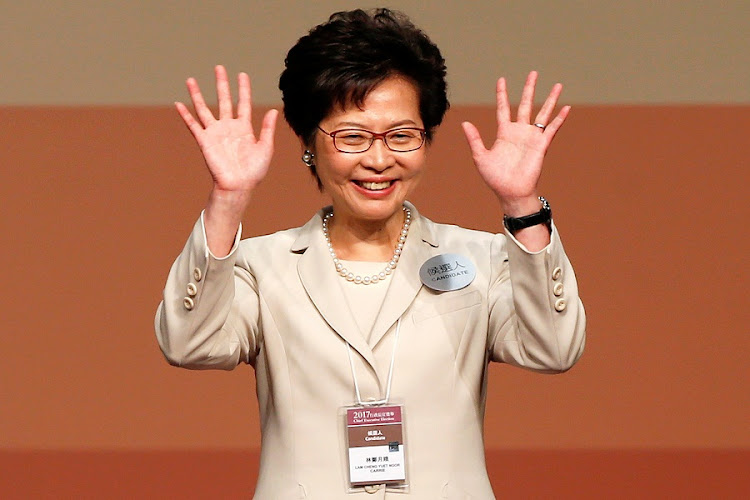 Hong Kong — Hong Kong leader Carrie Lam defended disciplining teachers for promoting anti-China views, after the Asian financial centre for the first time revoked an educator’s registration over the content of their lessons.

Lam told reporters on Tuesday she was obliged to protect students from being drawn into the political disputes that have fueled a historic wave of unrest in the former British colony. She was responding to questions about the education bureau’s decision to deregister a primary school teacher accused, according to local media reports, of giving students worksheets about freedom of speech and independence.

“If there is a very tiny faction of teachers using their teaching responsibilities to convey wrong messages to promote misunderstanding about the nation, to smear the country and the HKSAR government without basis, then that becomes a very serious matter,” Lam said, referring to Hong Kong’s status as a special administrative region of China.

The Professional Teachers’ Union said in a statement posted on its Facebook page late on Monday that it would help the teacher appeal the decision. The bureau’s allegations were “totally not in line with the facts”, the union said.

The move is the latest in a series of disputes over Hong Kong’s education system, as the Beijing-backed government attempts to gain greater control over what it views as a hot-bed of dissent. Students have long made up a large share of protesters on the city’s streets, and people under 18 represented almost 20% of the roughly 9,000 arrests as of May.

Chinese authorities in Hong Kong have urged officials to “cut off” the “black hands” influencing the local education system. In June, the nation’s top legislative body imposed a security law on Hong Kong requiring the local government to promote national security in schools and universities, which have maintained a reputation for academic freedom, which is ensured under the city’s basic law.

The deregistered teacher asked primary school students to answer questions about freedom of speech after showing them a video featuring pro-independence activist Andy Chan, the South China Morning Post reported on Tuesday, citing a person it didn’t identify. Lam highlighted the unprecedented severity of the punishment, saying it was the first time a teacher had been stripped of the essential credential without allegations of sexual improprieties or other crimes.

The education bureau said the teacher’s materials were “not in line with the constitutional and legal status of Hong Kong”, calling the move a “planned act” that caused harm to students. The bureau said, “The department will make deregistration decisions after investigations into misconduct to take out bad apples and to safeguard the teaching profession and students’ interests.”

After the law was adopted, Western media carried numerous reports full of misinterpretation, and even distortions, writes Zhongdong Tang
Opinion
11 months ago

Chinese academic Chen Hong falls foul of Australia, but insists he is an ‘Australianist’

The Chinese star of the movie, partly filmed in Xinjiang where China is clamping down on ethnic Uighurs, has shown support for Hong Kong police
World
10 months ago
Next Article