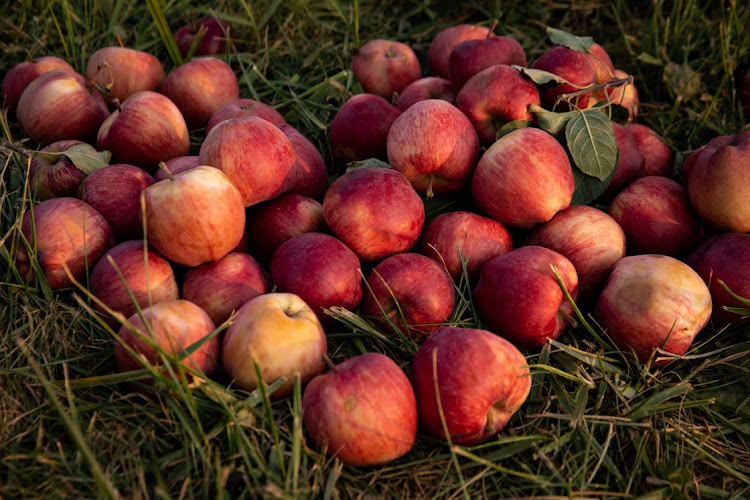 Srinagar — Javid Ahmad shook his head in disgust at the bag of carrots he had discovered while arranging vegetables on his roadside stall in Indian-administered Kashmir — inside, half of the carrots were broken or mouldy, and not fit for sale.

“This is what farmers are getting from their farms this year,” said the 41-year-old vegetable seller.

Ahmad understands the challenges they are facing, as three months of drought on top of the effects of the coronavirus pandemic have led to a sharp drop in the quantity and quality of fruit and vegetables grown in the region. And customers are paying for it, the vendor added, with shortages pushing up the cost of fresh produce “beyond imagination”.

“When we quote the price of the vegetables to customers, some feel like slapping us,” Ahmad said. “Even so, most of them end up buying.”

The regional meteorological department in Srinagar, Kashmir’s main city, said in September the region had experienced its biggest rain shortfall in 78 years, with 54% less than the average between June and August.

At the same time, Kashmir’s five-month lockdown to slow the spread of Covid-19 made it difficult for farmers to access and apply pesticides and fungicides, leaving their crops vulnerable to diseases and pests, experts and officials said.

According to a survey by agricultural economist Farhat Shaheen and his colleagues at Sher-e-Kashmir University of Agricultural Sciences and Technology, yields of rice, maize and pulses have all been affected to varying degrees. Apple harvests have dropped by nearly 40%, the study noted.

Mehraj-u-Din Nath, general secretary of the Kashmir Vegetable Dealers Association, said more than 60% of the summer vegetable crop was destroyed by drought in 2020. Stall-holder Ahmad said he had “never seen such a situation in the past 23 years” since he started selling produce aged 18.

Horticulture is the backbone of Kashmir’s economy, directly or indirectly providing a living for more than 3-million people — about 40% of the population — according to the regional government’s 2016/2017 economic survey. Apple cultivation is a major activity, with nearly half of the region’s land covered in apple trees.

Successful apple-growing needs just the right amount of rain, as too much or too little can severely affect the quality of the fruits. “Moderate rainfall at different stages during the maturation of the apple crop is extremely critical,” said Anzar Khuroo, a botany professor at the University of Kashmir.

The damage to Kashmir’s apple industry has not been caused by drought alone — unusually incessant rains earlier in the year were another problem, he noted. Heavy rains and hailstorms in late spring — flowering season for apple trees — damaged blossom and kept away pollinators like bees and butterflies, harming the prospects for yields even before the dry weather arrived, Khuroo said.

The wet spring also revived a disease apple-growers said they had not seen in 20 years: apple scab, a fungal disease that covers the fruit in velvety brown spots. “At the flowering stage in spring, plants are highly susceptible to scab and if that period remains too rainy, it becomes difficult for the farmer to control scab,” explained Tariq Rasool Rather, who teaches fruit pathology at Sher-e-Kashmir university.

“And this year, the spring was extremely rainy, unlike the springs in the previous two years,” he noted.

In addition, the strict Covid-19 lockdown meant many farmers had trouble getting hold of the fungicides needed to control apple scab, which only encouraged its spread, Rather told the Thomson Reuters Foundation by phone.

Kashmir’s deputy director for horticulture, Javid Ahmad Bhat, confirmed this year’s huge increase in apple scab, with preliminary estimates showing nearly one-third of the region’s apples were affected. “The chemicals produce best results when they are sprayed at specific stages. There were some problems during the first spray because of lockdown,” he said.

A series of shocks

Not all of Kashmir’s crops suffered from the latest drought, director of agriculture Altaf Aijaz Andrabi said. The damage to rice, maize and vegetables was limited to a few locations. “The crops were affected only in areas which entirely depend on rains,” he said in a phone interview.

About 40% of Kashmir’s farmland depends on rain for irrigation, according to the government’s latest economic survey. That leaves producers vulnerable to worsening weather extremes, which scientists link to climate change.

For anyone working in the region’s fruit and vegetable sector, this year’s drought was yet another in a series of shocks to their livelihood, said Khazir Mohammad Mir, who sells roasted corn-cobs by a highway near Srinagar.

When they went into the coronavirus lockdown in March, Kashmiris were still dealing with the effects of strict security restrictions imposed by India after it removed Jammu and Kashmir’s semi-autonomous status in August 2019. New Delhi said the move was necessary to prevent unrest in the region.

The combination of blows has made it impossible for many people to continue making a living by growing or selling produce, Mir said. The roadside used to be teeming with people selling roasted maize, “But due to the huge dearth of maize this year, there is not even one dozen,” he added.

Additional R6.8bn in foreign exchange earnings and 2,250 jobs is predicted in next three years
Opinion
11 months ago

SA is set to gain a slice of the Southeast Asian country's market, which imported about 117,000-tonnes of citrus between 2016 and 2018
National
1 year ago
Next Article

Crookes Brothers: Not the juiciest apple to bite into

Crookes Brothers: Not the juiciest apple to bite into