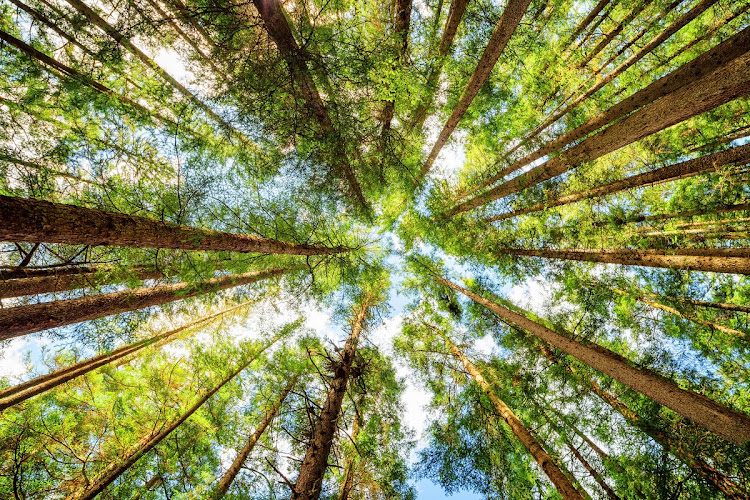 Beijing — Few environmental campaigns in China have been so enthusiastically pursued or so controversial as its Great Green Wall.

Every spring, government officials, teachers, students, and company employees go on group tree-planting trips. State media single out forest workers for praise. Film stars line up to be “tree-planting ambassadors”. It is a campaign in the vein of the old Communist propaganda drives — the workers uniting to dominate the forces of nature. March 12 is National Tree-Planting Day.

Launched in 1978 to protect the north, northwest, and northeast, three regions affected by sandstorms sweeping out of the Gobi Desert, the so-called Three-North Shelter Forest Programme aimed to grow 35-million hectares of new trees — a forest the size of Germany — across the country’s north by 2050. In the ensuing four decades, planting trees became one of both the private and public sectors’ favourite climate change solutions. That makes the fate of China’s sprawling man-made forests a key early indicator for how these other projects may fare.

The programme was beset by problems from the start because of poor planning, the unrealistic demands of local party cadres, and a poor understanding of how and where a forest can successfully grow.

“We were told of the importance of planting trees at a very young age,” says Sun Jing, director of the Alashan Foundation, a Chinese charity that combats desertification. “The idea that more trees equals good is never challenged.”

While the mission was designed to take 72 years, local officials wanted results quickly, so most of the trees planted were fast-growing poplars that could withstand the region’s cold, dry winters. By the 1990s huge numbers of them started dying, victims of the Asian longhorn beetle, which loves softwoods, including poplars. The more China planted, the more longhorn numbers exploded.

One of those who witnessed the disaster was Zhang Jianlong, a native of the north who holds a degree from Inner Mongolia Forestry College. “We didn’t expect so many trees to die,” Zhang said in an interview with Hong Kong Phoenix TV in 2016, when he headed the Chinese Forestry Bureau. “Having only a single species attracts pests and diseases.”

Officials cut down millions of infected trees, some of which ended up being turned into packing crates for China’s burgeoning international trade. (This allowed the beetle larvae to hitch rides to Europe and North America, where governments are now spending a fortune trying to control infestations.) Meanwhile, planting went on — sometimes using varied species, but often not, if that was easier. Sometimes twice as many trees were planted as the land could sustain, based on the understanding that 50% might die.

Forest coverage has officially increased since 1978, from 12% to almost 22%. Nasa satellite images confirm that China is a world leader for afforestation. “Planting monocultures on a degraded area may be better than doing nothing, but it would certainly be much better to plant a mixture,” says Bernhard Schmid, professor of environmental sciences at the University of Zurich and Peking University. “The more species there are, the more it increases ecosystem functions.”

A paper Schmid co-authored in Science in 2018 found that a monoculture could store an average of 12 tonnes of carbon per hectare, while a biodiverse forest can hold 32 tonnes on the same-size plot. Other research suggests that China may be overestimating how much carbon its trees are absorbing, because the estimates are based on the number of trees planted, not the number that remain. Worse still, planting non-native trees in dry regions — where most of China’s forestation efforts are unfolding — not only leads to a poor survival rate but can also worsen water scarcity and damage ecosystems.

China has had more success with a plan to add trees and green spaces to its rapidly constructed cities. Since 2004, about 170 cities have launched “forest city” campaigns designed to green urban areas and curb pollution. Each city has added an average of 13,000ha of parks or woods a year. In the new town of Xiong’an, for instance, 130km southwest of Beijing, a programme called the Millennium Forest endorsed by President Xi Jinping mixes more than 100 types of trees. This autumn, 3,600ha of saplings will be added. The plan is to cover 40% of China’s urban land with trees and green spaces in seven out of 10 cities by the end of the decade.

Even here, though, things have not always gone according to plan. In the central city of Chongqing, former local Communist Party chief Bo Xilai began a huge tree-planting campaign that included lining streets with fully grown ginkgo trees, his favourite species. In 2010 the city spent $1.5bn planting trees, draining its coffers and borrowing from neighbouring provinces before Bo was removed during a politically motivated anti-corruption sweep in 2012.

More recent evidence suggests that China has learnt from past failure. The second phase of the newer Beijing-Tianjin Sandstorm Source Control Project calls for 85% of the dedicated land to be given over to “natural forestation”, an approach that cordons off degraded land and allows vegetation to grow back naturally. Critics have questioned, however, whether such an approach can succeed in areas where much of the topsoil has already blown away or nutrients are poor.

Officials have also recognised the importance of involving local communities. Many former tree-planting projects failed because of neglect. The Alashan Foundation set up a programme that pays farmers to plant 100-million haloxylons in Alxa in Inner Mongolia. The small, hardy desert trees grow on degraded land owned by the farmers, who can then harvest a parasitic plant called herba cistanche that grows on the trees and is used in traditional Chinese medicine. The farmers are paid for growing the trees after three years, if at least 65% survive.

“If you talk to the farmers about climate change, they don’t understand it. But if the project brings economic benefit and also makes their environment better, then it’s much easier to get them on board,” Alashan’s Sun says. “There are the criticisms, but from my experience living in Alxa and talking to local villagers, the environment is getting better, so planting trees is better than just letting the land be deserted.”

Despite all the setbacks, China regards its forestation effort as a success, one of the “nature-based solutions” that have become popular in government rhetoric. But the country’s long and expensive planting programme does show that building a forest is a complex and subtle task. It varies with local conditions, and it must provide economic and social benefits for those who will have to look after the trees for generations.

In the meantime, Beijing has said it plans to export tree-planting programmes to other countries under the belt and road initiative, which includes more than 130 nations. According to the government-affiliated China Green Foundation, three “green economic belts” will be created by 2030 that link China with countries in central and west Asia, including Iran, Kazakhstan, Pakistan and Turkey. The tree of choice for the programme: the poplar.

Advances in ‘event attribution science’ show how big a role climate change has played in a specific event, such as US heatwaves and flooding in China
World
1 year ago

Donald Trump tells WEF he will plant trees, despite ‘prophets of doom’

He avers that climate-change ‘alarmists’ want ‘absolute power to control and dominate’, writes Peter Apps
Opinion
2 years ago
Next Article