Homes that allow tele-work, have flexible spaces, and can grow food on roofs will be more prepared for the crises of the future, says the architect 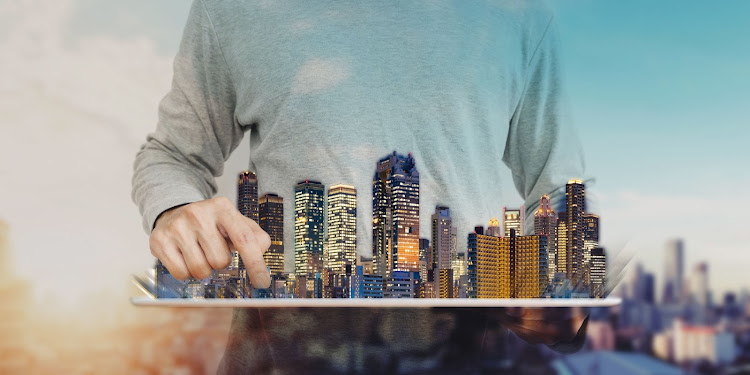 Bangkok — A new city near Beijing featuring wooden apartment blocks, rooftop farms and renewable energy is being designed with drone-friendly terraces and ample space from which to work at home in case of future pandemics, its chief architect has said.

Barcelona-based Guallart Architects won a contest in August to design a community in Xiong’an, a new city promoted by Chinese President Xi Jinping as “a new standard in the post-coronavirus era” that can also be applied elsewhere.

The proposal, which includes wooden buildings with large balconies and shared 3D printers, will allow residents to produce resources locally, and provide all amenities “even in moments of confinement”, according to a press statement.

“We cannot continue designing cities and buildings as if nothing has happened,” said founder Vicente Guallart. “Our proposal stems from the need to provide solutions to the various crises taking place, to create a new urban life based in the circular bio-economy.”

In China, tech giant Tencent, in which Naspers has a 31.2% stake, announced plans for a “smart city” that uses technology to put people and the environment first, a model it said is particularly relevant in the aftermath of the coronavirus.

Xi unveiled plans in 2017 to create the Xiong’an New Area, about 130km southwest of Beijing, as an urban innovation zone.

The competition for the Xiong’an project was held when employees of Guallart Architects were in lockdown in Spain, and that influenced the design “completely”, Guallart told the Thomson Reuters Foundation.

“We wanted to make a manifesto of those things we thought were important during the lockdown and in the future,” said Guallart, a former chief architect of the city of Barcelona. “If homes allow tele-work and tele-education, have flexible spaces on large terraces, and cities can grow food on the roofs or print objects in their neighbourhoods, we will be more prepared for the crises of the future.”

Past epidemics also led to significant changes in city planning and urban infrastructure, from sewage systems and public transit to housing regulations.

This time around, fears of contagion may also create “elitist enclaves that are somewhat self-sufficient”, said Tony Matthews, a senior lecturer in urban and environmental planning at Australia’s Griffith University.

“People who can afford it will often pay to insulate themselves,” he said, pointing to gated communities as an example. “Post-coronavirus enclaves with security, private medical facilities and on-site food production may emerge.”

For Guallart, Covid-19 is an opportunity to promote new urban formats focused on ecology.

“This pandemic has accelerated the future,” he said. “Cities have seen what they are capable of if they face a challenge, and therefore decisions related to climate change and its impact on the urban model, on the design of buildings, on mobility, should be made immediately.”

Why, if remote work is so great, would many creating the technologies that allow for remote work congregate in one place, Silicon Valley?
Opinion
1 year ago

Cleaning products were to be expected — RVs, swimming pools and new homes, not so much
Opinion
2 years ago

Agents shape buyers’ choices, which shape neighbourhood values — and the resources those neighbourhoods receive
World
2 years ago
Next Article