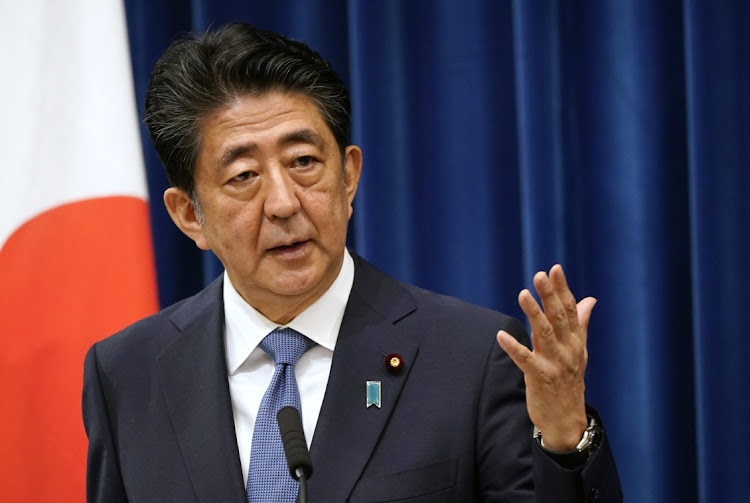 Tokyo/London — Japanese Prime Minister Abe Shinzo’s decision to step down on Friday because of worsening health will formally put an end to his Abenomics strategy, which tried to revive the world’s third-largest economy after decades of stagnation.

So how does Abenomics stack up?

Respondents were asked to rate each topic with “achieved”, “partially achieved” or “failed”. Below are some highlights from their comments, gathered before Abe announced his resignation.

Q: How do you rate Abe’s attempt to reflate the economy, create jobs and end deflation?

“Outside a tighter labour market, but with no real impact on wages, the economy is way short of that ¥600-trillion [GDP] target and inflation continues to hover near zero.”

“Before Covid-19 hit, Japan had enjoyed several years of strikingly tight labour markets and solid growth [for Japan]. Inflation had edged into positive territory, while well below the Bank of Japan’s [BoJ] 2% target, but other developed economies have seen a similar difficulty in raising inflation despite solid growth, so we should not view Japan’s recent record too harshly.”

“Japan has been through a long period of deflation, but because of Abenomics the Japanese economy has gotten out of deflation to a very low but still an inflationary environment

“At the same time, for the BoJ the offshoot target for inflation is the same as in other countries — which is 2% — and the current level of inflation is far short of that target.”

Q: How successful was Abe in fixing Japan’s finances and reining in public debt?

“While the current Covid situation has shredded Japan’s fiscal situation like so many other countries, I would agree with the notion that he has largely accomplished what he set out to do — raising consumption taxes while keeping corporate taxes shielded from higher nominal rates.

“This policy, which has continued in various forms for decades, ensures that domestic consumption will remain stagnant.”

“The flaw in Abenomics was the reflationary policy shift at the BoJ, for which [Prime Minister] Abe gets full marks, would establish the necessary conditions for the Abe administration to push ahead with the plan to double the consumption tax rate.... The problem was that this fiscal tightening was inimical to the reflation objective.

“Prime Minister Abe should have delayed hiking the consumption tax (to 8%, let alone to the eventual 10%) until at least the BoJ had achieved its, and the government’s, aim of sustained 2% CPI inflation.”

Steven Vogal from the University of California, Berkeley: Partialy achieved

“The government was right to favour recovery over fiscal balance. Hence it made sense to move to fiscal expansion, but it pulled back too soon.”

Q: How do you rate Abe’s ability to push through reforms to boost productivity and generate sustainable wage growth?

Joshua Hausman from the University of Michigan: Partially achieved

“The large increase in female labour force participation was a significant policy success.”

“They’ve gotten a fair amount done. The latest statistics I’ve seen [show] female labour participation is up pretty significantly. My sense is that the labour market is getting reformed. Some of the rigidities in the labour market are improved.

“Structural reform, or the third arrow, has been the declaring failure of Abenomics. Even the government’s signature immigration reform last year was much ado about nothing, in practice.”

“Efforts have been made. Women’s share of the workforce has increased and the government has worked to ensure day care is available for children to allow women with young children to enter the workforce. Some industries have been opened up to foreign labour, but not all.

“More importantly, a rising share of workers are hired on a part-time basis without traditional paths to advancement and career development. The liberalisation of the labour market still has a long way to go solve the problem of a shrinking labour pool.”

Q: How successful was Abe in making Japan a more attractive place to invest and visit?

Ulrike Schaede from the University of California, San Diego: Achieved

“Excellent. The corporate governance reforms, combined with the stewardship code, have made Japan’s system — on paper — as good or better than that in the EU or US. Of course it is not perfect in reality, and there are always scandal cases, but that is true for all systems.

“If you look at the numbers ... you see that 50% of Japanese shares traded at the Tokyo Stock Exchange are now held by foreigners and institutional investors. Moreover, in the period of 2017-2019, Japan has attracted more private equity investments than any other country, and Japan’s M&A activities are second after the US.”

“Japan as a market remains unattractive for obvious demographic reasons, including the oft-cited labour rigidities. Japan’s tax rates are uncompetitive with neighbouring countries, hands down, as they pertain to the services industry.

“The efforts regarding [corporate governance] and stewardship were sincere and indeed commendable, but like so many such efforts over the decades there is little enforcement and virtually no penalties for non-compliance.”

“Changes in corporate governance through the unwinding of many cross-shareholdings and tearing down walls that protect companies from activist shareholders are steps in the right direction and are making companies more independent and profitable.

“However, many of these aspects are embedded in [Japan’s] corporate culture and take time to change. But we are slowly but surely seeing the effects of this with improving overall profitability. This makes the equity market more attractive to invest in.”

Q: How much success did Abe have in removing barriers hampering innovation in health care, energy, agriculture and other industries?

“Start-up investments grew at 20% per annum since then. Thanks partially to Covid-19, deregulation in such areas as telework and telemedicine were carried out.”

“There has been some progress but it is limited so far. I get the sense that politicians continue to talk about it but are struggling to implement it in all the areas necessary.

“It has had some success in areas such as electricity, so it has proven that it can deliver, but the vested interests which prevent big-bang reforms mean that there is a lot still to do and future progress will depend on whether Abe’s successor is as reform-minded.”

However, aides and his chief cabinet secretary — who may succeed Abe — say he is up to the task for another year
World
10 months ago

Here are Abe’s likely successors — but major policy changes are unlikely in ...

Here are Abe’s likely successors — but major policy changes are unlikely in ...