Tensions rise ahead of construction of Hindu temple on contested site 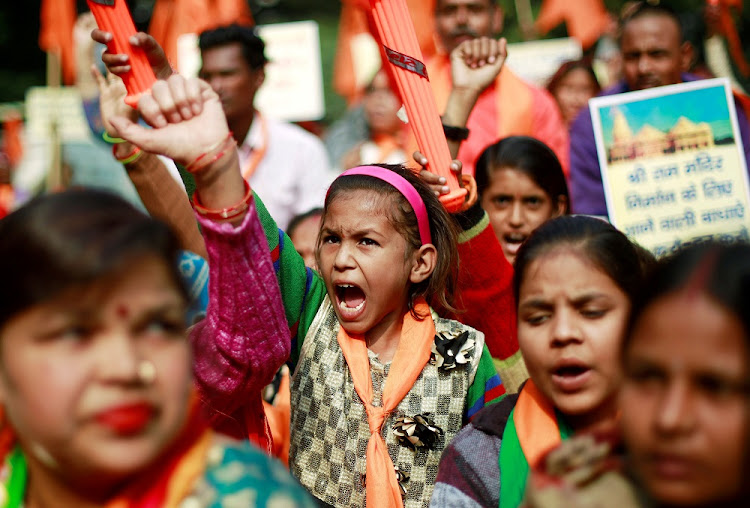 Lucknow — Police have been ordered onto the streets of an Indian town where Hindu groups will next week begin building a temple on a site contested by Muslims for decades in a dispute that has sparked some of the country’s most bloody communal violence.

The Supreme Court of India ruled in 2019 that Hindus, who believe the site in the northern town of Ayodhya is the birthplace of Lord Ram, a physical incarnation of the Hindu god Vishnu, be allowed to build a temple there.

Hindus say the site was holy for them long before the Muslim Mughals, India’s most prominent Islamic rulers, built the Babri Mosque there in 1528. The court said Muslims be given another plot of land for a mosque.

Prime Minister Narendra Modi, whose ruling Bharatiya Janata Party campaigned for more than three decades for the temple, has been invited to lay the temple’s foundation stone on August 5, officials said.

“But his visit depends on the pandemic situation and security concerns around it,” said a senior official in Modi’s office in New Delhi, referring to the novel coronavirus.

“Social distancing rules will be followed,” said the official, who declined to be identified as he is not an authorised spokesperson.

In 1992, a Hindu mob destroyed the 16th-century mosque on the site, triggering riots in which about 2,000 people, most of them Muslims, were killed across the country.

Court battles over the ownership of the site followed.

Since the court ruling last year, tension has eased and Muslims  have largely accepted the decision.

“We've accepted that Hindu temple will be built and there’s no point in creating tension,” said Shakib Noor, a member of a Muslim religious board in Ayodhya.

Nevertheless, authorities in Ayodhya have ordered police to patrol the streets and for barricades to be set up to prevent big crowds gathering next week.

While India has ended its most coronavirus restrictions, it has maintained a ban on religious gatherings.

Donations for the temple have poured in from Hindus in India and abroad. It should be finished by 2022, its supporters say.

“This is a great moment for the entire Hindu community,” said Sharad Sharma, a senior member of Vishwa Hindu Parishad, a hardline Hindu group involved in the temple’s construction.