Piracy is on the rise in the South China Sea, aided by the pandemic

As economic activity slowed, piracy went up globally, with 98 incidents in the first six months of 2020 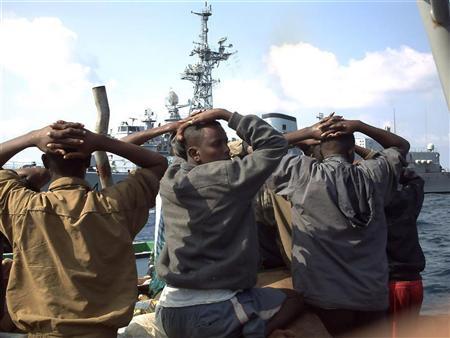 Singapore — Piracy and armed robberies in Asia have increased to the highest level in five years as ongoing territorial disputes in the South China Sea put additional pressure on nations policing the Straits of Malacca and Singapore, one of the busiest waterways in the world.

Incidents have surged in the Straits of Malacca and Singapore, where cases have doubled from a year ago to 16 incidents. The narrow passageway is one of the world’s busiest commercial maritime routes, and is policed by a number of Southeast Asian countries, including Indonesia, Malaysia and Singapore. Other incidents occurred in the South China Sea, Bangladesh, India, the Philippines and Vietnam.

A large number of cases took place in Indonesian territorial waters in the Straits, said Ridzwan Rahmat, the principal defence analyst at defence publication Janes. Naval resources have been stretched by disputes over illegal fishing by Chinese militia and government ships in the South China Sea, he said.

“This may be a contributing factor to why cases in the region have increased significantly,” said Ridzwan. “Vessels in Southeast Asia, in particular Indonesia and Malaysia, are increasingly engaged with cases of illegal fishing by Chinese fishing militia and government vessels in the South China Sea.”

While economic activity slowed during the pandemic, piracy went up globally. There were 98 incidents in the first six months of 2020, an increase of 26% from the same period in 2019, according to a report from the International Maritime Bureau. The number of kidnapping incidents globally has risen to 54, the highest number since at least 2016.

Asia had one incident of kidnapping this year, said ReCAAP. Off Malaysia’s Sabah province, Abu Sayaf militants abducted eight seafarers from a fishing trawler in January. While Malaysian authorities rescued three of them, five crew members are still captive.

Philippine forces engaged in a violent shoot-out with the group on June 22, resulting in the death of an army lieutenant and an unknown number of militants.

According to a July 15 website note from Allianz Global Corporate & Specialty, globally, “there is a strong connection between piracy and unstable governments, which provides opportunities for pirates to carry out attacks where the state is not strong enough to properly police its coastal waters”.

The US has also hardened its position on the waters, of which China considers 90% its own, saying Beijing wants a ‘maritime empire’
World
9 months ago

The country will impose sanctions on Lockheed Martin after the US sold missile parts to Taiwan, which China considers part of its territory
World
9 months ago

ISMAIL LAGARDIEN: Now may be the right time for China to stand up as a global ...

ISMAIL LAGARDIEN: Now may be the right time for China to stand up as a global ...