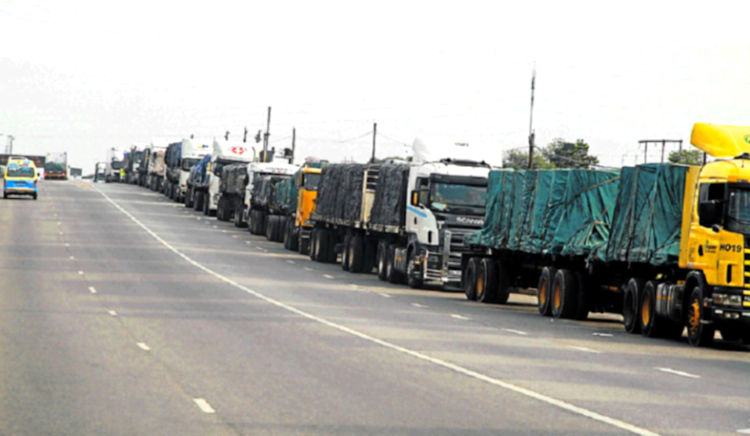 Tokyo — Getting products from one place to another with as little human contact as possible is becoming an imperative for businesses as retailers, warehouses and transport providers adapt to the coronavirus pandemic, seeking to minimise the risk of infections to their employees and customers.

Tsubakimoto Chain is seeing more demand for its sorting and conveyor systems as companies seek ways to move things around, while start-up Hacobu sees an opportunity to boost use of its online platform for trucks to exchange information as they load and unload goods at warehouses, a process that’s still mostly done on paper.

The need for automation is especially acute in Japan, where a labour shortage was already putting pressure on companies to find ways to run their businesses with fewer people. Now, that transition is being spurred on by the pandemic, which has boosted online buying and raised concerns among shoppers about being infected by items delivered to their doors. All told, the market for next-generation logistics systems in Japan is set to more than double to ¥651bn through 2025 from 2018, according to researcher Fuji Keizai.

“Demand for humanless systems will keep growing,” Masafumi Okamoto, division manager at Osaka-based Tsubakimoto, said. More families are turning to electronic commerce to buy household goods, and the manufacturer is getting more inquiries for its automated equipment, he said.

Daifuku, an 83-year-old company that makes and sells material-handling equipment, has seen its shares climb. Its market capitalisation topped ¥1-trillion in mid-May.

“Daifuku will lead the way to a new normal in the post-Covid era,” said Toshiharu Morita, an analyst at SBI Securities. “Its visibility for mid- and long-term growth is high,” he said, adding that Daifuku is one of the top global players in the industry with its solid technology.

Above Robotics, a San Francisco-based start-up, offers services to stitch together various autonomous logistics and transportation systems. Its cloud-based software can get shipping companies, warehouses and driverless vehicles to communicate directly and handle goods with fewer humans in between. Above Robotics has had inquiries from companies in Japan, South Korea and other parts of Asia, according to Dirk Beth, a director at the company.

“We’re certainly seeing an acceleration of interest because of Covid,” Beth said. “I don’t think that’s going to slow down even if the Covid situation is solved today, because now what companies are thinking is, ‘when is the next time this is going to happen and people can’t go to work? How do we make sure that our goods get to the end customer?’”

Hacobu, the logistics-data company, teamed up with Hino Motors in May to solve issues such as a shortage of drivers. Japan has had a chronic insufficiency of drivers, with 85% of companies surveyed by the Japan Truck Association saying they didn’t have enough, according to a 2019 poll.

There are still a lot of areas where humans are needed in logistics facilities. If the number of staff in warehouses is restricted to prevent transmission of the Covid-19 pathogen, that could limit shipments and turn into lost sales opportunities, according to Takeshi Kitaura, an analyst at Bloomberg Intelligence.

“The incentive for automation has gone up,” Kitaura said. He predicts that many providers of automation machines will see a drop in demand from automakers as the pandemic depresses sales of automobiles across the globe, and that the transport and logistics sector could make up for that decline.

Japan’s bigger retailers are also looking to automate their operations. Rakuten CEO Hiroshi Mikitani said on May 13 that his online marketplace is automating its logistics and installing new machines to reduce manual labour. Tadashi Yanai of Fast Retailing also said the maker of Uniqlo clothing is actively investing in logistics and its supply chain.

Hisashi Taniguchi, CEO of ZMP, which makes driverless carts and forklifts for warehouses, said the number of clients using its machines to support logistics will increase by 150 to 200 in 2020. ZMP is now planning to list on the Tokyo Stock Exchange, after postponing it in 2016.

Japan’s government is also behind the push into logistics automation. The country needs to embrace the use of data and artificial intelligence in managing truck fleets, autonomous vehicles and drones to be more competitive globally, the ministry of land, infrastructure, transport and tourism said in a policy paper. For example, the agency called for the use of drones in less populated, mountainous areas.

“The big challenge for us is regulations, which are different all over the world” for new technology such as drones, said Beth of Above Robotics.