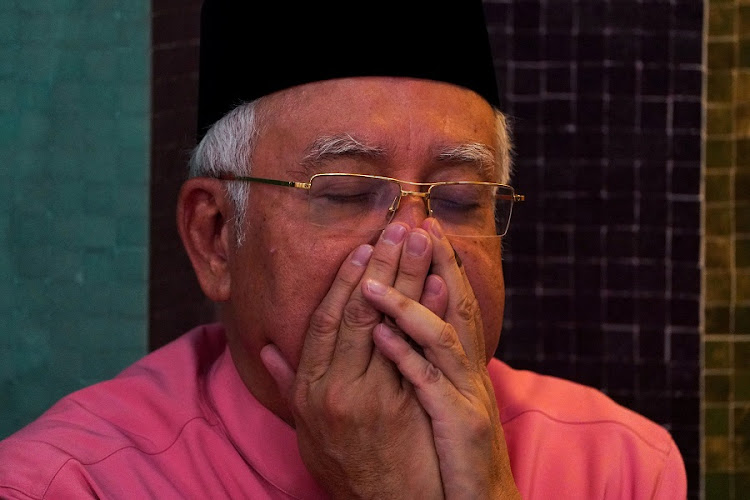 Kuala Lumpur — Malaysian government prosecutors withdrew corruption charges, on Tuesday, against an ally of former premier Najib Razak, whose party returned to power in a new coalition three months ago after having lost the last election amid huge graft scandals.

The prosecution gave no reason for withdrawing the charges, which involved a total of 403-million ringgit ($94.60m), and the opposition Pakatan Harapan coalition described the decision as “confusing and disappointing”.

“The attorney-general’s chambers must immediately provide a full explanation for the decision as it would reflect on the true face of today’s administration,” it said in a statement.

Opposition leaders and critics fear political influence could sway the outcome of the cases against Najib and other politicians as the country’s new Prime Minister Muhyiddin Yassin is dependent on UMNO’s support.

Najib faces multiple corruption charges in three separate trials linked to the siphoning off of billions of dollars from state fund 1Malaysian Development Berhad (1MDB) and other cases.

He has pleaded not guilty and will know the verdict of his first case in July.

Najib, Musa and others described the cases brought against them as politically motivated.

Outrage over the 1MDB scandal was one of the main factors why UMNO lost the historic 2018 election, its first defeat since Malaysia emerged from British colonial rule over 60 years ago.

The victors’ multi-ethnic coalition, headed by veteran leader Mahathir Mohamed, splintered in February, paving the way for Muhyiddin to patch things up with UMNO to form a new, Malay-dominated coalition.

The king’s role is largely ceremonial and it is unlikely his endorsement of the appointment will have any sway over a vote in parliament on his ...
World
2 years ago
Next Article