China’s manufacturing all but ended during the outbreak; now it’s starting again, but the West is cancelling orders due to its own virus battle 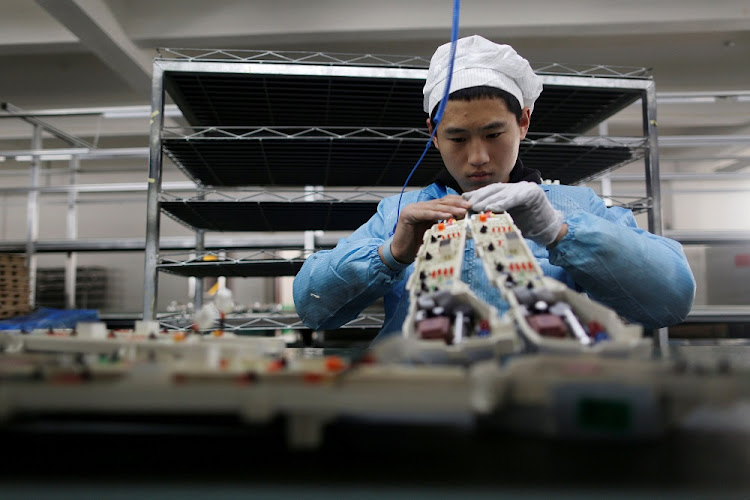 Beijing — Shi Xiaomin, who used to export suits and blazers by the thousands to South Korea, the Netherlands and the US, was luckier than many other Chinese factory owners.

When his factory in the eastern city of Wenzhou re-opened last month after an extended shutdown due to the coronavirus crisis, the local government sent a bus to a nearby province to ferry back more than 20 of his stranded workers. Staff with cars volunteered to fetch colleagues.

Shi’s optimism was short-lived. In the past week, requests to cancel orders or delay shipments from his European and US clients have flooded in.

Early in the outbreak, China imposed tough travel restrictions and factory suspensions to curb the spread of the virus, squeezing labour supplies and sending exporters scrambling to fulfil orders. Now, the reverse is happening — overseas orders are being scrapped as the pandemic ravages the economies of China’s trading partners.

“The unprecedented shutdown of normal economic activity across Europe, the US and a growing number of emerging markets is certain to cause a dramatic contraction in Chinese exports, probably in the range of a 20%-45%, year-on-year drop in the second quarter,” said Thomas Gatley, senior analyst at research firm Gavekal Dragonomics.

Shi said his fabric supplier in hard-hit Italy suspended operations on Sunday, meaning no fresh raw materials from May. His stockpile of fabric will last until the end of April. He said he will slow production and might suspend all output soon if business does not improve.

He also told the 50-odd workers who have yet to return from Hubei province, the epicentre of the outbreak in China, to find jobs elsewhere. “We know this year is bad and next year will be better, but the question is how many factories can make it to next year?” Shi said.

Economists had initially anticipated a V-shaped recovery for China’s economy, similar to that seen after the SARS epidemic in 2003. But analysts have since slashed their forecasts to levels not seen since the Cultural Revolution ended in 1976.

“The last overseas orders we received were for April,” said Zhu Hongping, chair of Hangzhou Hongli Food, a supplier of pre-cooked food to restaurants in Japan, South Korea, Australia and New Zealand. Normally, at this time of the year, orders can stretch to June and July, Zhu said, adding he may have to suspend production in three months.

Even when they do have orders, exporters are worried about constantly changing restrictions countries have adopted to curb the spread of the virus.

“Even if we finish the products, we don’t know if the countries we are shipping to will be locked down,” said Yi-Cheng Sung, who helps manage a factory that produces make-up brushes and accessories in Shenzhen.

On Tuesday, state-owned Securities Times paper reported Good Will Watch Case Manufacturing, a supplier to the US watch brand Fossil, would put its more than 600 workers on leave for at least three months.

China’s manufacturing sector, accounting for about 40% of GDP and more than 20% of jobs, was already suffering from the US-China trade war.

More big layoffs would be a concern for the ruling Communist Party and its focus on social cohesion and economic stability, particularly in a year when Beijing aims to double GDP and disposable incomes from a decade ago.

China’s urban jobless rate hit 6.2% in February, up one percentage point from the end of 2019, and a record since the statistics bureau started publishing the data in early 2018.

Dan Wang, an analyst with the Economist Intelligence Unit, said the jobless rate could go up by another five percentage points this year, which corresponds to an additional 22-million in urban unemployment, on top of an estimated 5-million jobs lost in January/February.

A salesman at a mirror factory in Yiwu in Zhejiang province said US clients cancelled more than $500,000 of orders on Saturday alone. Some of the factory’s more than 1,000 workers have since been suspended while others are given more days off per week, the salesman said, declining to be named, adding, “I think the company will start to lay people off soon.”