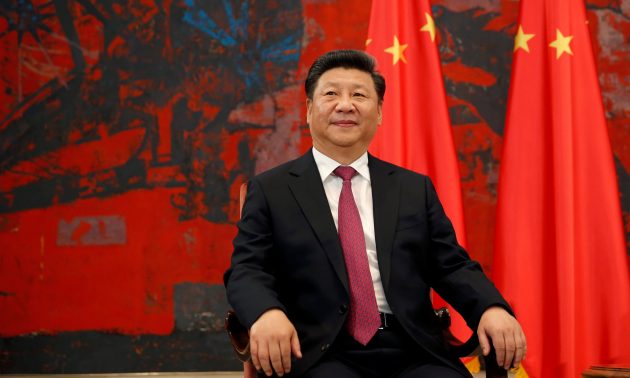 Hong Kong — Seventy years after the founding of the People’s Republic of China, President Xi Jinping is nearing a goal that was only a distant dream for Mao Zedong: getting every country in the world to drop diplomatic recognition of Taiwan.

The decision of two Pacific Island states to switch relations to Beijing from Taipei in recent weeks leaves the Republic of China — the government forced off the mainland by Mao’s forces in 1949 — with just 15 formal diplomatic partners.

President Tsai Ing-wen’s security council acknowledged in September that the island could lose as many as two more allies in 2019, as Xi accelerates efforts to isolate her pro-independence party.

The approaching milestone raises as many questions for Xi as it does for Tsai, as she faces a re-election fight against a China-friendly rival in January. While the diplomatic squeeze may make some voters feel it’s futile to resist unification with the mainland, it also risks backfiring and bolstering those who have long argued for replacing the Republic of China with a Republic of Taiwan.

“If China wants to strangle us in international society, they could try to force all our allies to shift recognition from Taiwan to Beijing, then we’d be totally isolated and it would be hard for Taiwan to claim we’re a country and not another province of China,” said Liu Birong, a political science professor at Taiwan’s Soochow University.

“Maybe people will eventually declare independence or something. And the result will be a disaster.”

A move towards independence in Taipei could spark a regional crisis because China hasn’t ruled out military force to prevent Taiwan’s from formally breaking away and Washington is obliged to help the island defend itself under a 1979 law. Support for Taiwan has grown in the US in recent years as China hawks look for ways to check Beijing’s rising global influence.

The US is making a concerted show of support as Taiwan prepares to mark its own national day Thursday. Senator Ted Cruz, a Texas Republican, will attend celebrations. Sandra Oudkirk, deputy assistant secretary of state for Australia, New Zealand and the Pacific Islands; representative Sean Maloney, a New York Democrat; and Sarah Sanders, the former White House press secretary, are also in Taipei.

Reducing Taiwan to zero diplomatic allies would complete a slow exodus that began when nationalist leader Chiang Kai-shek fled across the Taiwan Strait during a bloody civil war with Mao’s communists. The biggest shock came in the 1970s, when the US broke ties with Taipei in favour of Beijing.

While Taiwan’s citizens and investors can still travel around the world and conduct business thanks to informal understandings and a patchwork of trade partnerships, it’s unclear how long that can last. China could next use its economic influence to curb Taiwan’s informal ties, as well, such as when Nigeria ordered Taipei to move its trade mission out of the country’s capital in 2017.

“Solomon Islands wasn’t lured away by Beijing, Taiwan lost it,” Hu Xijin the editor-in-chief of the Communist Party’s Global Times newspaper, wrote on Twitter after the country cut ties. “It’s a natural result of huge gap of strength between Chinese mainland & Taiwan. The US, Australia all have diplomatic relations with China, why can’t the small countries?”

For most of the past 70 years, Taiwan has been governed by Chiang’s Kuomintang (KMT), which sees itself the rightful rulers of “one China,” and is thus sympathetic to Beijing’s hope for an eventual union. But a younger generation of China sceptics who view Taiwan as already independent has eroded the KMT’s influence amid the island’s shift to democracy, culminating in the Democratic Progressive Party’s unprecedented sweep of the presidency and parliament in 2016.

China’s successful wooing of the Solomon Islands and Kiribati in September — the latest of seven nations to cut ties with Taiwan since Tsai’s election — underscores the costs of defying Xi. Tsai’s KMT opponent, Kaohsiung mayor Han Kuo-yu, has described the January 11 election as a choice between “peace or crisis” and earlier in 2019 said that peace talks with Beijing were “inevitable”.

But the diplomatic pressure could also turn voters away from China, especially as months of pro-democracy protests in Hong Kong highlight apprehension about Beijing’s rule. Tsai’s poll numbers have surged back in recent months after she became one of the Hong Kong protesters’ most high-profile supporters.

China fired missiles into the Taiwan Strait before the island’s first direct presidential election in 1996, only to see the candidate it opposed win and turnout reach 76%. Beijing’s efforts to isolate Tsai have helped ensure that the future of Taiwan’s relationship with the mainland will dominate the debate in the coming election.

“My feeling is it could backfire,” said Graeme Smith, a fellow in the department of Pacific affairs at the Australian National University. “When China has been overly aggressive around elections, it has played in the DPP’s favour. It could be another case of them not understanding how democracies work.”

Taiwan wouldn’t be completely isolated, even if it loses every formal ally. Foreign officials from places such as the US, Japan and Europe occasionally visit Taipei, a form of de facto recognition, and Taiwan also maintains memberships in some international agencies including the World Trade Organization and the Asia Pacific Economic Cooperation forum.

That said, the trend of countries abandoning Taiwan looks likely to continue. In a bid to firm up ties, Taiwanese foreign minister Joseph Wu met leaders from the island nations of Palau and Nauru as they stopped over in Taipei.

“One interpretation is that these switches indicate Tsai Ing-wen’s clear failure to manage the cross-Strait relationship,” said Kharis Templeman, a Taiwan expert and political scientist at Stanford University. “Another interpretation is that Taiwan is facing an unprecedented threat from Beijing, poaching allies makes this threat even more salient to the average Taiwanese voter.”

China to curtail trade topics in talks with US

Vice-premier Liu He, who will lead the Chinese contingent, says his offer to the US will not include commitments on reforming Chinese industrial ...
World
2 years ago
Next Article