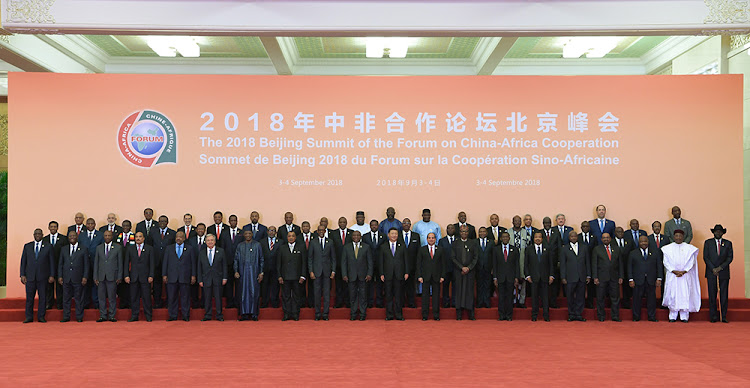 2018 is a historic year in the development of China-Africa relation. Chinese President Xi Jinping was invited to pay a state visit to Senegal, Rwanda and South Africa, and attend the 10th BRICS Summit held in Johannesburg. Li Zhanshu, chairman of the Standing Committee of the National People’s Congress, and Wang Yang, chairman of the National Committee of Chinese People’s Political Consultative Conference, were respectively invited to pay an official friendly visit to Ethiopia, Mozambique, Namibia, Congo-Brazzaville, Uganda and Kenya. During the FOCAC Beijing Summit, the leaders of China and Africa focused on the theme of “China and Africa: Toward An Even Stronger Community with a Shared Future through Win-Win Cooperation”, and drew up a new blueprint for China-Africa’s win-win cooperation for common development.

China-Africa relations have always stood the test of time. Just as President Xi Jinping remarked, “friendship of China and Africa is a gift of history. It is the result of careful cultivation of generations of two sides’ leaders, and continuous efforts of the two peoples. It is our common precious wealth.”

In the 1950s and 1960s, the first-generation leaders of China, including Mao Zedong and Zhou Enlai, and then African leaders jointly opened a new era of China-Africa relation. Since then, the Chinese and African people have always supported each other and cooperated sincerely on the struggle against colonialism and imperialism, the fight for national independence and liberation, and the pursuit of development and revitalisation. Since the beginning of the new century, China-Africa relations have entered a new stage of comprehensive and rapid development. The cooperation between China and Africa has been enhanced rapidly, and it has become a new highlight of China's foreign cooperation. Today, the greatest aspiration for China and Africa is win-win cooperation for common development, and to jointly realise the Chinese dream and the African dream.

China and Africa share mutual complementarities and could be each other’s opportunities. China and Africa have always been a community with a shared future. The 21st century is not only the century of China and Asia, but also the century of a rapidly rising Africa. Africa boasts rich natural and human resources, and great potential for development. The common market and integration of Africa is gaining new momentum. As the world’s second- largest economy and the largest manufacturing country, China has comparative advantages and successful development experience in capital, technology, market, and human resources. More importantly, China has a strong political commitment to helping Africa achieve independent and sustainable development, and to break through the three development bottlenecks, namely inadequate infrastructure, lack of professional and skilled personnel, and a shortage of financial resources. Besides, China is also willing to support Africa overcome challenges of governance, security environment, mindset on market economy and self-sustainable development. In other words, China and Africa share mutual needs and complementarities, and face a rare historic opportunity to synergise development strategies.

FOCAC has delivered fruitful results. Since its establishment, FOCAC has always adhered to the principle of planning together, building together, sharing together, equality, pragmatism and efficiency, and promoting fruitful cooperation results. FOCAC is at the forefront of international cooperation with Africa, boosting South-South cooperation, and benefiting the peoples of both China and Africa. By the end of 2017, China has financed and built for Africa 6,200km of railways, 6,500km of roads, 20 seaports, 20 bridges, over 80 power plants, more than 200 schools, and 80-plus stadiums. As part of Chinese efforts to comprehensively support African countries in capacity building, every year, China offers over 10,000 government scholarships and over 50,000 training opportunities to countries across Africa. With the support from FOCAC, China-Africa production capacity cooperation is picking up speed, and a large number of flagship projects are emerging across the African continent, including railways, seaports, airports, industrial parks, and maritime industrial areas. Those projects have been extremely instrumental in accelerating African industrialisation.

Working together for common development and a shared future. On September 3 and 4, the FOCAC Beijing Summit was successfully held. President Xi Jinping and 54 African members of the FOCAC attended the Summit, including 40 presidents, 10 prime ministers, one vice-president and the chairman of the African Union (AU) Commission. In addition, the UN secretary-general and representatives of 26 international and African regional organisations also attended the summit, with over 3,200 participants from home and abroad, making it the largest and most high-profile diplomatic event ever hosted by China.

President Xi Jinping delivered a series of key speeches, stressing that China and Africa should jointly build a China-Africa community with a shared future that assumes joint responsibility, pursues win-win cooperation, delivers happiness for all, enjoys cultural prosperity, ensures common security, and promotes harmony between man and nature. In the next three years and beyond, China will launch eight major initiatives in close collaboration with African countries, namely industrial promotion initiative, infrastructure connectivity initiative, trade facilitation initiative, green development initiative, capacity building initiative, health care initiative, people-to-people exchange initiative, and peace and security initiative. To make sure that these eight initiatives are implemented on the ground, China will extend US$60-billion of financing to Africa, which received high appreciation by African leaders. The Summit is not only a historic gathering of the China-Africa big family, but also a historic monument to the joint efforts of China and Africa to strengthen unity and cooperation for common development, which achieves historic results:

First, the Beijing Summit has set new grand goals for upgrading the relations between China and Africa. China and Africa have always been close partners sharing weal and woe and the same destiny. At the Summit, President Xi Jinping put forward the idea of building an even stronger China-Africa community with a shared future and made clear the specific connotation of the six-in-one strategy, which gained high praise and unanimous response of all African countries. This has further strengthened the willingness and confidence of both China and Africa to carry out cooperation in various fields on a larger scale, at a deeper level and with a higher standard, setting goals and charting the course for the development of China-Africa comprehensive strategic cooperative partnership. 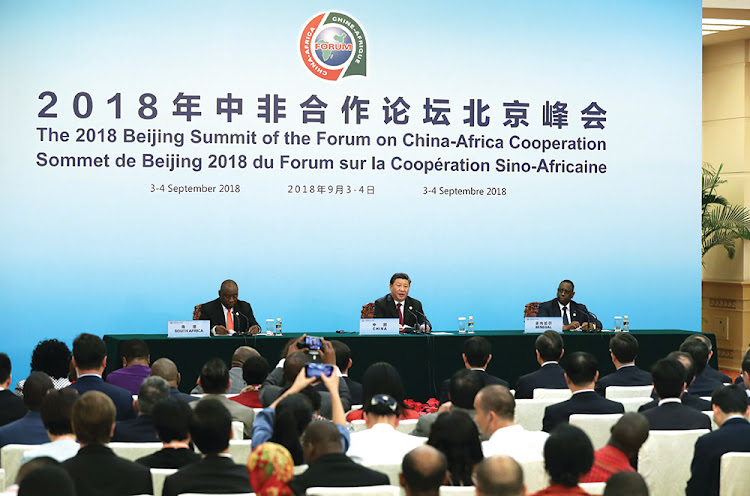 Second, the Beijing Summit has created a new upward channel for strengthening China-Africa cooperation. On the basis of a comprehensive summary of the successful experience of the ten major China-Africa cooperation plans, the Summit has become more well-targeted and effective, and it has put forward the eight major initiatives based on the people-centred cooperation concept, which calls for joint implementation by China and Africa. These initiatives will speed up China-Africa cooperation and accelerate the realisation of the sustainable development in various African countries. The African leaders also widely believed that the Belt and Road Initiative has brought the Asian and African continents ever closer together, injected new vitality into Africa-China cooperation and proposed an innovative solution for global governance.

Third, the Beijing Summit has expanded new and broad space for deepening South-South cooperation. Under the framework of the FOCAC, this Summit further strengthened the willingness and also built the consensus of the 55 parties and the 2.6-billion people to commit to unity and cooperation. At the Summit, China and Africa have made their own voices heard on major international and regional issues and planned their own route for exploring development and cooperation, which plays an important leading role in and has demonstration effect on promoting South-South cooperation as well as helping better safeguard the common interests of developing countries.

Fourth, the Beijing Summit has made new and positive contributions to maintaining the international system. Amid the deep adjustment of the international landscape, China and Africa have clearly sent out the voice of opposing unilateralism and protectionism and firmly safeguarding multilateralism and the free trade system at the Summit. Both sides have advocated upholding the principle of extensive consultation, joint contribution and shared benefits, actively promoted the reform of the global governance system, and promoted economic globalisation to develop toward a more open, inclusive, universally beneficial, balanced, and win-win direction, injecting strong and positive energy into the international situation full of uncertain and unstable factors.

The success of the FOCAC Beijing Summit has once again fully demonstrated that the traditional friendship between China and Africa enjoys a solid foundation, and that China-Africa practical cooperation is full of vitality. The mechanism of the FOCAC is pragmatic and efficient. The vigorous development of China-Africa cooperation has not only promoted the development and progress of Africa, but also boosted the confidence of the African people and the international community in the future of Africa's development. It also drove international community to pay more attention to Africa and increase investment in Africa. With the support of FOCAC Beijing Summit, China is willing to cooperate with Africa to further upgrade China-Africa Comprehensive Strategic and Cooperative Partnership to a new level, and work hard to realise the great dream of China and Africa for common development and rejuvenation.