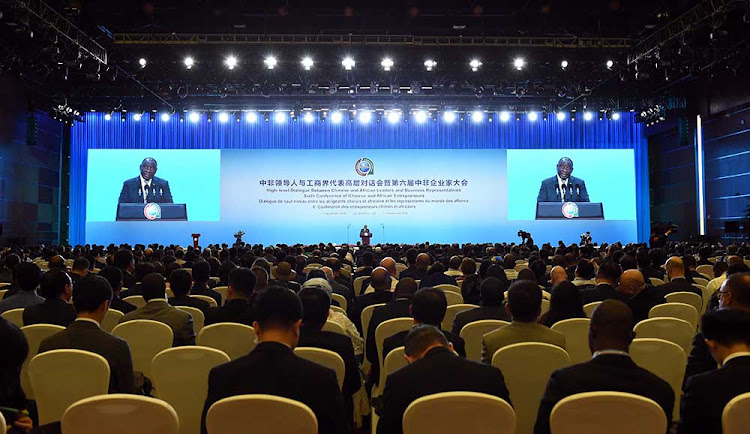 The flourishing and booming development of China-South Africa economic and trade cooperation was not achieved overnight, but through a long period of time, step by step. The two countries have always extended mutual support through sincere cooperation, and adhered to the principle of mutual benefit and win-win cooperation for common development. China and South Africa have fully honoured commitments to each other, properly resolved issues and problems emerged in the economic and trade cooperation, and jointly coped with the challenges brought by the changes of global economic conditions and protectionism.

In his 2018 State of the Nation Address, President Ramaphosa said that “we will make a major push this year to encourage significant new investment in our country”. He then announced a New Investment Initiative that aims at attracting $100-billion of foreign investment in the next five years. The Chinese government quickly took action and supported such an initiative. During President Xi Jinping’s state visit to South Africa in July 2018 and President Ramaphosa’s state visit to China in September 2018, the two countries entered into business agreements with a total value of nearly $16-billion. Furthermore, Che Jun, the CPC Party Secretary of Zhejiang Province, led a large economic and trade delegation to South Africa to survey the investment environment and investment opportunities.

At the upcoming Jobs Summit and Investment Conference in South Africa, China will continue to actively respond to and strongly support the major development initiatives such as the New Investment Drive proposed by President Ramaphosa by encouraging more Chinese enterprises to invest in South Africa. China will host the first China International Import Expo in Shanghai in November 2018, which will become the first national level import expo in the world history. China has invited South Africa as one of the guests of honour to participate in this grand event, which will certainly create new opportunities for optimising bilateral trade structure and encouraging export of South African products to China.

As an old Chinese saying goes, actions speak louder than words. Real friends do not dictate their orders or boast without concrete action. China is demonstrating its strong confidence in the prospect of South Africa with real action, and combating risks and challenges together and side by side with South African friends. At the same time, South Africa is firmly upholding the interests of the developing countries and the multilateral trading system with the World Trade Organisation at its core, and is unequivocally opposing unilateralism and bullying. As President Xi Jinping said, the bilateral ties between China and South Africa have thus served as a model for China-Africa relations, for South-South cooperation, and for unity and cooperation among emerging market countries.

“The success of teamwork, coming together is a beginning, keeping together is progress and working together is success.” The high standard of China-South Africa economic and trade cooperation is proved by facts: China is not aiding South Africa by “pouring money”, but by investment and cooperation on equal basis; China does not provide sovereign debt with high default risk to South Africa, but rather “blood generating” commercial loan; China-South Africa economic and trade cooperation does not concentrate in mineral resources exploitation only, but spreads across agriculture, manufacture, transportation, ICT, and financial industries. Chinese enterprises in South Africa have embarked onto a journey of development from raw material excavation to primary processing, from low-end manufacturing to high-end manufacturing, from the first and second industries to the third industry, and from adapting to the local community to actively fulfilling social responsibilities.

China Longyuan South Africa upholds the principle of green intensive development. Its Mulilo De Aar Wind Power Project became the first Chinese wind power project in Africa that integrated investment, construction and operation. Guided by its outlook on the future of Africa, Huawei South Africa established the first Innovation & Experience Centre in Africa. Bank of China, as part of its breakthrough initiative, issued the first offshore RMB bond in Africa, the Rainbow Bond. China is supporting South Africa, with real actions, in becoming the leading force among the African lions and the driving engine of industrialisation in Africa.

During his state visit in 2015, President Xi Jinping witnessed the signing of the Memorandum of Understanding between the BAIC Group and the Industrial Development Corporation of South Africa in regard to the BAIC South Africa Plant Project. The project laid the foundation in August 2016, and in merely two years, the first car rolled off the production line in July 2018, witnessed by the heads of both states. 60% of the spare parts used in the plant will be supplied domestically in the next five years, which will drive the growth of the automobile industry and have a positive impact on the South African economy. The BAIC South Africa Plant Project is a typical successful example of China-South Africa cooperation. Thanks to the driving force of both governments and the joint efforts of the businesses, the parties implemented the project at a new speed.

“The more we share, the more we have.” There are more than 13,000 successful Chinese enterprises in South Africa, who are also giving back to the society by creating more than 400,000 jobs. For instance, the China Mall Group operated by a Chinese couple offers more than 600 shops that provide over 3,000 jobs. It is a remarkable fact that as much as 93.75% of employees in the Chinese enterprises in South Africa are locals. These enterprises also actively support the South African government in promoting black economic empowerment and woman economy empowerment. Over 40% of employees in Hisense South Africa Plant are female; 20% of the management team of ZTE South Africa are local females; and the company employed 39 interns with disabilities. 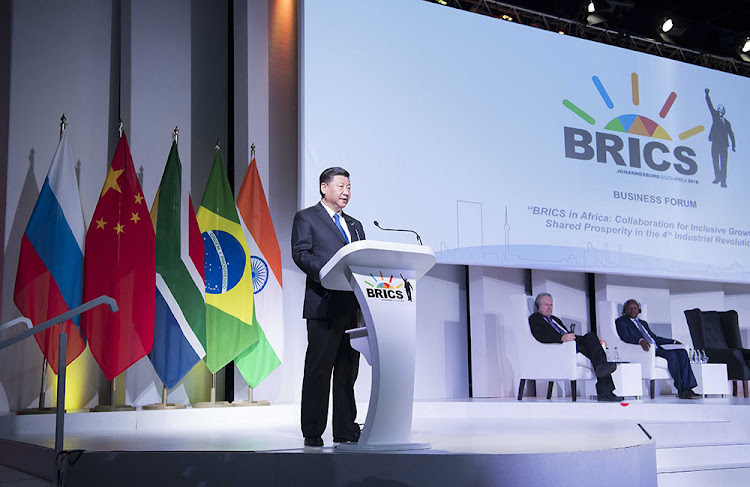 On August 13 2018, the BRICS Business Council of South Africa published an article, A BRICS Success Story, in which the economic and social benefits created by the Palabora Copper Mine project of Hebei Iron & Steel Group are illustrated by vivid examples and statistics. When the Chinese consortium acquired this project in 2013, it was facing the life of mine ending in 2015 and shutting down of the smelter, which would have resulted in the loss of employment for more than 4,200 employees. The Chinese consortium invested R10.4-billion to extend the life of mine, R878-million to refurbish the smelter and R261-million to construct the flotation plant to improve copper recoveries and operational efficiencies. With unremitting effort, the project is revived, the life of mine is extended to 2035, which has not only saved over 4,200 jobs, but also created almost 1,000 new jobs. So far, the project has spent about R186-million in socioeconomic development initiatives in Phalaborwa that benefit the local communities.

Co-sharing not only means sharing ofthe fruits of economic development, but also sharing future development environment and opportunities. Green development is in the interest of the current and future generations, which is also an unshaken goal of the Chinese enterprises in South Africa. The Mamba Cement project of Jinyu Jidong Development Group pays high attention to the protection of the local environment. It adopted advanced international standard and environmental protection technology to control dust discharge below 30mg per cubic meter and nitrogen oxide emission below 0.02%. It also generates 30% of power consumption of production by waste heat recovery. The Department of Trade and Industry of South Africa thus granted the project R170-million in cash and some tax breaks as a reward.

Co-sharing means sharing of costs and benefits, instead of one party taking all the benefits and leaving the other party with costs and risks. China has always been a good brother who stands with South Africa through thick and thin, a good partner that seeks mutual benefit and a good friend that treats South Africa with sincerity. China has been the biggest trade partner of South Africa for nine consecutive years. It is also the major source of investment and tourists of South Africa. This year’s successful exchange of visits between the two heads of states further strengthened mutual political trust, which will lead the bilateral economic and trade relationship to a more profound and higher level. The meeting of the heads of BRICS countries and the FOCAC Beijing Summit created new opportunities and potentials for deepening economic and trade cooperation, and the signing of commercial agreements with a value of nearly $16-billion is the best footnote marking the comprehensive strategic partnership between China and South Africa onto a new level. We believe that guided by the principles of Confidence, Collaboration and Co-sharing, China-South Africa economic and trade cooperation will generate more good news and make better contributions to China-South Africa relations.