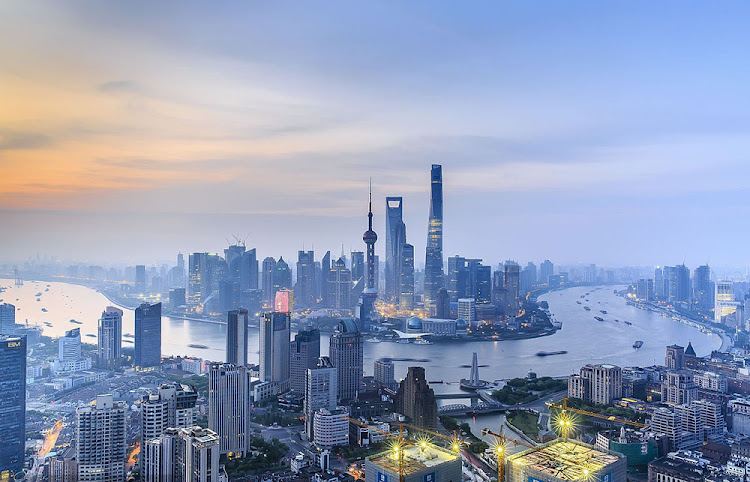 In 1978, the 11th Central Committee of the Communist Party of China (CPC) convened its 3rd Plenary Session, launching a great journey of China’s reform and opening up to the outside world. Forty years on, China has transformed from a planned economy to a market economy, from a “big rice pot” system to a family contract responsibility system, from the initial four Special Economic Zones to 14 coastal cities to pilot the reform and opening policies, and to today's 11 Free-Trade Zones piloted by Shanghai, and Hainan Island transformed into a “free trade port with Chinese characteristics”. From “crossing the river by feeling the stones” to comprehensive economic, political, cultural and social reform, China has trail-blazed an unprecedented path of socialism with Chinese characteristics which has brought common prosperity to over 1.3-billion Chinese people.

Over the past 40 years, the Chinese economy has registered remarkable growth. In 2017, China’s GDP at a constant price was 33.5 times higher than that of 1978, with an average annual growth rate of 9.5%, much higher than the average annual growth rate of 2.9% in the world economy. China’s share of the world economy has reached 15%. In 1978, China’s economic aggregate ranked 11th in the world. But since reform and opening up, China’s economy has caught up fast, with its size surpassing Italy, France, Britain and Germany. It surpassed Japan in 2010 and became twice as large as Japan in 2014, ranking as the second-largest economy in the world.

Over the past 40 years, the Chinese people have upgraded from subsistence to affluence, and from poverty to moderate prosperity. From 1978 to 2017, the number of employed people in China increased from 40.152-million to 776.4-million; the urban per-capita disposable income increased from 343 RMB to 36,000 RMB. Basic medical insurance and social endowment insurance covered 1.35-billion people and more than 900-million people respectively from scratch.

Education level was lifted from the relatively backward to above-average in the world, free and compulsory education in urban and rural areas has been fully realised, and the gross enrolment rate in high school and higher education reached 88.3% and 45.7% respectively. More than 700-million Chinese were lifted out of absolute poverty, accounting for over 70% of global poverty reduction during the period. The mobile phone penetration rate reached 102.5/100 people. China has built the world’s largest mobile broadband network, and Chinese mobile broadband users reached 1.13-billion. Chinese residents' life expectancy increased from 67.8 years old in 1981 to 76.7 years old in 2017.

Over the past 40 years, China’s reform and opening up has benefited the whole world. From closed and semi-closed to full-scale opening, China has become the world’s largest exporter and second-largest importer. China has become one of the main engines to drive the global economy by contributing an average of over 30% to world economic growth. In 2017, the total import and export volume of Chinese goods reached US$4.1-trillion, increasing 197.9 times from 1978, with an average annual growth rate of 14.5% and ranking first in the world. In 2017, China’s non-financial outbound foreign direct investment reached $120.1-billion, increasing 41.1 times from 2003, with an average annual growth rate of 30.6%. Today, China is the No 1 trading partner with over 100 countries worldwide, including the United States, Russia, Japan, South Africa and most of the European countries. Since 2014, China has registered over 120-million person times of overseas trips each year, becoming the most important source of international tourists.

China has learned a lot from its reform and opening up. And the following four revelations and inspirations are particularly important:

– Remaining committed to the leadership of the CPC as the natural choice of the Chinese history and people. The CPC with 90-million members always upholds a people-centred development approach and is committed to building the Party for the public, exercising power for the people, and serving the people wholeheartedly. The CPC focuses on meeting the aspiration of the people for a better life and has ensured strong political support and long-term social stability for China’s pursuit of rapid development.

– Remaining committed to socialism with Chinese characteristics as the inevitable path to China’s success. The fundamental difference between socialism and capitalism is whether development achievements are shared by all or by just a few. The CPC and the Chinese people have chosen to share all the achievements with all. China did not copy the development model of other countries. Socialism with Chinese characteristics is a path that best suits China’s national conditions, history and culture. It has fully mobilised the strength and creativity of the Chinese people to become both the contributors and beneficiary of China’s national development for common prosperity.

– Remaining committed to reform and opening up as a crucial move of China’s success. China used to be a victim of closing doors and false pride. During the Tang, Song and Ming dynasties, China had maintained an economy half of the size of the whole world. But in the later Qing dynasty, China moved down the path of self-complacency and seclusion. In 1949, the People’s Republic of China was founded. But the West, preoccupied with their geopolitical stakes and the Cold War mentality, instituted a complete political, economic and military blockade against the new China, forcing China to once again close its doors and seek development on its own strength. After nearly 30 years of hard work, China’s per capita GDP has only increased to merely 227 dollars from less than 100 dollars. It was so fortunate for the Chinese people that China in 1978, under the leadership of the CPC with Comrade Deng Xiaoping at its core, seized the major historic opportunity of global industrial structural adjustment. Through constant reform and opening up, China has successfully achieved a development miracle.

– Remaining committed to peaceful development is the important precondition to China’s success. China attaches great importance to peace and harmony, and has always earnestly pursued peaceful development and an independent foreign policy of peace. China’s firm commitment to domestic stability and world peace has enabled a favourable environment for China’s development. 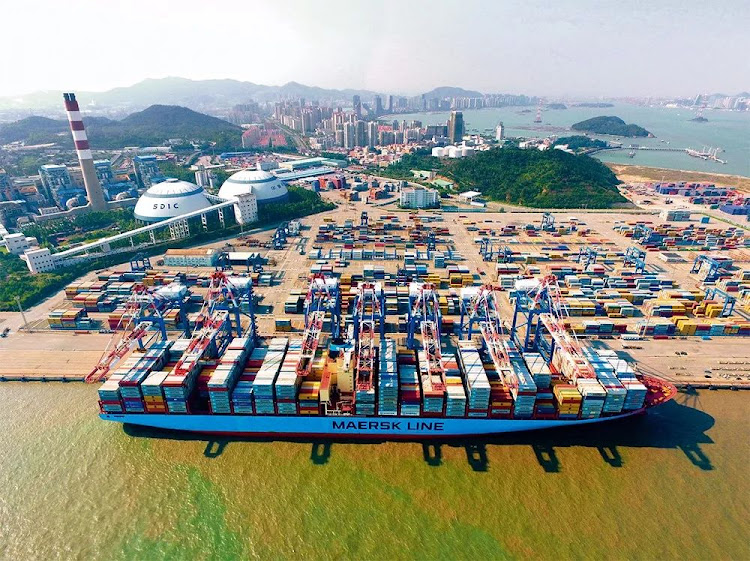 China has always been a builder of world peace, a contributor to global development and an upholder of international order. China has participated in 24 UN peacekeeping operations since 1990 and has contributed more than 37,000 peacekeepers. Among the permanent member states of the United Nations (UN) Security Council, China has contributed the largest number of troops to UN peacekeeping missions and the second largest share to the UN peacekeeping budget. At present, about 2,500 Chinese peacekeepers participate in the UN peacekeeping mission area. In 2017, the important concept of the “a community of shared future for mankind” proposed by President Xi Jinping has been included into UN resolutions and is being widely recognised and appreciated by the international community.

In October 2017, the CPC convened its 19th National Congress. This historic Congress mapped out a new blueprint for the realization of the Chinese Dream of the great rejuvenation of the Chinese nation. The Congress declared that socialism with Chinese characteristics has entered a new era, and resolved that: by 2020, China will fully achieve moderate prosperity in all respects across its entire 1.4-billion population and completely eradicate poverty; by 2035, China will basically achieve socialist modernization with per capita GDP reaching 30,000 dollars; by mid-21st century, China will fully develop into a great modern socialist country that is prosperous, strong, democratic, culturally advanced, harmonious, and beautiful.

After 40 years of exploration, struggles, and accumulation, we have more strength and confidence in advancing reform and opening up from a new starting point. China will never pause or falter in pressing ahead with reform and opening up. We will adopt a new pattern of comprehensive openness, implement more robust trade and investment liberalisation and facilitation policy, actively pursue the “last mile” of reform, and expand the service industry, especially the financial industry, to open up to the outside world. Measures such as tariffs reduction, substantial liberalisation of market access, strengthening of intellectual property protection, and active expansion of imports have furthered strengthened China’s world-class business environment. In November this year, China will host the International Import Expo in Shanghai, which is the world’s first import-themed national exposition. Next year, China will hold the second Belt and Road Forum to provide a new platform for all parties to share development opportunities. In the next five years, China will import more than $10-trillion of goods and services, invest over $750-billion abroad, and is expected to have over 650-million tourists out of China.

China’s reform and opening up has conformed to the historical requirements of the Chinese people to develop, to innovate, and to live a better life. It is in line with the trend of the times in which all peoples of the world want to develop, cooperate, and live in peace. Forty years of practice has proven that upholding socialism with Chinese characteristics has been the right choice to achieve success.

China’s experience has also offered inspiration and more choice for other developing countries to explore development path suitable to their national conditions for self-sustainable development. We are willing to share China’s development opportunities and experiences with the world, but we will never impose our own roads, models, and theories on people.

China will take further steps to comprehensively deepen reform and opening up. China will continue to firmly hold high the banner of peace, development, cooperation and win-win, follow the principle of planning together, building together and sharing together, join the efforts of the global community to promote the Belt and Road initiative, and work together to pursue a new type of international relations featuring mutual respect, fairness, justice, and win-win cooperation and build a community with shared future for mankind, making new and greater contributions to a more fair and just international order and a more prosperous, stable and beautiful world.