Floods kill at least 26 in Kentucky 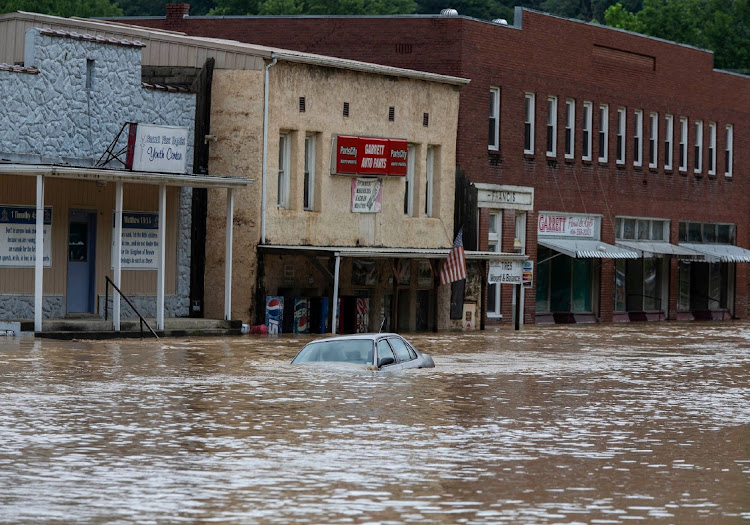 A car is submerged in flood waters in Garrett, Kentucky, the US, July 28 2022. Picture: PAT MCDONOGH/USA TODAY NETWORK/REUTERS

At least 26 people, including children, have died in floods unleashed by torrential rains in eastern Kentucky, and more fatalities are predicted with authorities expecting to continue finding bodies for weeks, governor Andy Beshear said on Sunday.

“There is widespread damage with many families displaced and more rain expected throughout the next day,” the governor wrote on Twitter on Sunday.

“I know of several additional bodies, and we know it's going to grow,” the governor told NBC News. “We are going to be finding bodies for weeks.”

Four children were confirmed dead as of Saturday and the governor told NBC News he feared that number would go up at least by two on Sunday. 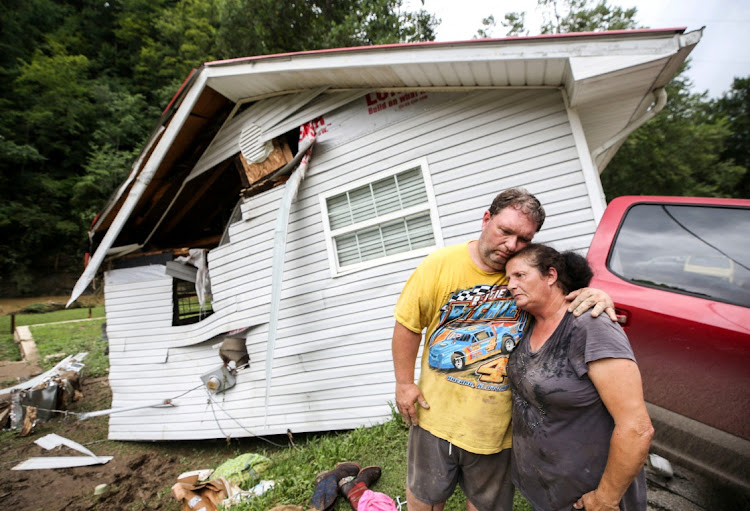 Reggie Ritchie comforts wife Della after their home was destroyed by the flooding in Fisty, Kentucky, the US, July 29 2022. Picture: MATT STONE/USA TODAY NETWORK/REUTERS

The floods were the second major national disaster to strike Kentucky in seven months, following a swarm of tornadoes that claimed nearly 80 lives in the western part of the state in December.

Beshear on Thursday declared an emergency and described the disaster as “one of the worst, most devastating flooding events” in Kentucky's history.

President Joe Biden declared a major disaster in Kentucky on Friday, allowing federal funding to be allocated to the state.

A flood watch was in effect through Monday morning for areas in southern and eastern Kentucky, the National Weather Service said.

There were over 13,000 reports of power outages in the state early on Sunday, according to PowerOutage.US.

The damage from the storms could take years to repair, Beshear said.

With a federal goal that half of all cars sold by 2030 should be zero-emission, the US will need 20 times more chargers than it has now
World
1 month ago