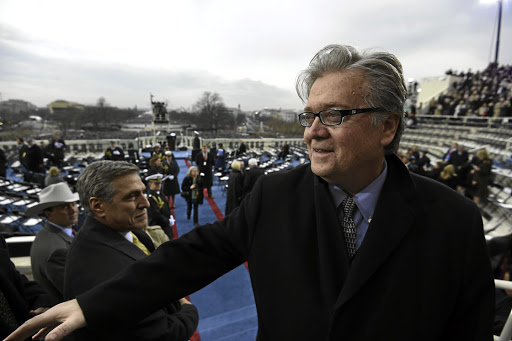 Washington — The prosecution asked jurors on Friday to convict Steve Bannon on charges of contempt of Congress for rebuffing a subpoena by the committee investigating last year’s attack on the US Capitol, saying Donald Trump’s former presidential adviser must be held accountable for his unlawful defiance.

Prosecution and defence lawyers delivered closing arguments to the 12-member jury in the trial. Jurors were due to start deliberations after that. Bannon, 68, has pleaded not guilty to two misdemeanour counts after defying the House of Representative select committee’s subpoena requesting testimony and documents as part of its inquiry into the January 6, 2021, rampage by Trump supporters trying to undo his 2020 election defeat.

“There is nothing political about finding out why January 6 happened and making sure it never happens again,” Gaston said.

“He thought it was beneath him,” Gaston added.

“The defendant made a deliberate decision not to comply and that, ladies and gentlemen, is contempt. It is a crime,” Gaston said.

Evan Corcoran, one of Bannon’s attorneys, told jurors in the defence closing arguments that “there is no evidence in this case that Steve Bannon was involved at all” in the events of January  6.

“Even if you think in hindsight that the path that Mr. Bannon took and the path that his lawyer took ... turned out to be a mistake, it was not a crime,” Corcoran added.

“If there is a reasonable doubt, you must find Steve Bannon not guilty,” Corcoran said.

The defence rested its case on Thursday without calling any witnesses after the prosecution rested on Wednesday, having called just two witnesses over two days.

Trump’s supporters stormed the Capitol and attacked police in a failed effort to block formal congressional certification of his 2020 election loss to Democrat Joe Biden, which Trump falsely claims was the result of widespread voting fraud. Bannon was a key adviser to Trump’s 2016 presidential campaign, then served in 2017 as his chief White House strategist.

“This is a simple case about a man — that man, Steve Bannon — who didn't show up,” Gaston told jurors. “Why didn’t he show up? He did not want to provide the January 6 committee with documents. He did not want to answer its questions. And when it really comes down to it, he did not want to recognise Congress’s authority or play by the government’s rules.”

Gaston compared the case to a person getting a parking ticket in the District of Columbia.

“He gets to his car and there is a pink piece of paper under the windshield wiper,” Gaston said. “He can go ahead and comply — that is, pay it — or if he thinks he has an excuse, he can give an explanation to the office of parking enforcement. But if the DC government rejects his excuse? That is it. That is the end.”

US districtjudge Carl Nichols placed limits on the kinds of arguments the defence could make during the trial.

The main prosecution witness was Kristin Amerling, a senior committee staff member. She testified on Wednesday that Bannon disregarded the subpoena’s two deadlines, sought no extensions and offered an invalid rationale for his defiance — a claim by Trump involving a legal doctrine called executive privilege that can keep certain presidential communications confidential.