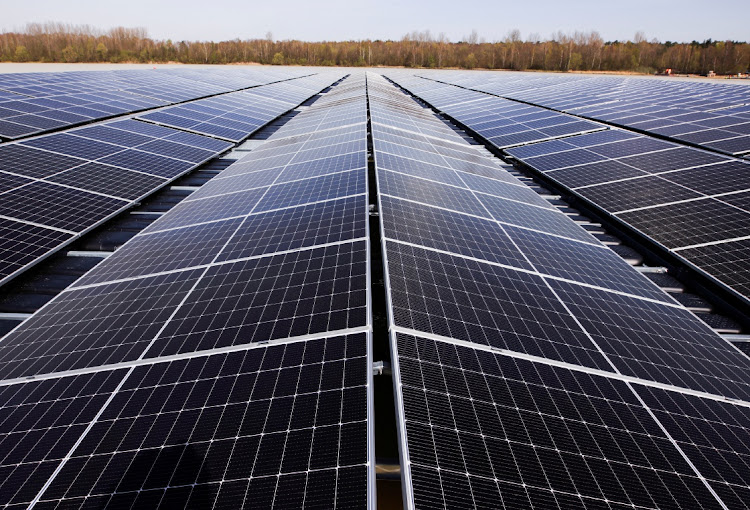 Los Angeles — US renewable energy developers have delayed or scrapped several big battery projects that would store electrical power on the grid in recent months, scuttling plans to replace fossil fuels with wind and solar energy.

At least a dozen storage projects meant to support growing renewable energy supplies have been postponed, cancelled or renegotiated as labour and transport bottlenecks, soaring minerals prices, and competition from the electric vehicle industry crimp supply.

One previously unreported dispute over a delayed California storage project has even wound up in court.

The slowdown in utility-scale battery installations threatens the pace of the US transition away from fossil fuels as the government seeks to decarbonise the grid by 2035. The delays could pose a threat to power reliability in states that already depend heavily on renewable energy such as California.

Storing power is vital to the expansion of solar and wind energy because it allows electricity generated when the sun is shining or wind is blowing to be used at the end of the day when consumers need it most.

The delays span states including California, Hawaii and Georgia, and battery providers including Tesla and Fluence have warned of disruptions to supply, according to a review of regulatory documents, corporate statements and interviews with project developers and power providers.

The delays, some of which have not been previously reported, range from several months to a year.

“I have not seen a nascent industry challenged on so many fronts,” said Jamal Burki, president of IHI Terrasun Solutions, the US energy storage arm of Japanese heavy equipment maker IHI Corp.

European energy storage projects are also facing delays, but that region lags the US in the development of grid-scale storage, making the issue less severe.

Ben Guest, fund manager at Gresham House Energy Storage Fund, which invests in battery projects in Britain, said he has seen two- to three-month delays in projects primarily due to component shortages and shipping challenges.

Energy storage makes up about 3% of US operating clean energy capacity and has been growing rapidly. Installations soared 170% in the first quarter to 758MW, according to the American Clean Power Association, roughly enough capacity to power 144,000 homes.

But the pace is dipping below forecasts. Energy research firm Wood Mackenzie said it may revise down its outlook for US storage installations of 5.9GW this year because of the rising evidence of market disruptions, after 2021 installations came in at about two-thirds of what it initially expected.

Prices for lithium-ion batteries, three-quarters of which are produced in China, have soared as much as 20% since last year as lithium and nickel costs rise, Covid-19 lockdowns disrupt manufacturing, and transport constraints slow shipments.

Robust demand for batteries from makers of electric vehicles (EVs) has also been a headwind, industry officials said. Battery manufacturers are favouring the EV market because their orders are more predictable compared with the lumpy, project-based orders from power storage developers.

“When the pullback happens, it’s felt worse by the storage industry than it is by the electric vehicle industry,” said Andy Tang, vice-president of energy storage and optimisation at storage developer Wartsila. “We’re a difficult customer.”

Recent turmoil in the solar industry, caused by uncertainty about potential tariffs on Asian imports, has also affected storage development. Constructing storage alongside solar allows facilities to claim a federal tax credit that isn’t available for stand-alone batteries. The US government announced this week it would waive tariffs for two years on panels from countries affected by a commerce department investigation in an attempt to revitalise solar installations.

These obstacles have raised questions about the fate of about 14.7GW of US battery storage in development, some of which state authorities had hoped would already be in place to prevent blackouts.

Among recent delays is 535MW of storage that Ameresco is developing for Southern California Edison, one of the state’s biggest utilities. It expects just 300MW to be online by its August target.

The developers of the projects,which were originally supposed to come online this year and in 2022, have warned of delays between six and 12 months, Stedman said.

In March EDF had asked to increase the price for the project’s still-unfinished energy storage component by $76.8m — a 233% increase, according to the complaint filed on May 9 in California state court in Santa Clara County.

The disruptions have concerned state officials, already dealing with perennial power shortages during peak summer demand. Governor Gavin Newsom said in April the state had been counting on new battery storage projects, many of which were procured after rolling blackouts in August 2020, to shore up summer reliability.

“Delays in the online dates of these projects are a very real concern,” California Public Utilities Commission spokesperson Terrie Prosper said in a statement.

Battery storage needs to reach 585GW by 2030 to decarbonise the global power sector, a 35-fold increase from 2020, according to the International Energy Agency says.

“If you can’t get the batteries manufactured and reliably delivered at a price point that is coming down ... you’re going to slow the ability of batteries to accelerate the transition,” said Jim Kapsis, founder of the Ad Hoc Group, a climate technology advisory firm.

In Hawaii, utility Hawaiian Electric is experiencing delays in solar and storage projects that it contracted to help replace the state’s only coal-fired power plant that’s set to be decommissioned in September. Canada’s Innergex Renewable Energy, which is developing four projects, said on a conference call last month that it was seeking to renegotiate the terms of the deals — including the price and timing — after receiving force majeure notices from its battery supplier, Tesla.

Hawaiian Electric spokesperson Sharon Higa said the utility expected just 39MW of the 378.5MW of solar and storage it procured to be in service before the coal-fired plant’s decommissioning.

Innergex and Tesla didn’t respond to requests for comment.

Earlier this year Tesla CEO Elon Musk acknowledged in a conference call that the company had prioritised EV battery supplies over stationary storage.

Last month Fluence said it has issued force majeure notices on three contracts because its battery suppliers in China weren’t able to fulfil their obligations. It said it had also raised prices on new contracts by 15%-25% and would price future contracts based on raw material indices to guard against volatility.

Any plans to invest in new coal-fired power would also be  inconsistent with SA's commitment to reduce carbon emissions, US Treasury official tells ...
National
3 weeks ago

However the draft plan ‘falls short’, says the Greens Party, with no clear indication how the proposal would meet national emissions reduction targets
News
3 weeks ago
Next Article