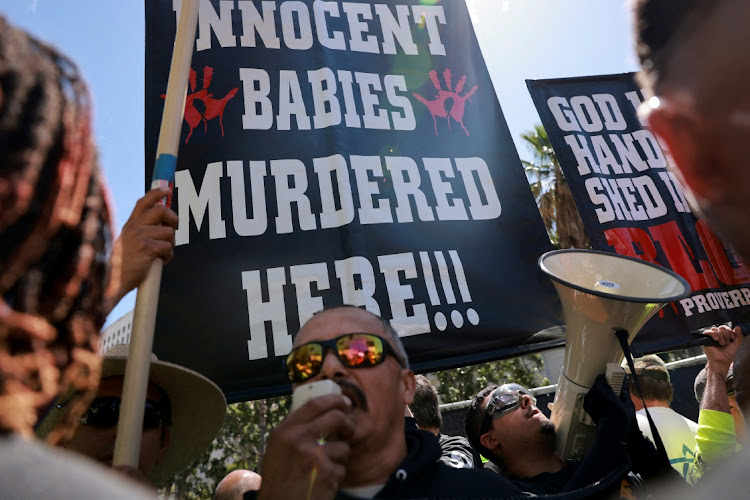 Artist Molly Dickson swung into action when a leaked opinion suggested the US Supreme Court was set to scrap Roe v Wade, hurrying to pull together a collection of non-fungible tokens (NFTs) to raise money for abortion rights groups.

Dallas-based Dickson had already raised about $30,000 for abortion access in Texas after the state’s near-total ban by selling a selection of NFTs — digital assets often linked to an image or piece of artwork and bought with cryptocurrency.

With this month’s leak suggesting nationwide abortion rights were at risk, Dickson and her partners — Madison Page and Audrey Taylor Akwenye — decided to launch a much larger selection of NFTs with a fundraising target of $3m.

“When the leak occurred we decided we needed immediate, bold action for pro-choice organisations that help fund abortion access,” said Dickson and Page, whose collection is called Computer Cowgirls.

They said a traditional Web-based fundraising campaign would have struggled to gain the same amount of interest from donors.

“So much money is pouring into crypto. We get a lot more attention,” they said, without specifying how much they had raised since putting the new selection of 10,000 brightly coloured NFTs on sale.

Donations to abortion rights groups in the US have surged since the publication of the leaked opinion that would strike down the landmark 1973 Roe v Wade case that established the right to abortion.

Increasingly, some of these donations are in cryptocurrency, with contributions of nearly $70m to non-profit organisations in 2021 on The Giving Block online platform, a rise of more than 1,000% from the previous year, according to the company.

NFT projects donated more than $12m to charities via The Giving Block last year, its data showed. The average cryptocurrency donation was also bigger — more than $10,000 — compared with the average online cash donation of $128.

Cryptocurrencies like bitcoin are “well-suited” for abortion rights groups because they offer more privacy than other digital payments, said William Luther, an associate professor of economics at Florida Atlantic University.

“It’s especially useful to donors, given the risk of reprisal from antiabortion activists,” said Luther, who researches cryptocurrencies.

Cryptocurrencies are increasingly being adopted as an investment and as a hedge against inflation and instability.

Yet they are highly volatile, shedding about $800bn in market value earlier in May, and more countries are clamping down on them, citing risks to financial stability and consumer protection.

Raising crypto for a cause came into focus earlier in 2021 as Ukraine’s government appealed for donations of bitcoin and other digital tokens to help counter the Russian invasion.

UkraineDAO, or decentralised autonomous organisation, raised more than $6m from the sale of NFTs of the Ukrainian flag. A separate auction of NFTs last week was for medical aid.

Some advocates say that DAOs — in which online communities use digital record-keeping technology blockchain to allow members to propose and vote on decisions about how the organisation is run — could be a model for businesses.

Now, Dickson and Page have set up CowgirlDAO to fund abortion rights groups in the US, with about 200 DAO members voting on proposals for funding and beneficiaries.

“Our inspiration was UkraineDAO,” they said.

“We intend to use these mechanics to mobilise a community of pro-choice activists and art collectors through CowgirlDAO.”

But only 16% of Americans — most of them men — have experience with cryptocurrencies, according to a 2021 survey by the Pew Research Center.

And while NFTs have seen surging interest, with sales exceeding $24bn in 2021 compared with just less than $95m the year before, there has also been a huge uptick in fraud and growing pushback on environmental and economic concerns.

While non-profit organisations including the UN children’s fund Unicef and Save the Children accept cryptocurrency donations, most abortion and healthcare providers do not yet accept crypto. Some are beginning to embrace them.

“As crypto continues to be an increasing trend among philanthropists, [IPPF] sees crypto as a catalytic fundraising medium,” a spokesperson said.

“Cryptocurrencies tend to be more volatile than other assets. Organisations accepting cryptocurrencies also face a reputational risk, as they might be accused of supporting money laundering or contributing to climate change,” he said.

The unique proposition of the blockchain — in which every transaction is immutably preserved and can be traced — poses risks to those getting abortions and to those paying for them, noted Bennett Tomlin, co-host of the podcast Crypto Critics’ Corner.

“The end result of transferring funds on a public ledger that is easily surveilled to people who are trying to do dangerous things has a lot of potential externalities,” he said.

Still, Dickson and Page said DAOs such as CowgirlDAO can become influential in funding abortion access as they are a “more democratised way” of crowdsourcing resources.

“The community shapes the project on an ongoing basis. And because they have ownership status in the asset collection, the incentive to participate is so much more powerful.”