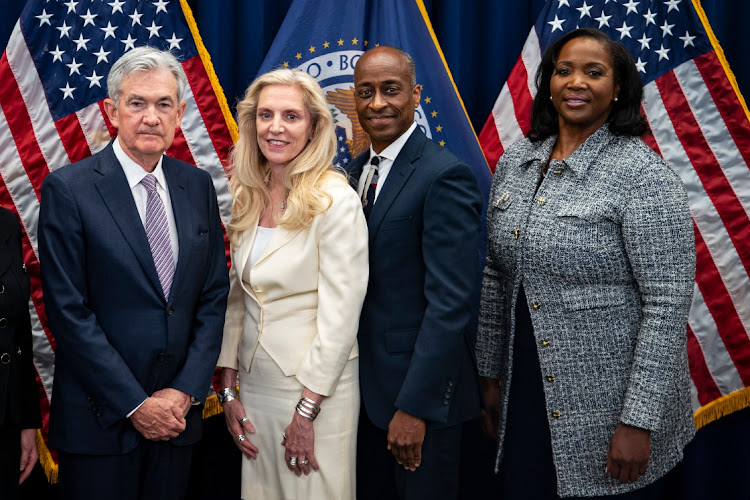 US Federal Reserve chair Jerome Powell, left, Fed vice-chair Lael Brainard and Fed board governors Philip Jefferson and Lisa Cook during their swearing in ceremony in Washington, DC, the US, May 23 2022. Picture: AL DRAGO/BLOOMBERG

Federal Reserve chair Jerome Powell was formally sworn in on Monday to begin his second four-year term as head of the US central bank as it aims to tame the highest inflation in four decades without tipping the economy into recession.

Also sworn in on Monday were Lael Brainard as the Fed's new vice-chair, and the two newest members of the Fed’s board of governors, Philip Jefferson and Lisa Cook, the Fed said in a statement.

Powell was nominated for his first term as Fed chief by former president Donald Trump, and then was chosen by President Joe Biden last November to serve another four years. The former private equity lawyer survived severe criticism from Trump during his first term at the helm of the central bank.

The US Senate voted on May 12 to confirm Powell to the post with bipartisan backing. Powell has served on the Fed’s board since 2012.

Cook is the first black woman to serve on the Fed’s board. This is also the first time the Fed will have had more than one Black policymaker at the same time.

The swearing in means six of the seven seats on the Fed’s board are filled just weeks before the central bank's June 14-15 policy meeting, at which it is expected to raise its benchmark overnight lending rate by half a percentage point as it battles inflation.

Jefferson was most recently dean of faculty at Davidson College, and has written extensively about poverty. Cook was an economics professor at Michigan State University where her research focused on the economic impact of gender and racial inequality. 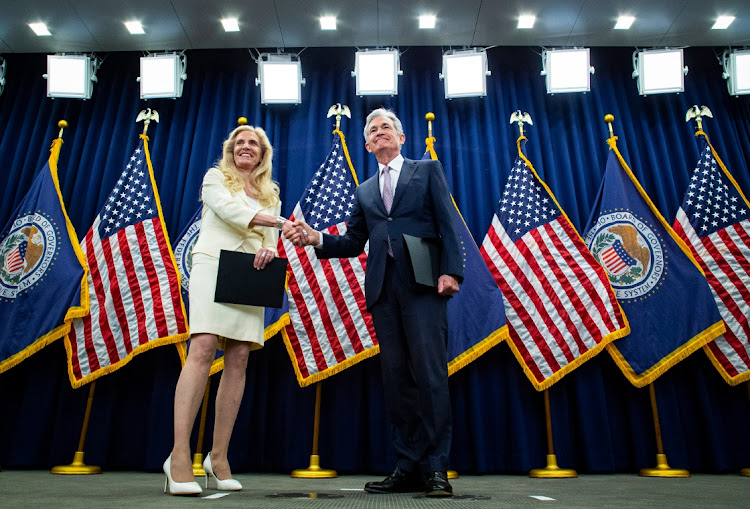 US Federal Reserve chair Jerome Powell, right, shakes hands with Lael Brainard, Fed vice-chair, following taking the oath of office during a ceremony in Washington, DC, the US, May 23 2022. Picture: AL DRAGO/BLOOMBERG

Neither is expected to have an immediate impact on the Fed’s monetary policy trajectory, decided at regular meetings throughout the year by the Fed board and the presidents of the 12 regional Fed banks.

Powell has promised to keep pushing on rate hikes until there is clear and convincing evidence that inflation is dropping.

Traders of futures tied to the Fed’s policy rate are betting that means that the overnight lending rate between banks — currently in the 0.75%-1% range — will rise to 2.75%-3% by the end of the year, high enough to start putting the brakes on economic growth.

Latest report underscores the breadth of price increases and suggests high inflation will persist for some time.
News
1 month ago