Brazil's leader also urges the state oil firm not to raise fuel prices, warning it would provoke a ‘national convulsion’ 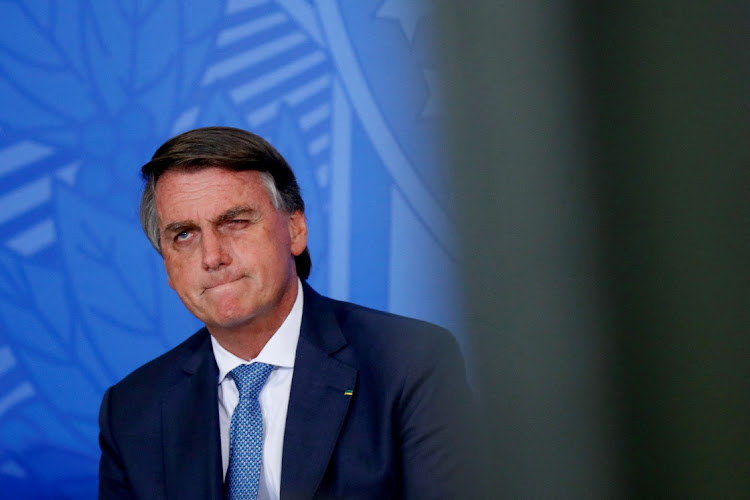 Adolfo Sachsida will step in as energy minister, replacing Bento Albuquerque, a retired admiral in the Brazilian navy who has been in the post since Bolsonaro took office in January 2019.

Albuquerque was sent packing because he resisted pressure to change the pricing policy at Petrobras or create major fuel subsidies, according to three people familiar with the matter.

Moments later, Petrobras posted a quarterly profit of roughly $9bn, almost 40 times higher than the same quarter a year earlier. On Monday, Petrobras hiked diesel prices by 9%, saying the increase was in line with its policy of tracking global rates.

Sachsida, the new head of the mines & energy ministry, has also been part of Bolsonaro’s government since January 2019, first as economic policy secretary under economy minister Paulo Guedes and then as his senior strategic adviser.

Sachsida said in a post on Twitter that the new role will be the biggest challenge of his career.

“I thank President Bolsonaro for his trust, minister Guedes for his support and minister Bento for his work for Brazil.... With a lot of work and dedication, I hope to be up to this challenge,” he said.

Petrobras shares in Sao Paulo rose about 3% in afternoon trading, outperforming the nation's benchmark Bovespa equities index, which was up around 1%.

Bolsonaro has previously said he does not have the ability to step in and cut fuel rates significantly as Petrobras does not have enough refining capacity to be a price maker. Bolsonaro sacked the CEO of Petrobras in April, only to replace him with a staunch defender of market pricing.

Albuquerque, however, had been seen as a bulwark against political interference at the firm, a particularly acute threat as inflation becomes a central issue in this year's presidential election. Bolsonaro’s top challenger is former leftist President Luiz Inacio Lula da Silva, and two opinion polls published on Wednesday showed Lula making gains for the first time this year, extending his lead over Bolsonaro.

Albuquerque and the replaced Petrobras CEO, retired army Gen Joaquim Silva e Luna, are two recent examples of former military officers in Bolsonaro’s government being cast aside as he gears up for the October election.