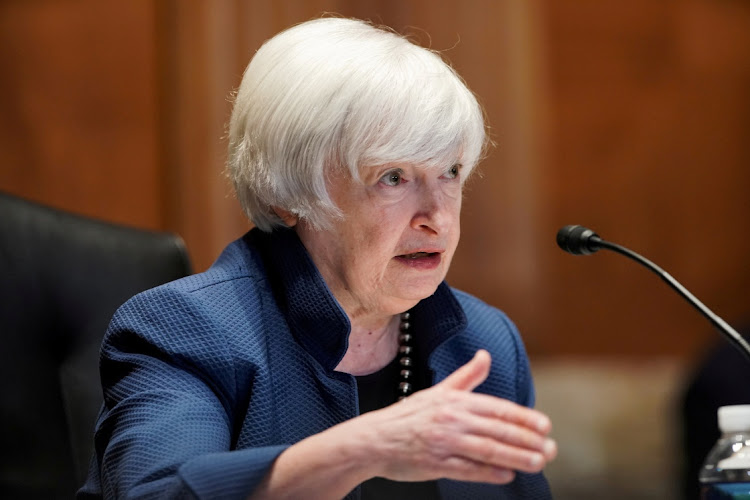 Washington  — US treasury secretary Janet Yellen on Tuesday said eliminating women’s access to abortion would have “very damaging effects” on the US economy, keeping some women from completing their educations and reducing their lifetime earnings potential and participation in the labour force.

Yellen’s comments at a Senate banking committee hearing came just over a week after the leak of a draft US Supreme Court decision that would overturn Roe vs Wade, the landmark 1973 ruling that established a constitutional right to abortion. The pending decision has raised fears that many more states would enact far-reaching abortion restrictions.

Yellen, the first female Treasury secretary, said in response to a senator’s question that research has shown that Roe vs Wade had a favourable impact on the wellbeing of children and that denying women access to abortions increases their odds of living in poverty or on public assistance.

“I believe that eliminating the rights of women to make decisions about when and whether to have children would have very damaging effects on the economy and would set women back decades,” Yellen said.

Yellen’s comments drew a rebuke from Republican Senator Tim Scott of South Carolina, who said her framing of the economic consequences of the abortion debate were “harsh” and inappropriate for such a painful social issue.

“I think people can disagree on the issue of being pro-life or pro- abortion. But in the end, I think framing it in the context of labour force participation, it just feels callous to me,” said Scott, adding that he was raised by a black single mother in poverty.

Yellen responded by saying that reproductive rights allow women to plan “fulfilling and satisfying” lives, which includes having the financial resources to raise a child.

“In many cases, abortions are of teenage women, particularly low-income and often black, who aren’t in a position to be able to care for children, have unexpected pregnancies, and it deprives them of the ability often to continue their education to later participate in the workforce,” Yellen said.

“So there is a spillover into labour force participation, but it means the children will grow up in poverty and do worse themselves,” Yellen said. “This is not harsh. This is the truth,” she added.

Fellow Democrats came to Yellen’s defence, including senator Catherine Cortez Masto of Nevada, who admonished Scott not to “impose your experience and your circumstances on others until you walk in their shoes”.

Senator Tina Smith, a Minnesota Democrat and another member of the banking panel, told CNN that Yellen was expressing a fundamental truth about women’s autonomy.

In the US, the end of national abortion rights could be closer than we think. In SA, laws to permit terminations don’t have to be in trouble — people ...
News & Fox
1 week ago

Should Roe v. Wade be overturned, demand for safe, effective abortion pills will surge — but the US anti-abortion movement uses national and state ...
Businessweek
2 weeks ago