Fed’s decision has major implications for emerging-market policymakers, such as SA’s Reserve Bank 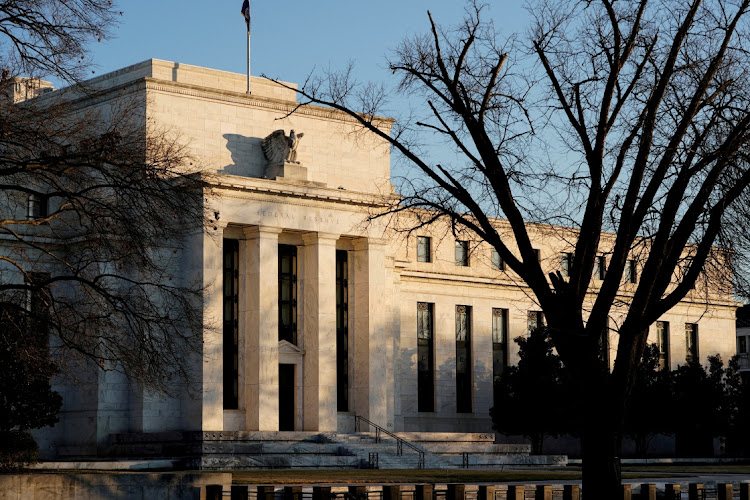 The Federal Reserve building in Washington, the US. Picture: JOSHUA ROBERTS/REUTERS

Washington — The US Federal Reserve on Wednesday raised its benchmark overnight interest rate by half a percentage point, the biggest jump in 22 years, and said it will begin trimming its bond holdings next month as a further step in the battle to lower inflation.

The decision has major implications for emerging-market policymakers, such as SA’s Reserve Bank, which may come under pressure to match its pace of rate increases to safeguard the yield advantage of holding assets denominated in their currency and contain inflation that might come through a weaker exchange rate.

The Bank has lifted its repo rate three times in each of the past three meetings and is due to next decide on policy on May 19, amid growing speculation it might increase the pace and raise the repo rate by 50 basis points (bps) to 4.75%.

Ahead of the US decision, the rand was among the more volatile major currencies. In the two weeks to April 29, it slid more than 7%, almost wiping out its 2022 gains. It extended that with a 2% drop on Monday during thin holiday trading, which it then more than reversed on Tuesday.

It was trading at R15.70/$ shortly after the Fed decision, 0.5% firmer after being slightly weaker earlier in the day. The currency may still get support from bond yields, which move inversely to the price. The yields climbed towards 10% for 10-year securities, compared with about 3% for similar US treasuries before SA markets closed on Wednesday.

The Fed set its target federal funds rate to a range between 0.75% and 1% in a unanimous decision, with further rises in borrowing costs of perhaps similar magnitude likely to follow.

Despite a drop in GDP over the first three months of the year, “household spending and business fixed investment remain strong. Job gains have been robust,” the rate-setting federal open market committee said in a statement after the end of its latest two-day policy meeting in Washington.

Inflation “remains elevated”, with the war in Ukraine and new coronavirus lockdowns in China threatening to keep pressure high, it said.

“The committee is highly attentive to inflation risks.”

The statement said the Fed’s balance sheet, which soared to about $9-trillion (R141-trillion) as the central bank tried to shelter the economy from the Covid-19 pandemic, would be allowed to decline by $47.5bn a month in June, July and August and the reduction would increase to as much as $95bn a month in September.

Policymakers did not issue fresh economic projections after this week’s meeting, but data since their last gathering in March has given little sense that inflation, wage growth or the torrid pace of hiring had begun to slow.

US stock markets moved higher after the announcement, while yields on government bonds were little changed. The dollar weakened modestly against a basket of major trading partners' currencies.

Interest rate futures continued to reflect bets that the Fed will raise its policy rate to the 3%-3.25% range by the end of the year, according to CME Group's FedWatch tool, a pace that would include several 50 bps rate hikes to achieve.

The Fed “also signalled an aggressive path of further rate hikes, reiterating the recently stated desire to raise rates to their neutral level as soon as possible”, said Michael Brown, head of market intelligence for Caxton in London.

The number of job openings reaches 11.5-million in March as employers struggle to fill vacancies
World
2 weeks ago
Next Article

ECONOMIC WEEK AHEAD: Absa PMI and new vehicle sales to take the spotlight

ECONOMIC WEEK AHEAD: Absa PMI and new vehicle sales to take the spotlight