Bolsonaro has questioned Brazil’s e-voting system and made baseless claims of fraud in the 2018 race, stirring concern that he may not accept the results of the October election 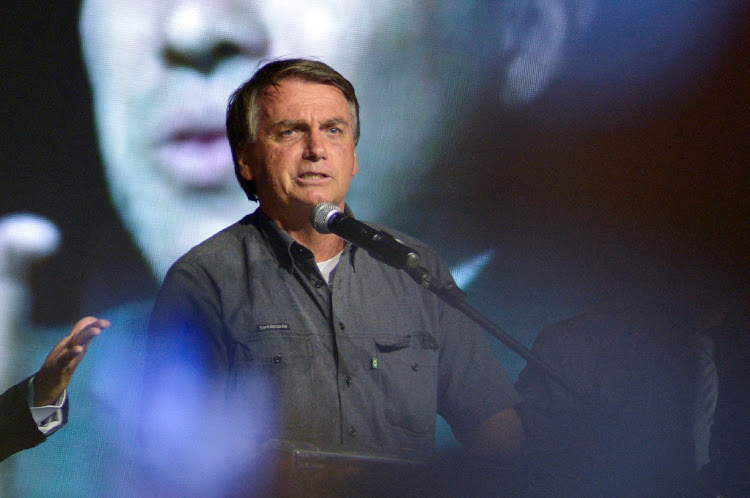 Brasilia — Brazil’s Supreme Electoral Court (TSE) has cancelled an invitation for the EU to send observers for the October election after President Jair Bolsonaro’s government objected, two sources and an EU spokesperson said on Tuesday.

The TSE, Brazil’s top election authority, told Reuters in April that it had invited the EU for the first time to observe this 2022’s general election, when Bolsonaro will seek re-election.

Two days later the foreign ministry objected, saying Brazil had never had its elections “evaluated by an international organisation of which it is not a member”.

Two sources with knowledge of the matter said the invitation had been cancelled. The TSE did not immediately comment, but a statement was expected later on Tuesday.

Bolsonaro has questioned the validity of Brazil’s electronic voting system and made baseless allegations of fraud in the 2018 race, stirring concerns that he may not accept the results of the October election.

The EU said it had received an invitation letter from the TSE in March to send a team to explore the “usefulness, advisability and feasibility” of having an observation mission for the first time in Brazil for the elections.

“However, the TSE has since advised us that they will not pursue their request from March, due to reservations expressed by the Brazilian government,” Peter Stano, spokesperson for foreign affairs for the European Commission, said. “Under these circumstances, we will not send an exploratory mission to Brazil to assess a possible EU observer mission.”

Other international groups and institutions invited to send observers include the Organization of American States (OAS), the US-based Carter Center, the parliament of South American trade bloc Mercosur and the Washington-based International Foundation for Electoral Systems (IFES).

Opinion polls show leftist former president Luiz Inacio Lula da Silva has a comfortable lead over Bolsonaro, though his advantage has been eroded in recent surveys.

Bolsonaro joked about observer missions last week, telling supporters he wanted to give the elections “an air of legality” by inviting foreign observers who, he said, would just watch.

Chancellor Olaf Scholz pledged €10bn to help India achieve its climate goals  as it seeks to diversify its trade relations in Asia to reduce its ...
World
3 weeks ago

What happens when the last retail acquisition target is gobbled up?

Annual forest-loss data from the World Resources Institute shows nations lagging behind their 2030 pledges, except Indonesia
News
4 weeks ago