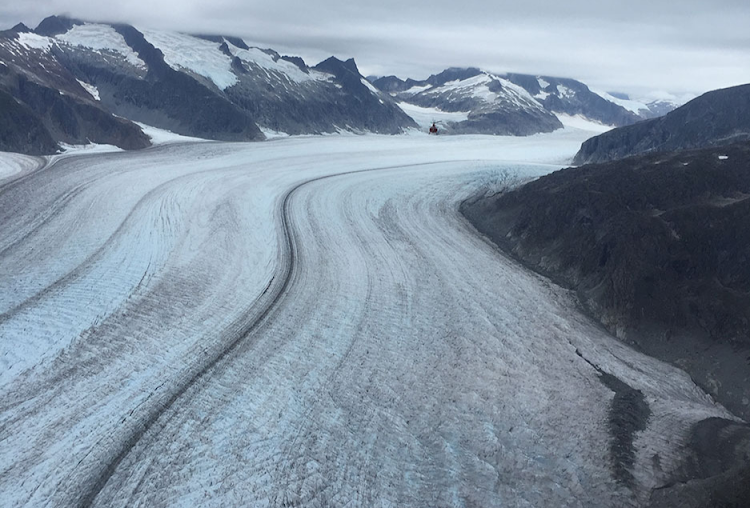 The world's warming climate has triggered the collapse of a mountain slope in a popular Alaskan national park, as well as the thawing of environmentally critical permafrost. Picture: SUPPLIED

Anchorage — For 50 years, visitors to Alaska's Denali National Park were ferried by shuttle buses along a 92-mile road to take in sweeping vistas, watch rambling bears, moose and caribou and gaze at the snowy flanks of North America's tallest peak.

Not this year. This summer and next year, the park's sole road will remain closed at its halfway point, victim to a warming climate that has triggered the collapse of a mountain slope.

The site, called Pretty Rocks, is at a high point on the unpaved road. Since last August, it has been considered unsafe for public travel.

The landslide there used to be gradual and measured in inches per year, but it has accelerated dramatically, hastened by thawing of the underlying layers of once-perpetually frozen soil known as permafrost.

By last August, the slope was moving more than a foot (30cm) a day, according to the National Park Service (NPS). Most recently, workers preparing for the start of the park's summer season found that over the winter, the crumbling road section had nearly cleaved away from the slope entirely, dropping 40 more feet.

The slope movement discovered earlier this month was “not a surprise, but still a shock,” said Brooke Merrell, the park’s acting superintendent.

“The Pretty Rocks landslide is a really dramatic and highly visible example of the connection between climate change and the new geologic equilibrium we're trying to maintain the road with,” Merrell said.

The effects of warmer temperatures and thawing permafrost in Denali are a signal for wider changes to come, she said.

“We're kind of a window into the future for the rest of the country.”

About 85% of Alaska's land and a quarter of the ground surface in the northern hemisphere is underlain with some amount of permafrost. Severe erosion and slides from subsurface thaw have already begun to wreak havoc on roads, utilities and other infrastructure.

Experts at the Woodwell Climate Research Centre in Massachusetts also warn of longer-term climate consequences directly from thawing, because the world's permafrost now holds about twice as much carbon as is in the atmosphere.

Under a scenario some scientists have called a carbon bomb, thawing permafrost could release huge amounts of carbon dioxide, methane and other greenhouse gases, accelerating global warming in a vast feedback loop.

The shorter term will require myriad adjustments to adapt to shifting landscapes, such as those playing out in Denali.

The fact that people have to fly in and out [of the park] right now is clearly due to warming conditions in the ground.

Over at least the next two years, the NPS plans to build a 400-foot (120m) suspension bridge to carry buses and visitors above the thaw-induced landslide.

Construction of the bridge and associated road improvements, expected to cost $91m, will be a major disruption for one of Alaska's most-visited tourism destinations. The national park draws about 600,000 visitors in a typical year.

But the project is the only feasible way to continue road access, officials say.

Denali has been the fastest-warming US national park over the past half-century, according to the NPS, and that heating trend has accelerated. Denali is now about 2°C warmer than it was in the decades before 2014, according to a NPS report published last year.

About half of the park's landscape lies atop near-surface permafrost, though most of that, with a temperature close to thaw, is only marginally frozen, according to a baseline study by University of Alaska Fairbanks (UAF) experts.

By mid-century, only 6% Denali will have near-surface permafrost, according to that 2014 study, and by the end of the century, only 1% will be left, primarily on north-facing slopes of high mountains.

The Pretty Rocks site, where a particularly vulnerable mix of stony material and ice form a rock glacier over the permafrost, is the most critical and dangerous spot along the park road. But about 150 thaw-triggered slides have been identified along the entire corridor.

Those have posed additional geohazards in the past that could worsen, Merrell said.

This year, despite limited visitor access to a large swathe of the landscape, Denali is expecting a busy tourism season, Merrell said.

Among this year's visitors will be well-heeled guests at private tourist lodges located at the end of the park road. Those lodges are offering fly-in-only access that has driven up prices to over $1,000 a night.

Guests who opt for that service will get an up-close experience with climate change, said Simon Hamm, owner of Camp Denali, one of the lodges.

“The fact that people have to fly in and out right now is clearly due to warming conditions in the ground,” Hamm said.

Beyond concerns about safety, an inability to retain and recruit firefighters is causing challenges for the fire-fighting programme
World
1 month ago

The miner’s chair says demand for thermal coal is expected to be robust, particularly in key export markets
Companies
1 month ago

Milton Segal, executive director of standards for the SA Institute of Chartered Accountants, says the KwaZulu-Natal floods have brought home the ...
Business
1 month ago
Next Article