A watchdog group, Media Matters for America, has however warned against exactly what some Republicans cheered 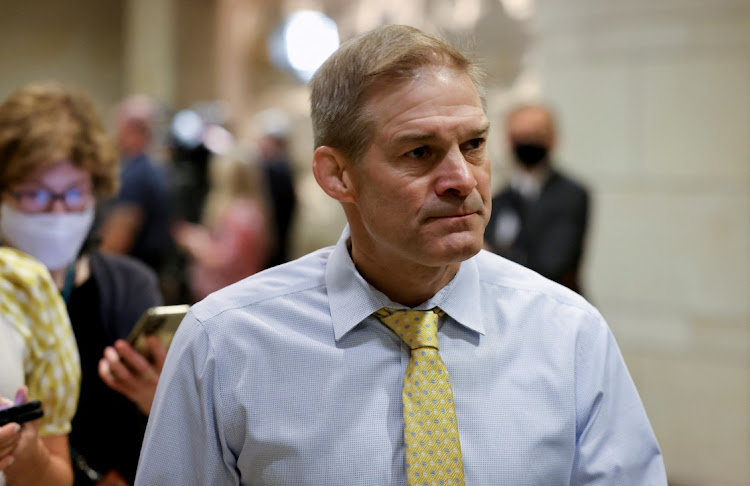 US Representative Jim Jordan at a Republican caucus meeting in Washington, US. File photo: REUTERS/EVELYN HOCKSTEIN

Washington — Republicans in the US House of Representatives welcomed reports that Twitter is poised to agree to a sale to Elon Musk and called on the Tesla CEO to return former President Donald Trump to Twitter.

But a watchdog group, Media Matters for America, warned against exactly what some Republicans cheered.

“There is still time for Twitter’s board to prevent some of the worst harms. Any negotiations to sell Twitter to Musk must include clear enforceable mechanisms to uphold and maintain existing community standards, including the removal of those who violate those standards,” said Angelo Carusone, president of the non-profit group.

US Representative Jim Jordan, a member of the Freedom Caucus of conservative House Republicans, said he hoped the deal would go through.

Jordan and other Republicans have been critical of Twitter for banning Trump and other notable conservatives.

Twitter banned Trump’s account due to the risk of further violence after the US Capitol was stormed on January 6, 2021.

Last week, a group of 18 US House Republicans sent Twitter board members a letter asking them to preserve all records and materials relating to Musk’s offer to purchase Twitter, laying the groundwork for a potential investigation.

The Republicans are in the minority in the House, which is controlled by the Democrats.

Musk, and other defendants in a shareholder lawsuit over the tweet, asked a judge to certify the order so it can be appealed
World
2 months ago