Politically sensitive fuel prices account for more than half of the rise in CPI, which had the largest year-on-year gain since 1981 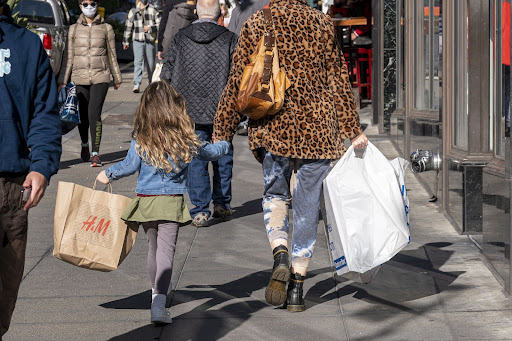 Washington  — US monthly consumer prices increased by the most since 2015 in March as Russia’s war against Ukraine boosted the cost of fuel to record highs, cementing the case for a 50 basis points interest rate hike from the Federal Reserve in May.

In the 12 months through to end-March, the consumer price index accelerated 8.5%, the largest year-on-year gain since December 1981, after a 7.9% jump in February. It was the sixth straight month of annual CPI readings north of 6%. Last month’s increase in inflation was in line with economists' expectations.

The acceleration in prices reported by the labor department on Tuesday culminated in annual inflation rising at its fastest pace since the end of 1981. But there is cautious hope that the worst of the post-pandemic inflation surge is behind.

Monthly underlying inflation pressures moderated as goods prices, excluding food and energy, dropped by the most in two years. Further declines in the so-called core goods prices are likely as demand shifts back to services amid the rolling back of Covid-19 restrictions on businesses.

"The Fed will take a tiny bit of comfort from today's report, but it still has much work to do to restore price stability," said Sal Guatieri, a senior economist at BMO Capital Markets in Toronto.

CPI jumped 1.2% in March, the biggest monthly gain since September 2005. The CPI advanced 0.8% in February. An 18.3% surge in fuel prices, the largest since June 2009, accounted for more than half the increase in the CPI.

Inflation was already a headache before Moscow's invasion of Ukraine, which unleashed a barrage of sanctions, including the banning of Russian oil imports by the US.

Americans are not the only ones reeling from high inflation, which was initially fuelled by huge amounts of money doled out by governments across the globe to cushion against the devastating impact of the coronavirus pandemic.

The Russia-Ukraine war, now in its second month, has led to a global surge in food prices as the two nations also are major exporters of commodities like wheat and sunflower oil.

"If not for (Russian President Vladimir) Putin’s imperialist ambitions, inflation would still have accelerated this month, though not nearly as much," said Chris Low, chief economist at FHN Financial in New York.

Inflation increased broadly last month, with food prices rising 1%. The cost of food consumed at home climbed 1.5% as all grocery categories posted big gains. Groceries increased 10% year on year, the most in 41 years. But the cost of dining out grew less, with prices of food consumed away from home rising 0.3%, the smallest gain in a year.

Stocks on Wall Street were higher. The dollar was steady against a basket of currencies. US Treasury yields fell.

The strong CPI readings followed on the heels of news last month that the unemployment rate fell to a new two-year low of 3.6% in March.

The US Federal Reserve in March raised its policy interest rate by 25 basis points, the first hike in more than three years. Minutes of the policy meeting published last Wednesday appeared to set the stage for big rate increases down the road. The Fed is expected to soon begin trimming its asset portfolio.

High inflation and the Fed’s hawkish posture have left the bond market fearing a US recession, though most economists expect the expansion will continue.

Many believe March could mark the peak in the annual CPI rate, but caution that inflation would remain well above the Fed’s 2% target at least through 2023. Fuel prices have retreated from record highs and last year’s high inflation readings will also start falling from the CPI calculation.

There is also a sense that consumers, confronted with declining purchasing power, are becoming more price conscious, which could make it harder for businesses to pass on higher price. Inflation-adjusted weekly earnings fell 1.1% in March.

A second straight monthly decline in prices of used cars and trucks restrained the core CPI to a 0.3% rise after increasing 0.5% in February. Core goods fell 0.4%, the biggest drop since April 2020. That blunted part of a 0.5% gain in shelter costs, which accounted for nearly two-thirds of the rise in core CPI.

While a key measure of rents, owners’ equivalent rent of primary residence, advanced, the pace slowed a bit to 0.43% from 0.45% in February. The core CPI rose 6.5% in the 12 months through March, the largest gain since August 1982, after advancing 6.4% in February.

Though demand for goods is cooling, increased appetite for services will keep inflation simmering. Further disruptions to supply chains from the Russia-Ukraine war and lockdowns in China to contain a resurgence in Covie-19 infections are also seen keeping prices for some goods elevated. Workers, squeezed by inflation, are demanding large wage increases.

"We expect demand for goods to waver as spending pivots back toward services, and this transition should temper goods inflation," said Michael Pugliese, an economist at Wells Fargo in New York. "Pent-up demand for travel should lead to a few more months of solid gains for airfare and lodging prices, but there will likely be less scope for catch-up come autumn."

Inflation in the world’s biggest economy accelerated to 8.5% in March, prompting fears of more aggresive rate hikes by the Fed
Markets
4 months ago