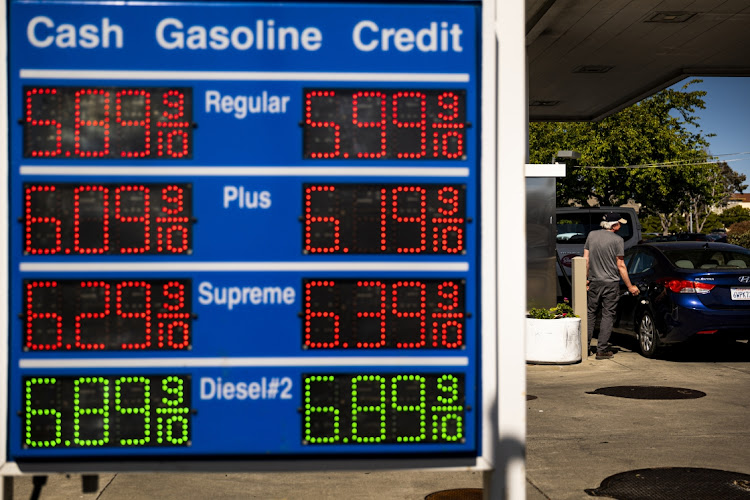 Washington — The gusher of money the US government poured into family bank accounts during the coronavirus pandemic, credited with speeding up the rebound from the health crisis, may now help limit the economic damage from Russia’s invasion of Ukraine.

As analysts have begun parsing what sky-high oil prices and new uncertainty might mean, a common theme has emerged: US consumers may get gouged at the petrol pump but are likely to be able to maintain much of their expected spending on other goods and services because of the savings accumulated during the past two years thanks to emergency federal programmes totalling about $5-trillion since the spring of 2020.

The war in Ukraine is a shock, they note, but one the US may have unintentionally insured itself against.

Households “have accumulated about $2.6-trillion of ‘excess saving’ in recent years relative to the pre-pandemic trend, which all else equal could be enough to cover even a sustained 50% surge in oil and natural gas prices for many years to come.”

US consumer price data on Thursday showed the pace of annual price increases jumped to 7.9% last month — the biggest year-on-year increase since January 1982 — from 7.5% in January. Even that will not reflect the brunt of commodity price increases in the two weeks since Russia invaded its neighbour.

The full effect will depend on how long the war lasts, how deeply commodity markets are disrupted and how forcefully the Federal Reserve responds to inflation, which was accelerating for reasons beyond oil prices.

The US and its Western allies responded to the February 24 invasion by imposing punishing sanctions on Russia, the world’s largest exporter of oil and oil products combined, adding to the updraft in oil prices. The price of US West Texas Intermediate (WTI) crude briefly hit $130 a barrel, from about $92 before the conflict, and ended at about $110 on Wednesday.

The average US price for regular unleaded petrol has hit a record $4.25 a gallon, though that is about $1 a gallon below the inflation-adjusted peak.

While that indicates inflation probably has further to climb, it is less clear what it will mean both for the Fed, as it debates how fast to raise interest rates, and for the US economy as it emerges from the pandemic.

Some prior oil shocks, such as the one in the 1970s, were associated with more persistent inflation that prompted the US central bank to react with aggressive rate increases. Others, such as the brief spike during the Gulf War in the early 1990s, came alongside Fed rate cuts because underlying inflation was expected to ease.

The US economy may have some room to give. Growth entering the year was strong, and even if high oil prices slow things, the outcome for the year is still likely to be solid — not the weak growth and rising prices of a true “stagflation”.

“The US has become less sensitive to energy shocks,” with a steady decline in the share of income spent on energy, Bank of America economists wrote in a note. “With Omicron cases fading, the reopening of the service sector has resumed ... Excess savings built up over the last two years can fund this rebound.”

Research on past oil shocks offers a sense of what to expect. Even as petrol prices rise, fuel consumption and driving tend to remain steady, partly out of necessity — the daily commute, driving on the job, or family chores — as well as choice.

Household budgets then adapt. One 2008 study of periods when petrol prices were high found increased bargain shopping at grocery stores and substitution into cheaper brands. One possible bellwether of such a move: shares of discount retail chain Dollar General have risen about 10% since the Ukraine war began, outpacing the broader market.

Nik Modi, a tobacco and household products analyst at RBC Capital Markets, said there was already evidence in late February before the invasion that smokers were trading down to cheaper cigarettes, a trend he expects to continue as petrol prices rise. Pump prices rose nearly 30c a gallon from the start of the year to the invasion date of February 24. They are up another 70c since.

Yet high-frequency restaurant and travel data so far shows little evidence of consumers pulling back. Corporate officials who might otherwise expect fallout from higher petrol prices said they are hopeful consumer spending will hold up.

Some studies have found rising petrol prices cause families to at least delay larger purchases, but “the effect of that might be somewhat more muted in this environment than maybe it has historically”, David Denton, CFO of home improvement chain Lowe’s, said at the UBS Global Consumer and Retail conference on Wednesday.

“In the past, when gas prices have gone up, demand in this sector has kind of gone down a little bit,” Denton said, but working from home in particular may have insulated consumers who previously commuted to work.

Other pandemic dynamics may also play out. Public transit use remains depressed but could be an acceptable option for former riders as Covid-19 infections decrease. Credit card balances are lower, giving financial space to consumers intent on spending now that social life has resumed more fully.

In addition, economists and officials have noted that higher oil prices have some potential upside in the US, with the hit to consumers offset by rising employment and investment in domestic energy production.

“Oil prices would need to rise much further from here to seriously threaten the consumer recovery,” wrote Michael Pearce, a senior US economist for Capital Economics. “For the broader economy, any hit to consumption should be mostly offset by greater investment in shale production.”

Pearce said there may even be some unintended benefits for the Fed. If rising petrol prices do curb consumer demand for some goods and services, it could ease inflation by bringing demand closer in line with available supply.

Rate hikes in part work by discouraging consumption, and the oil shock may accomplish some of that job for the Fed, which is widely expected to raise borrowing costs at the end of its policy meeting next week.

“To the extent this means domestic demand is weaker, we should be seeing less upward pressure on wages and services prices,” Pearce said.

PODCAST | Black gold: where does SA stand with oil at the moment?

Mudiwa Gavaza is joined by Koketso Mano, an economist at FNB
Economy
5 months ago
Next Article