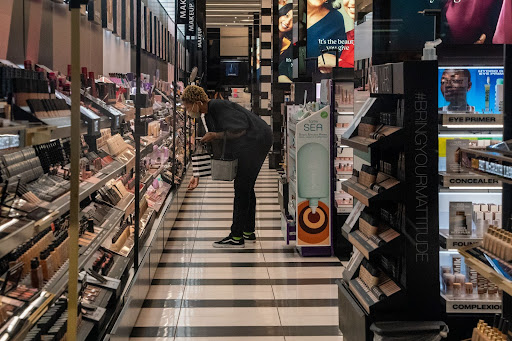 Washington  — US economic growth accelerated in the fourth quarter as businesses replenished depleted inventories to meet strong demand for goods, helping the nation to post its best performance in nearly four decades in 2021.

GDP increased at a 6.9% annualised rate last quarter, the commerce department said in its advance GDP estimate on Thursday. That followed a 2.3% growth pace in the third quarter. Economists polled by Reuters had forecast GDP growth rising at a 5.5% rate. Estimates ranged from as low as a 3.4% rate to as high as a 7% pace.

Growth in 2021 was fuelled by huge fiscal stimulus, as well as very low interest rates. The momentum, however, appears to have faded by December amid an onslaught of Covid-19 infections, fuelled by the Omicron variant, which contributed to undercutting spending as well as disrupting activity at factories and services businesses.

Fed chair Jerome Powell said on Wednesday after a two-day policy meeting that “the economy no longer needs sustained high levels of monetary policy support”, and that “it will soon be appropriate to raise” rates.

The sharp rebound in growth last year could offer some cheer for US President Joe Biden whose popularity is falling amid a stalled domestic economic agenda after the US Congress failed to pass his signature $1.75-trillion Build Back Better legislation. It, however, diminishes prospects of more money from the government.

Professor of finance at the University of Chicago Booth School of Business Raghuram Rajan discusses Fed chair Jerome Powell's comments on March interest rate increase and what to expect next. Rajan is also a former Reserve Bank of India governor.

Inventory investment accounted for the bulk of the increase in GDP growth in the fourth quarter. Businesses had been drawing down inventories since the first quarter of 2021. Spending shifted during the pandemic to goods from services, a demand boom that pressured supply chains.

Growth last quarter was also lifted by a jump in consumer spending in October before retreating considerably as Omicron spread across the country. Consumer spending, which accounts for more than two-thirds of economic activity, has been hampered by shortages of motor vehicles and other goods. A global chip shortage is hurting production.

Reduced household purchasing power, with inflation way above the Fed's 2% target, also hindered consumer spending at the tail end of the fourth quarter.

The Omicron-driven outbreak in infections has also affected the labour market, though this is likely temporary. Employers are desperate for workers, with 10.6 million job openings at the end of November.

A separate report from the labour department on Thursday showed initial claims for jobless benefits dropped 30,000 to a seasonally adjusted 260,000 during the week ended on January 22.

Despite the anticipated soft patch in the first quarter because of challenges from the ongoing pandemic, the worst inflation in decades, supply chain bottle necks and upcoming interest rate increases, the economy is expected to soldier on this year, with growth estimates as high as 3.9%.

One year Into his term, Republicans are exploiting his inability to pass legislation that would clarify his position
Businessweek
3 months ago