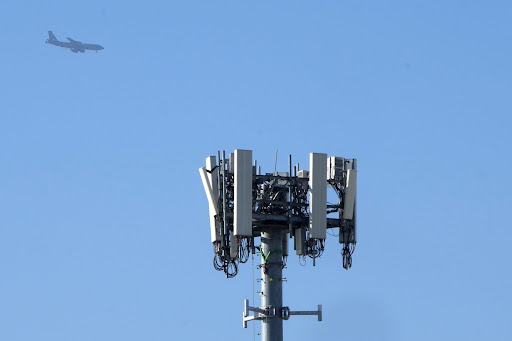 AT&T and Verizon Communications on Tuesday agreed to temporarily defer turning on some wireless towers near key airports to avert a significant disruption to US flights.

Both AT&T and Verizon will launch new C-band 5G wireless service on Wednesday but agreed to delay some deployment near airports that had threatened to result in flight cancellations.

Still, the announcements will not entirely solve the problem and officials warned they still expect some delays and issues tied to 5G involving some specific aeroplanes.

It was not immediately clear how many towers the wireless companies agreed not to activate, but airlines in recent days had proposed temporarily keeping dark 10% of towers, or about 500, sources said. Nearly all but a handful of the affected sites are Verizon towers.

Airlines have been preparing to cancel a significant number of passenger and cargo flights in the coming hours to prepare for new 5G C-Band service that starts on Wednesday, after warning on Monday of “catastrophic” consequences. Airlines are concerned that the issue could prevent them from flying Boeing 777s and other widebody jets to many key airports.

CEOs of major US passenger and cargo carriers on Monday said new 5G service could render a significant number of widebody aircraft unusable, “could potentially strand tens of thousands of Americans overseas” and cause chaos for US flights.

The airlines on Sunday asked “that 5G be implemented everywhere in the country except within the approximate 3.2km of airport runways” at some key airports.

AT&T and Verizon won significant C-band spectrum in an $80bn auction in 2021.

Update: January 18 2022
This story has been updated throughout.

Airlines have said the new variation of 5G mobile service might interfere with aircraft electronics, posing a safety hazard.
News
4 months ago

Airline officials say the new wireless signals threaten to interfere with equipment on planes, a concern the wireless industry maintains is unfounded
News
5 months ago
Next Article