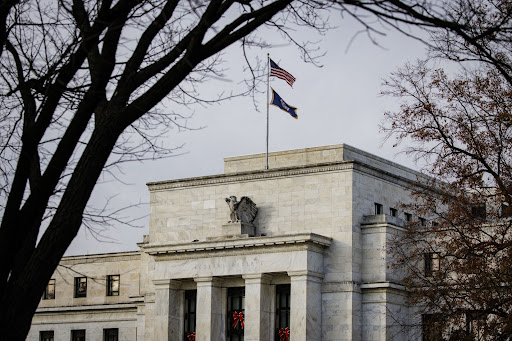 Another barometer of US Federal Reserve hawkishness is making a bigger appearance on investors’ dashboards: quantitative tightening.

Minutes from the Fed's December meeting released on Wednesday showed that officials had discussed shrinking the US central bank’s overall asset holdings as well as raising interest rates sooner than expected to fight inflation, with “many” judging that the appropriate pace of the Fed’s balance sheet reduction would be faster this time.

Investors said the hawkish signal bolsters the case for those who believe the central bank will need to act more decisively to contain inflation, and could fuel further bets on higher yields while continuing to shake up the growth and technology shares that powered 2021’s dynamic stock rally.

“There’s a real risk that the Fed is being too aggressive here,” said Scott Kimball, co-head of US fixed income at BMO Global Asset Management, who reduced his positions in high yield corporate bonds and private debt late in 2021, believing they would underperform as rates rise.

“If the Fed is reducing its presence in the market at the same time that its policies could choke off growth, that’s a pretty big walloping,” he said.

Stocks extended declines after the release of the minutes on Wednesday, led by a selloff in technology and growth shares. Bond yields, which move inversely to prices, rose, with the benchmark US 10-year yield rising to its strongest level since April 2021.

Higher yields tend to weigh on some stocks, particularly growth names, because they threaten to erode the value of future earnings.

The Fed kicked off the taper of its $120bn per month purchase of government bonds in November. A month later, it said it would aim to wrap up the taper by March rather than its midyear target, and its “dot plot” showed a more aggressive path for rate increases than investors were expecting. That led some to wonder whether the central bank might start contemplating outright balance-sheet reductions as another tool to combat surging inflation.

Fed chair Jerome Powell said after the December meeting that while policymakers hadn't decided when balance sheet run-off would start, “those are exactly the decisions we will be turning to in coming meetings”.

Some analysts had anticipated the move. Analysts at TD said in a research note that they are short 10-year real rates as the market begins to price in balance sheet runoff, saying the current rate of nearly -1% was inconsistent with higher Fed rates and a shrinking balance sheet.

However, analysts at Citi said the accelerated timeline of balance-sheet runoff could see curve-steepening over the medium-term “as the balance-sheet vs rate hike pace debate stirs”.

While the Fed held its balance sheet in a steady state for about three years after beginning its taper in 2014, soaring consumer prices now may mean that the Fed will need to be more aggressive in reducing its over-$8 trillion balance sheet this time around.

Futures on the federal funds rate on Wednesday afternoon, following the release of the Fed minutes, priced in a roughly 80% chance of a 25-basis-points rate increase by the Fed at its March policy meeting.

“The fact that the balance sheet was discussed, and in more detail than we thought, sets the market up for possibly four rate hikes this year, and perhaps starting as soon as March,” said Kim Rupert, MD of global fixed income analysis at Action Economics. “They are very afraid of inflation getting out of hand.”

“There is going to be some changes under the surface of the indexes,” Ware said.

The job market has improved, consumer credit is surging, GDP growth is up and the dollar is shining
Opinion
7 months ago